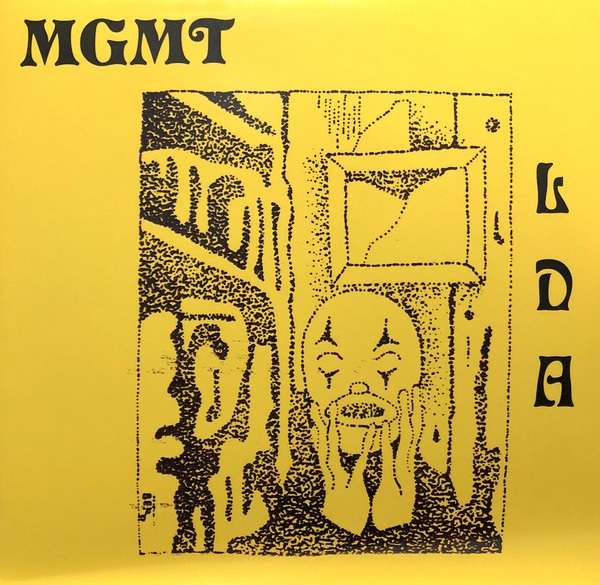 I Get It Now: MGMT’s ‘Little Dark Age’

If you want to find a band that defined the late 2000s, and my early delvings into music, you need look no further than MGMT. Released at the very end of the century in 2007, their debut album Oracular Spectacular captured the feeling of euphoric adolescence like no other, and soon became anthems of the emerging 2010s’ youth. Like many other edgy teenagers of the time, I was hooked from the start. But, as the band leant into a more absurdist sound in their next few releases, I jumped off the bandwagon, finding their new experimental delvings intriguing, but containing none of the spark that ignited my love initially.

That is, until February 2018, when I was in my first year of university, and heard whisperings about the group’s most recent release, Little Dark Age. With many critics calling the album a ‘return to grace’, my curiosity arose. Was this album the same indie-synth sound I knew and loved? With hope in my heart, I set about listening.

From the first few tracks, I was thrown. I can’t say I knew what to expect, but what I was greeted with was a sound reminiscent of the group’s earlier work, but with distinct… questionable changes. Admittedly, there were snippets of the nostalgia-fuelled sound to the I had previously adored on the opening tracks ‘She Works Out Too Much’ and ‘Little Dark Age’. But upon listening further, it was clear the band had delved head-first into electronic experimentalism, using jarring, absurdist sounds and heavily autotuned vocals to create bizarre tracks that focused on death, sadness, and heartbreak.

Emerging out of the first listen with bitter disappointment, I disregarded the release altogether.

‘When You’re Small’ was a warped piano ballad that utilized the experimental sounds to contrast a gloomy piano backing. Some tracks such as ‘Days Like This’ abandoned structure all together, opting instead for a brooding, echoing soundscape. As someone who was promised the band had returned to their former glory, I was pissed. Where was the carefree euphoric bops the group churned out in their early work? And more importantly, what was this racket they’ve replaced it with? Emerging out of the first listen with bitter disappointment, I disregarded the release altogether.

Fast-forward to December of that year. As expected with most 20-somethings away from home, my life had changed dramatically. I was now in second year, had received something of a brutally enlightening music education from working with my student newspaper, and had gained a new perspective on the album as a whole. I think it’s natural for students to shake off the last of their adolescent outlook in the first few years of being university, and having gained a newfound maturity, I could finally abandon my former indie dreams and see the album for what it really was: not a regression for the band, or an abandonment of their earlier sound, but a sign that they had grown up. Throughout the works, the duo take the synth-elements that worked about their debut album and give it an injection of oddity. The tracks still have the same electric flavour, but by adding a dash of the eccentric, the band succeeded in making something wholly more interesting.

So, what began as one of my biggest disappointments of 2018 soon became my album of the year. Little Dark Age does not shy away from being weird, and for that I thank it, as it pushed the limits of my own taste, and made me realise that ultimately, music doesn’t have to be what you expect in order to be interesting. Perhaps the biggest gift musicians can give us is music that makes us think, and Little Dark Age, with all its oddities, did exactly that. It’s a weird, engaging, and truly brilliant album that signals the band ongoing evolutions, and I for one feel honoured to have grown up beside them.