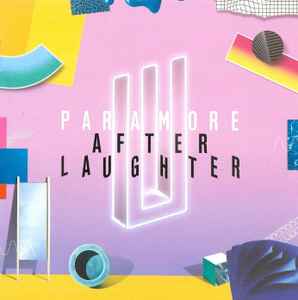 I Get It Now: Paramore – ‘After Laughter’

Two years ago, we started a feature called ‘I Get it Now’, and honestly, we missed it. Sometimes an album you now treasure was once something you couldn’t bear. We owe a lot to second listens. And since we’re on the verge of the follow-up to this record, we figured it apropos.

Many readers will probably open this article in a fit of rage over how anyone could possibly disregard this album, and rightfully so. Allow me to explain.

I believe at this moment that the biggest and most abrupt life change for me was when Paramore’s After Laughter was released in 2017. I was a 19 year old student, but I hadn’t accepted adulthood yet. Paramore narrated my typical, angsty teenage years until this record hit me with a harsh reality check.

Having a powerful, ethically minded and extremely talented front woman like Hayley Williams is the main reason people can’t get enough of this band. For miserable 21st century teenagers, the fiery red hair and angry, sometimes melancholy, lyrics were captivating. Plus, Williams was a teenager herself when the band burst on the scene, so it felt like she was one of us. Then, After Laughter introduced a whole new sound with a different lyrical focus. It was a massive U-turn from their famous style and I refused to accept it.

Once I was over my strop and listened to After Laughter in its entirety, I realised what a masterpiece it is. I’d only taken it at face value as a collection of pop beats. But, at a closer listen you start to recognise sadness underneath it all. This sadness has always been a theme in their music except it’s more subtle here.  ‘Don’t ask me about how I’ve been / Don’t make me play pretend / …I bet everybody here is fake happy too.’

This shiny exterior of upbeat grooves with dark lyrical undertones is a metaphor for adult life. Perhaps the reason I couldn’t handle this new sound at first was because the record was throwing this reality in my face. We got an insight into Williams’ depression and it felt too familiar. Compared to our younger years, we were all facing bigger responsibilities.

Their self-titled record previous to this release – which spawned two of the band’s most successful and most recognisable singles – was a glimpse at their coming of age. It felt like a slightly more grown up angst, but still very much sounded like the Paramore we were used to. Then on After Laughter, Paramore had truly reached adulthood with us and were letting listeners know they’re not alone. The contrasting ‘happy but sad’ theme throughout feels like a hug. And the chant-worthy, relatable lyrics such as ‘I don’t need no help, I can sabotage me by myself’ over a funky, 80s beat, encourages us to feel strong against these feelings. Genius.

We can’t hold onto our youth forever and, ultimately, this powerhouse has soundtracked the lives of a generation without even realising it.