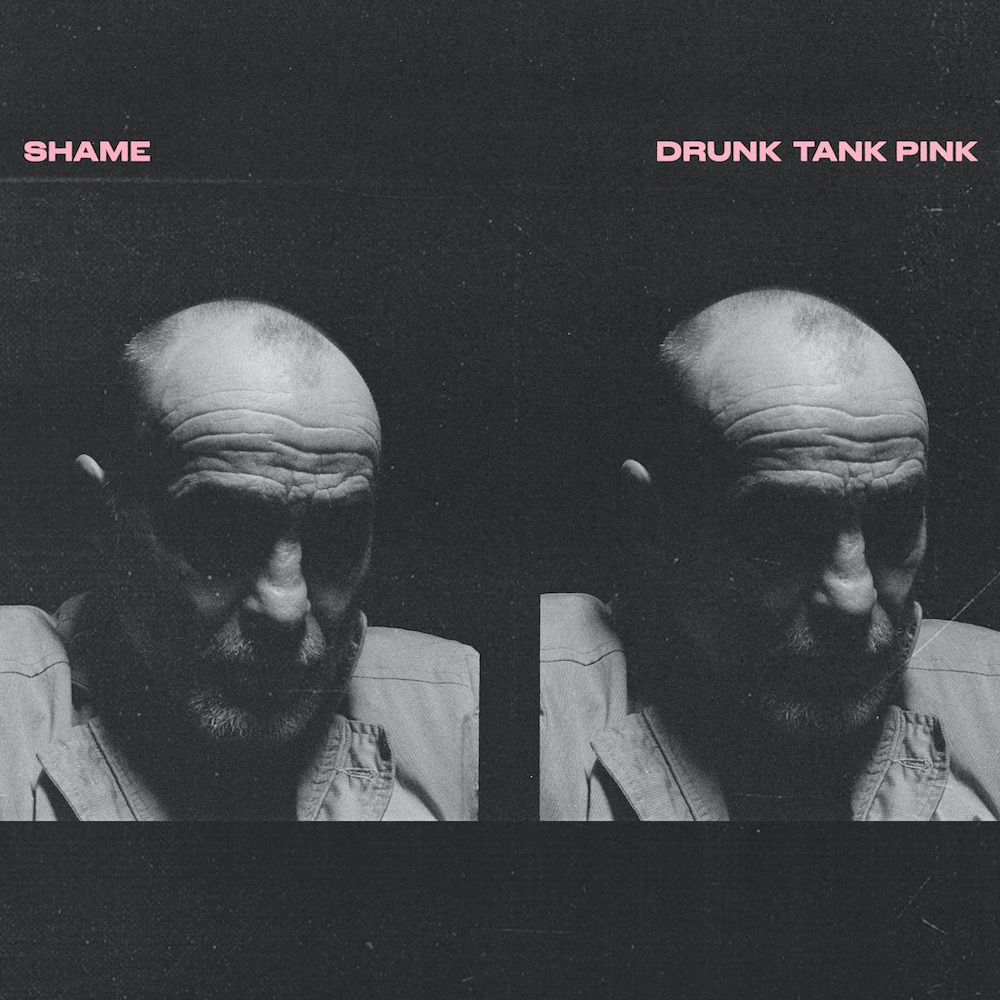 There’s been a quiet boom in the UK music scene in recent years. Amidst the mainstream success of grime, drill and electronic, there’s also been a post-punk revival, with bands like Fontaines D.C., Squid and New Country Black Road delivering their own brand of inventive rock.

One of the frontrunners of this scene has been shame, the South London band who spawned from the infamous Queen’s Head pub, yet found a global following with their thrilling live performances.

While their debut album, Songs of Praise, leaned toward the traditional punk energy of icons like The Sex Pistols, new record Drunk Tank Pink is a more eclectic beast which boasts all the funk and wit of Talking Heads or Fugazi. ‘Alphabet’ and ‘Water in The Well’ – two of the lead singles released from the album – made this shift immediately clear, with their jerky guitar leads and vocal harmonies.

These singles confirmed a new lyrical direction for the band, too. When I spoke with lead singer Charlie Steen in August last year (interview in Vol 10), he had been candid about shame’s exhaustive touring experiences, explaining how the band’s life on the road had influenced their forthcoming work.

Traces of this fatigue manifest not only on these lead singles – where Steen compares himself to a performing monkey (‘Alphabet’) and confesses to being directionless and ‘burnt out‘ on his journey to a metaphorical ‘heaven‘ (‘Water in The Well’) – but throughout the project.

‘Born in Luton’ transcends these struggles with erratic transitions between synth and an angsty guitar lead. Here, Steen sketches an empty house, ‘double locked, titanium steel‘, into which he tirelessly attempts to gain entry. The overtones of unfilment and emotional grief are rife, with the ominous structure being declared empty in the song’s refrain.

Indeed, If Songs of Praise was a straight diatribe of Britain’s political landscape, then Drunk Tank Pink is something of a post-mix confessional. The discernible moments of soul-searching and grief are potent, but they’re bonded by the band’s innovative shape-shifting sound. Such is achieved by consistently multi-layered instrumentation, which elevates even the most seemingly direct punk tracks like ‘Great Dog’ and ‘Harsh Degrees’ to triumphant sonic experiences.

And, if you’re still unconvinced by the band’s left turn, closing track ‘Station Wagon’ is sure to convert any non-believers. There’s notes of an ’80s rock opera, where self-aware monologues and persistent piano leads amount to a track that is as bonkers as it is brilliant.

It’s fitting, really, for a band who are so dedicated to making disruptive noise, that the album concludes in a crescendo of instrumentation and aggregating vocals. But, while a similar track released in shame’s infancy might have conveyed disdain, the introspective way in which Drunk Tank Pink explores emotion – in all its absurd complexities – incites a dogged lust for life, above all.

Haiku Review:
Punk meets Funk.
A station wagon pulls out,
And into the fast lane.

Listen to shame on Spotify and Apple Music.