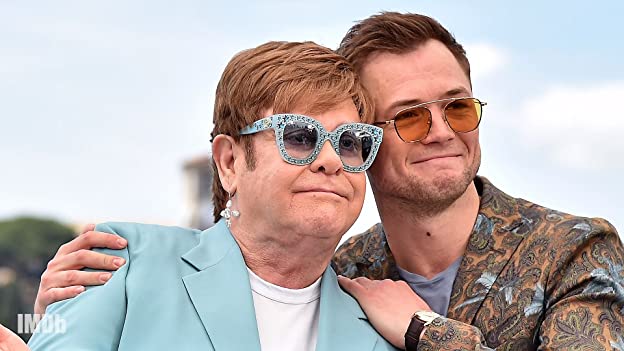 The Making and Breaking of Music Biopics

Over the past few decades, music biopics have become something of a trend in cinema. Everyone seems to have had one – the greats, the not-so-greats, and the just plain irrelevant. But, whilst taking the same basic rags-to-riches narrative and giving it a funky new soundtrack seems like it should be an easy success, apparently things aren’t quite so straightforward.

Our proof of this comes from Hollywood’s most recent venture into the genre: Stardust (2020), a film about legendary performer David Bowie. But here’s the twist: there’s nothing by Bowie on the soundtrack; and it’s highly fictionalised; and it was condemned by the Bowie estate; and Tilda Swinton doesn’t play the leading man. From the beginning, it was a recipe for disaster. The critics’ score of 14% was just the final nail in the coffin.

So what makes a good music biopic? How do you take this trend and create something that honours your muse in the most accurate way possible, without becoming aggressively generic?

One film that audiences and critics collectively agree got it right was 2002’s 24 Hour Party People, which documented iconic figures from the Manchester music scene through the eyes of presenter Tony Wilson and his label, Factory Records. The Guardian ranked it as the 49th best film of the 21st century, and everyone’s dad welcomed it into their top 10.

Ultimately, this success can be down to its clever way of combining comedy with reality: it’s a complete mockery of the Madchester music scene in the most tasteful way possible, incorporating archived concert footage of key moments, like the Lesser Free Trade Hall gig, and tackling infamous rumours alongside significant moments in history – “I definitely don’t remember this happening,” Wilson proclaims in one particularly steamy bathroom scene. It was also heavily supported by those involved. Tony Wilson himself makes a minor appearance and, like all records released by Factory, the film was assigned its own catalogue number.

Being backed by the musicians in question seems to be the secret to creating a perfect biopic. Rocketman (2019), following the rise of Elton John, can attest to this. Whilst Elton himself rarely made an appearance on set, he had authority in certain decisions and sent his husband to monitor the making, ensuring that the final cut was honest and accurate.

Rocketman takes a more refreshing approach to the genre, incorporating fantasy elements to elevate key scenes and having the soundtrack of Elton songs sung completely by lead actor Taron Egerton. In his article for The Guardian, Elton sums it up perfectly: “It’s obviously not all true, but it’s the truth.” This honest creativity led to the film becoming arguably one of the most critically acclaimed of its kind, earning an Academy Award for Best Song and a Golden Globe for Best Actor.

The Queen biopic Bohemian Rhapsody (2018) breaks the rules slightly in its content, being widely criticised for its historical inaccuracies despite its four-Oscar-win at the Academy Awards. Its supposed 79.9% accuracy was a dealbreaker for some, particularly amongst Queen fans who felt that the film was insensitive in its creative license. Regardless, Bohemian Rhapsody made up for their inaccuracies in other ways: archived Live Aid footage, a score filled with hits, and an uncanny casting of Gwilym Lee as Brian May. These things made it the highest grossing biographical film of all time.

After researching the greats, it seems that there are three key factors in creating a successful music biopic: endorsement, soundtrack, and accuracy. Stardust lacked all three of these, with a lack of support from Bowie’s family causing the other two factors to crash and burn. As a fictional musical film, maybe it would have succeeded against the odds. As a music biopic on one of the most iconic performers of all time? It was doomed from the word ‘action.’