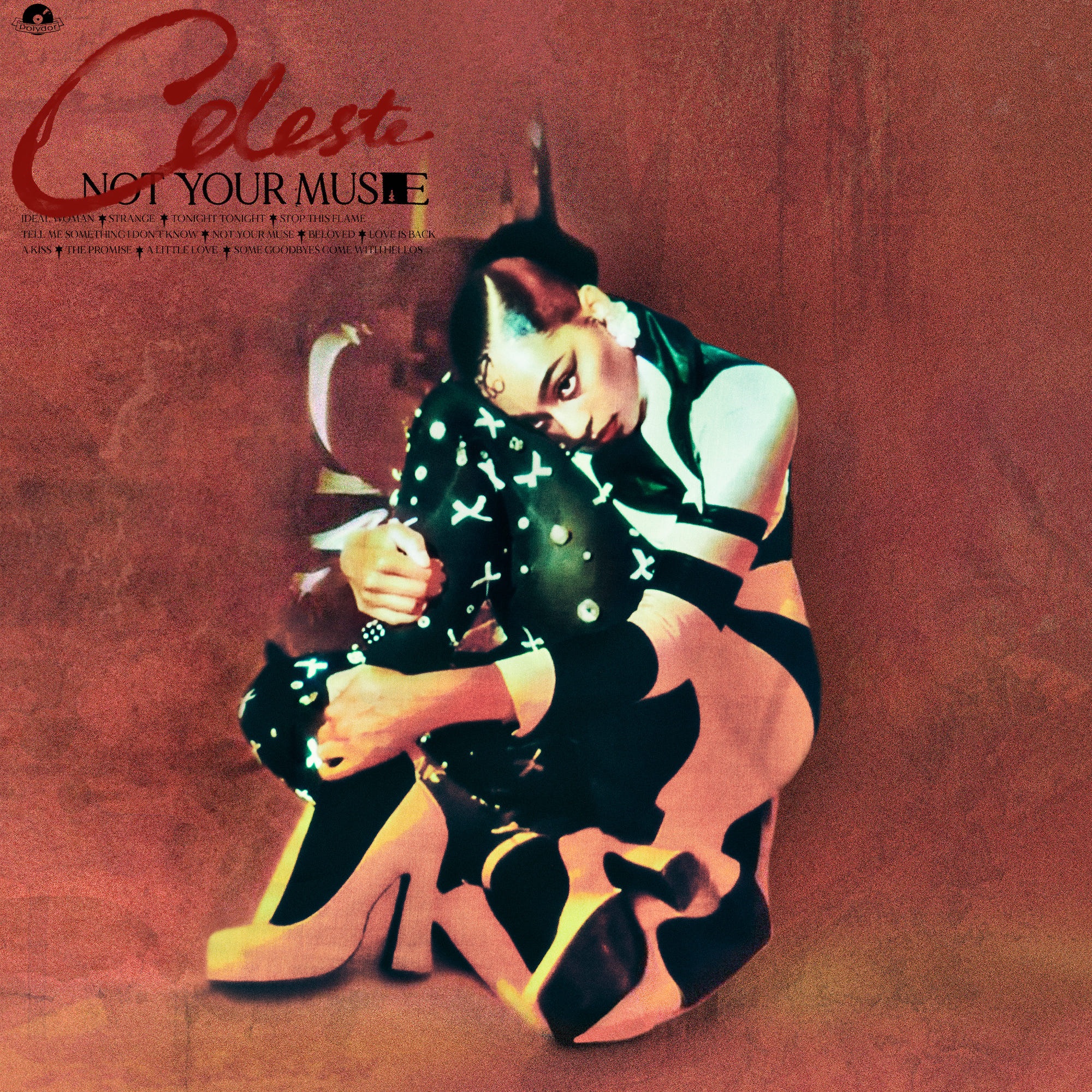 Celeste’s new album, ‘Not Your Muse’, not to be missed

Celeste’s new album, ‘Not Your Muse’, not to be missed
Reader Rating0 Votes

Celeste has been cropping up everywhere as of late. From the iconic 2020 John Lewis advert to her New Year’s Eve performance on Jools Holland, it seems that the London soul singer has been chosen as the media’s golden girl, leaving many familiar with her music even without actively looking for it. And yet, an uncanny intimacy still surrounds the emerging artist and her sound. None proves this more than the singer’s latest album ‘Not Your Muse’, a beautifully candid set of works that showcases the artists’ songwriting abilities, as well as her beloved voice.

The opening of the album eases the listener in through a duo of subdued ballad tracks, ‘Ideal Women’ and ‘Strange’. It is here that the artist introduces the velocity of her voice, letting simplistic backing guide loose melodies. The vocal lines on the tracks almost feel improvised – as if Celeste was expressing her emotions in real-time, adding to the brutal honesty these two works hold.

However, the album’s energy soon changes with ‘Tonight Tonight’, in which the artist swaps simplistic backing for a number that feels like it could be a modernised Bond theme. It’s unexpected for the young artist, and yet Celeste carries the track with ease, her voice floating above unstoppable drumbeats and blaring horns to create a retro-dance floor classic.

The middle half of the album, there’s one track that delves into a sound where perhaps the artist shines the most. ‘Love is Back’ utilises Mark-Ronson-inspired instrumentation that seems to allow the artist to showcase a new-found charisma not previously seen. The lyrics about chasing and heartache seem lighter, with Celeste attacking the melody with unmissable charm, transforming the track through her sheer energy which is carried forth onto later track ‘The Promise’. Though slower, this single still manages to retain the upbeat vigour that Celeste demonstrated previously, contrasted with an ambient backing to create a reflective, addictive soundscape.

The album closes with a number of interesting collaborations and some of the previously demonstrated soul ballads. However, it is the album’s second to last track ‘Hear My Voice’ that truly captivates. The extended vocal lines of ‘Hear my voice, hear my dreams’, seem to encapsulate the artist’s unstoppable rise to fame with such simplistic clarity. You can feel the artist’s drive behind it, and the passion she carries throughout this intricate, exquisite album. It’s a closer that tells you that Celeste is here to stay, and we are all better off because of it.

Listen to Celeste on Spotify and Apple Music.