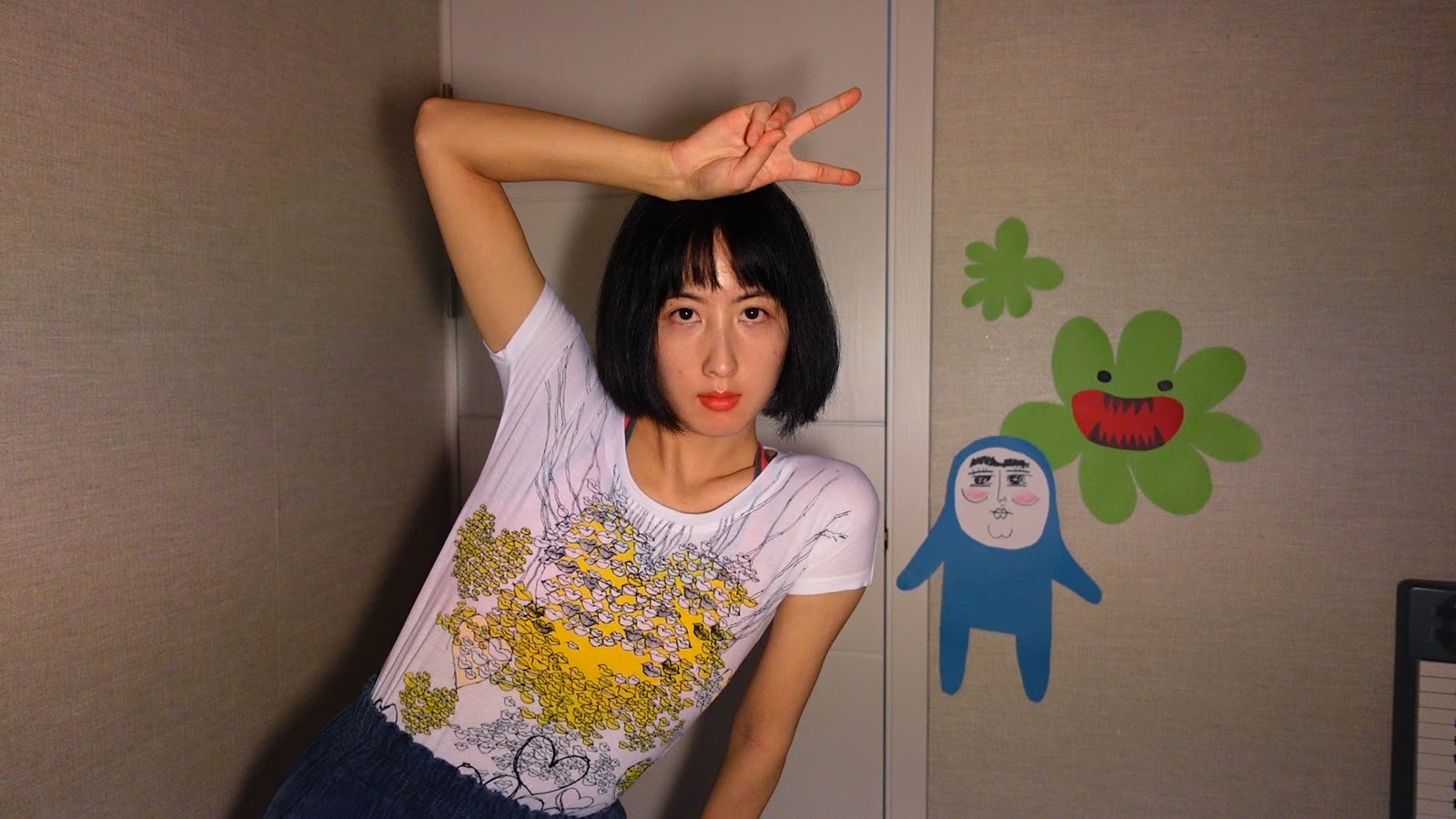 In September 2019, Seoul-based artist Su Lee needed a change. At her wit’s end with corporate life, she pledged to spend the next year of her life making music.

“I think the goal was always to do something in the creative industry, but I never knew what exactly. Music has always been in the back of my mind, but I brushed it off thinking ‘how can you make money being a musician?’ I’ve always wanted to try it, but I never had the courage.

“I pursued graphic design for a while because I thought it would let me hack into being an artist. I used to think it was a nice area between commercial work and art, but then I got into getting internships in offices and studios, and that made me realise a corporate job really isn’t my thing. Maybe I don’t like working for other people or kissing ass.”

I’m really happy, but I don’t want to ever take anything I have now for granted.

“There was definitely a breaking point,” she admits, then pauses. “I think it came hand in hand with the environment I put myself in. I let myself go through living in a shithole of a hostel for a whole month during an internship in London. It really pushed me to the boundary.”

After that, she abandoned that life and bet on herself to create her own career in music, and it paid off.

Over the summer, Su rose to fame with ‘I’ll Just Dance’, a quintessential example of bedroom pop that’s really a how-to guide on losing yourself in the moment rather than the headlines. The song resonated with a young generation going through an existential crisis, and served as a reminder that you aren’t alone in your loneliness. It’s now sitting pretty with over two million hits on YouTube and Spotify, and it’s not hard to see why.

‘Am I really alone?… what’s going on?… are you alright? I say fine, but I’m dead in real life‘. They’re morose, I’m-just-sad-drunk-now thoughts she made into lyrics for the song, and they would have me calling a therapist if they weren’t layered atop instrumentals so relentlessly cheerful. It’s a modest, sad-disco song you should be adding to your roster.

“Looking back on the year, I’m really satisfied with what I’ve achieved. Not so long ago, around six months ago, I remember saying I would love to hit a thousand subscribers on YouTube, and obviously it’s now much more than a thousand!”

“I’m really happy, but I don’t want to ever take anything I have now for granted. Looking around, there are always people that have more.”

“It’s difficult not to compare,” I reason.

“It really is,” she agrees, “and I don’t think there’s any solution to it, other than to get your shit together. Being the best version that you can be.”

Social media often makes us forget what’s really important in life: to embrace the process and enjoy what we have now.

Lee’s newest release, ‘All The Noise’, taps into those feelings of inadequacy, exacerbated by social media. Being stuck indoors has us spending more time employing thousand-yard stares right through our phones, and this new release gently nudges you to remember what’s important in life. Lee sings with such an intentioned fragility that you worry her performance could be knocked over by a strong gust of wind.

“All The Noise’ is about my addiction to social media and how it often contributes to feeling inferior,” Su shares about the track. “I wrote this song as a reminder to never let [social media] compromise who I am and my own uniqueness.”

The accompanying music video is a testament to Su’s ability to create an immersive and imaginative world in her small room. The clip opens with a meta Zoom chat of Sus arguing about what the music video should be about. Above the din, original Su decides to trust herself over the many conflicting opinions of her bizarro Su clones.

“Social media often makes us forget what’s really important in life: to embrace the process and enjoy what we have now. I really just wanted to show that through this video simply by enjoying my own company and having fun in my room.”

Lee is yet to release her debut album, but despite this she’s already found a style that suits her: an intimate, subdued take of the typical singer-songwriter personality we’ve become used to. She’s so open that she invites her fans to see her ups and downs of being a musician in her frequent YouTube vlogs.

“What I discovered about myself while making music is that [songwriting] is only one way that I can express myself and communicate my thoughts. As a creative outlet, it’s not enough. It takes a whole month for me to finish one song, and during that month I’m going through a whole lot of other shit: I need outlets for that.”

This drove Su to run Q&A live-streams, upload “slice of life” shorts, and host a podcast called ‘Overthinkers Society’. She’s grown an online community of fans – who connected through the same adoration of Lee’s sad-happy bops – to talk with her and with each other. It’s really a warm, fuzzy melting pot of insomniacs, overthinkers and people that just need somewhere to belong. Remember, you aren’t alone in your loneliness.

Stop by her channel or her Spotify – they’re bound to welcome you with open arms.