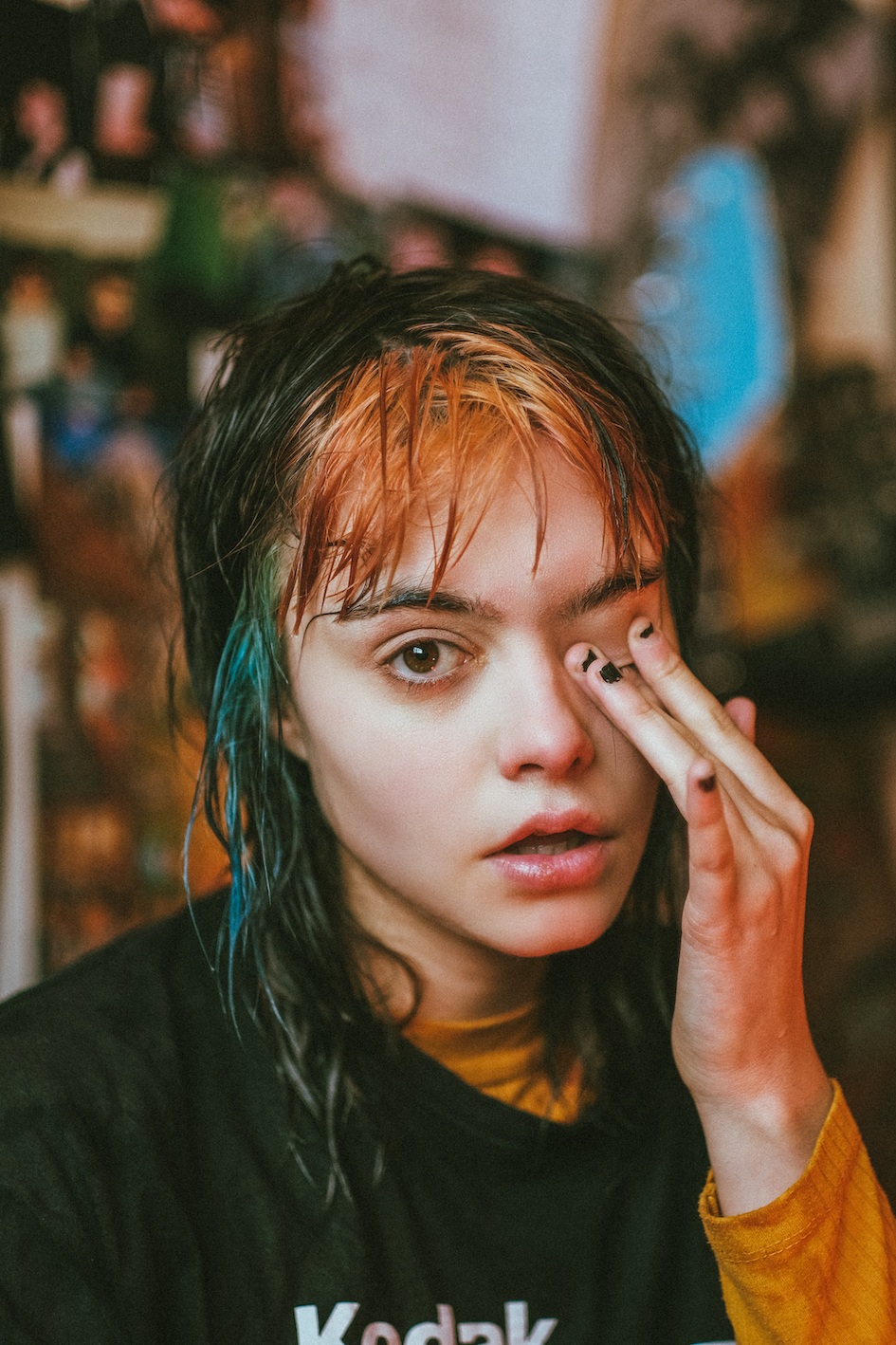 With her debut EP, Things That Don’t Exist, Kynsy has produced one of the best EPs of 2021 so far. An artist aware of the world around her, the 5-track release sees Kynsy dissect themes of anxiety, idealism and social media, which led her to opt for a lyric as the project’s title, rather than a song title.

“I would usually prefer if an album or EP has a different name to one of the songs, usually [a title that] sums up a feeling or a vibe of a particular EP.

“My EP title came from reading through all my song lyrics and one from ‘Elephant In the Room’ popped out to me.

“I originally liked the way the sentence sounded and its possible connotations on what it could mean. I had a think about it and felt it really suited the themes of anxiety, idealism and the world we click into created by social media – all of which I explore on the EP. They are all non-physical things that I personally felt I had to deal with on a daily basis.”

An eclectic group of songs, the EP shows a wide-variety of songwriting styles and influences, and demonstrates the versatility of the newcomer.

“I wasn’t intentionally trying to showcase versatility, I just love lots of different styles of music. If anything, one of my goals as an artist would be trying to create more fusion between different styles within songs and break down the barriers of sticking to one genre.”

Intrigued to learn more about the making of this superb EP, I dropped Kynsy a line, asking her to talk us through it, track by track.

Intro: “For the live show, there was always a super long intro to ‘Elephant In The Room’. It felt right to keep that in somehow and almost set the tone on the EP, making it more of a story and experience for the listeners by having an opening piece.”

Elephant in the Room: “The lyrics are about feeling alienated from yourself and trying to avoid this feeling through things like escapism. The song was based around that ‘elephant in the room’ metaphor for the thing no one wants to mention or the thing unspoken about.

“When I wrote it there was a lot of stuff me and my friends were going through in our personal lives that we never really dealt with properly. Everyone was going through stuff and […] partying way too much or turning to drink or drugs for a way to deal with the unwanted aspects of themselves.

“The ‘elephant in the room’ was that we all needed to sort our shit out properly and no one wanted to face up to that, even though we knew it was the right thing to do. The ‘elephant in the room remembers’ line in the chorus refers to reminding yourself that you never faced up to dealing with your past problems properly and [acts as a reminder] not to repeat the same mistakes.”

[Regarding the multifaceted instrumental layers of the song…] “I love to create contrasts using juxtaposition in everything, especially in the instrumentation and arrangements. It’s just something I’ve always been interested in mainly inspired by a lot of visual art and the use of contrasts in poetry with the likes of similes and metaphors. I’m also interested in dualism and how powerful it can be to experiment with contrasting things and place them beside each other; I feel like its a reflection of the way my mind works. I have a type of personality that I feel is very contrasting – I am really introverted but also extroverted; quite chaotic but I can also be very orderly. I live a lot of my life switching betweens these states. I think that’s why I connected a lot with juxtaposition, because I can relate to it mentally.”

Happiness Isn’t a Fixed State: “The Strokes are an influence, but I didn’t intentionally mean for it to sound like The Strokes. I really wanted the music to be playful and bouncy with a hint of darkness. The song has a minor tonality behind it but sort of crashes in with major chords in the chorus. The purpose of that was to reflect the story of the lyrics. It’s a sort of sad story about hiding from an ex-boyfriend in a cafe and getting shouted at on the street by some scumbag. Then the chorus has this element of hope, believing that though things are bad right now, they will get better in the future, with the line ‘I have so much left to feel‘ on top of the major chords.”

The song captures the flip-flop nature of humans and the way our emotions can turn on a sixpence: “Yeah, that’s actually really close to what I was trying to do through the lyrics! I wanted to try and reflect the sort of chaotic overthinking mind – the way you quickly change from thinking about one thing to a completely different thing or, like you said, switch to a different kind of emotion. I wrote it in flow state with a fixed goal in mind with the song so it was easy to navigate once I got the idea.”

Dog Videos: “In the period of time that I wrote ‘Dog Videos’, I was partying way too much and I was massively hungover, feeling pretty ashamed. I thought I had stupidly got myself knocked up after a drunken affair. I thought there was still a chance of me being pregnant when I wrote the song… I was sort of laughing and crying at the same time while writing this which was ‘FUN!’ because the song itself was a way for me to work through all this self-hatred I was harbouring for myself for being so messy and partying too much.

“I was purposely trying to make myself feel or say something that made me uncomfortable as I believed it would be therapeutic for me, as well as [giving myself] a chance to connect with the listener by spilling all my embarrassing stories into my lyrics.

“The recording of it was another thing all together. The lockdown happened and I had to get all the musicians, the bassist and a trumpet player to send me stems of their parts. Then my friends Joseph and Louis recorded some drums for me in a studio in London. I then had to put all the stems together in my house in Dublin. It was actually a really interesting experiment as I got to act as sole producer for that track whereas on the others I had a co-producer working with me. I think I learned a lot from that experience even though it was a bit stressful at the time.”

Cold Blue Light: “The song is based on a personal experience where me and my friends overheard this guy at a party spouting some racist remarks. I’m talking to this guy who I named Eddie – it’s fictional though, I don’t know anyone called Eddie… I suppose I was sort of creating a response to that situation by imagining myself talking back to that person, but I’m mainly just commenting on that situation and [saying] I’m not okay with this. I think that’s why I was compelled to write about that certain encounter, because I wanted to condemn bullying as a thing itself I suppose.”

Kynsy’s superb EP, Things That Don’t Exist, is out now on Spotify and Apple Music.