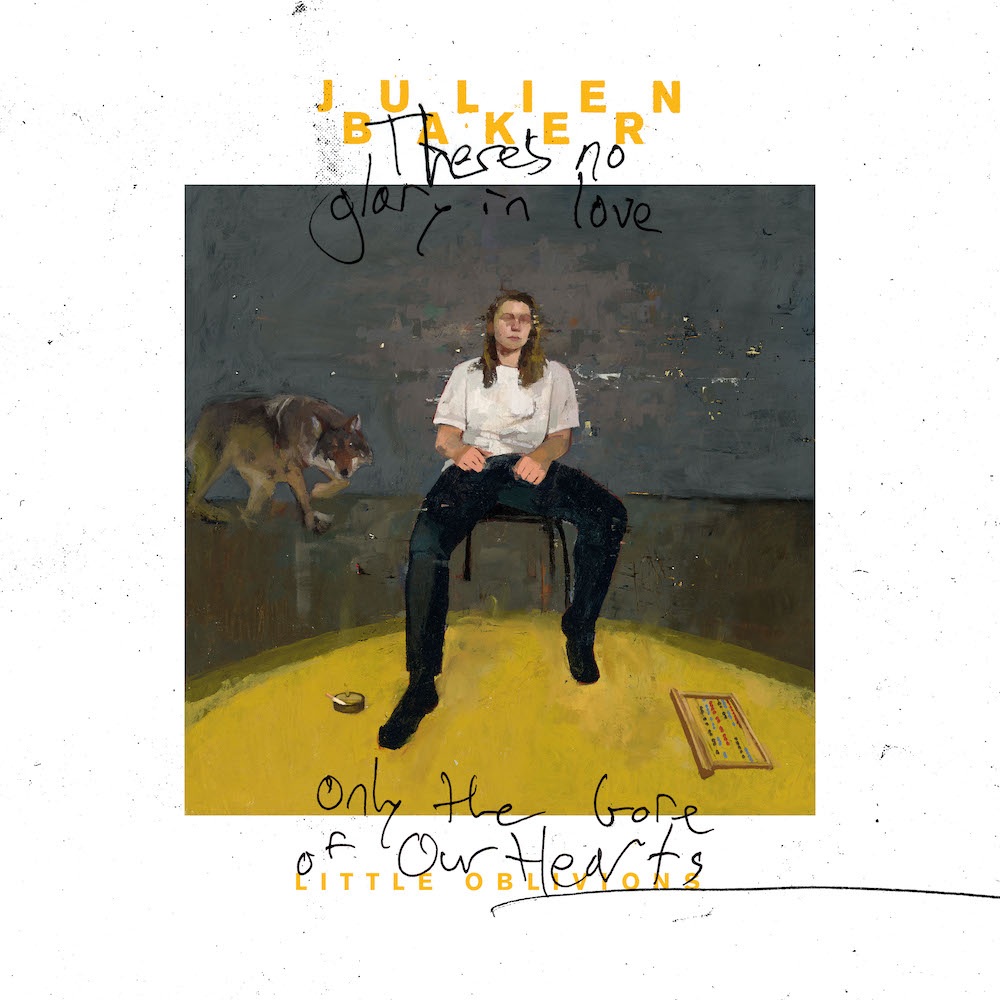 The last time we heard a proper full length from Julien Baker was in 2017. Turn Out the Lights remains a masterpiece of epic proportions. It gutted me from day one and has quickly become a record that I cannot live without. It was almost like lightning in a bottle – a work of art near impossible to replicate, not unlike, say, Adele’s 21. The difference here is that Adele tried – unsuccessfully – to emulate that same magic on her follow up 25; on Little Oblivions, Julien Baker thankfully does not.

Right from the opening notes, it’s clear this will be a different sort of listen. What used to be melancholy guitar is now a warm synth loop that gradually builds, until about a minute or so in, we get our first taste of drums on a Julien Baker record. It’s a bit jarring at first, hearing her soft, crackly voice coat a canvas of something other than layers of reverberant guitars and pianos. But she leans in hard to the expanse, experimenting with different synth sounds, drum machines and vocal effects all throughout the record, amounting to a vibe that uncannily sounds like old Pedro the Lion at times. That’s not to say her trademark guitar layering is gone – far from it. Baker just consciously decided she couldn’t make Turn Out the Lights, Part II – because there could never be a Turn Out the Lights, Part II.

Perhaps Baker’s biggest departure can be found on ‘Bloodshot’ and ‘Ringside’, a pair of tracks in the middle of the record. They’re about as close to “mainstream” as Baker has ever got. She sounds more confident than ever, delivering lines like ‘It doesn’t matter what you tell me, I just need to hear you speak’ (from late-album highlight ‘Repeat’) with aplomb. Elsewhere, she sounds recognizably languid, her voice breaking mid-line like it’s exhausted from revisiting painful events.

On Turn Out the Lights, Baker gave us more than a few showstopping moments – the end of the title track, the tear-inducing ‘Hurt Less’, etc… This time around, there’s nothing that really compares. And while I normally hate comparing an artist’s new record to their last one, it’s worthwhile to highlight the fact that these records could not be more different. Yet at the same time, Little Oblivions sounds like the only sensible sequel Baker could have concocted. The former tugged at your heartstrings until they snapped almost immediately; the latter does so slowly, piercing your soul a little bit more with each passing listen.

Admittedly, I could have written 90% of this review before I’d even heard the record. For better or worse, there’s just an inherent bias that comes with some artists. Despite it being totally new ground, I had a feeling about what to expect from Julien Baker’s third album. I knew exactly what I hoped to expect too, and it was Little Oblivions. It’s layered like an onion, but the tears provide a sensation of catharsis rather than burning. It’s heart-on-your-sleeve like a confession, but if it was yelled off of a mountaintop instead of spoken quietly in a church. It’s delicate like fine china, except you’ll be the one eventually shattering.

Enough similes. Little Oblivions is incredible. Now go listen to the damn thing. What are you waiting for?

Haiku Review:
Julien Baker
Is back to crush you once more –
Best grab your tissues.

Listen to Julien Baker on Spotify and Apple Music, and pick up Little Oblivions on vinyl via Matador Records.