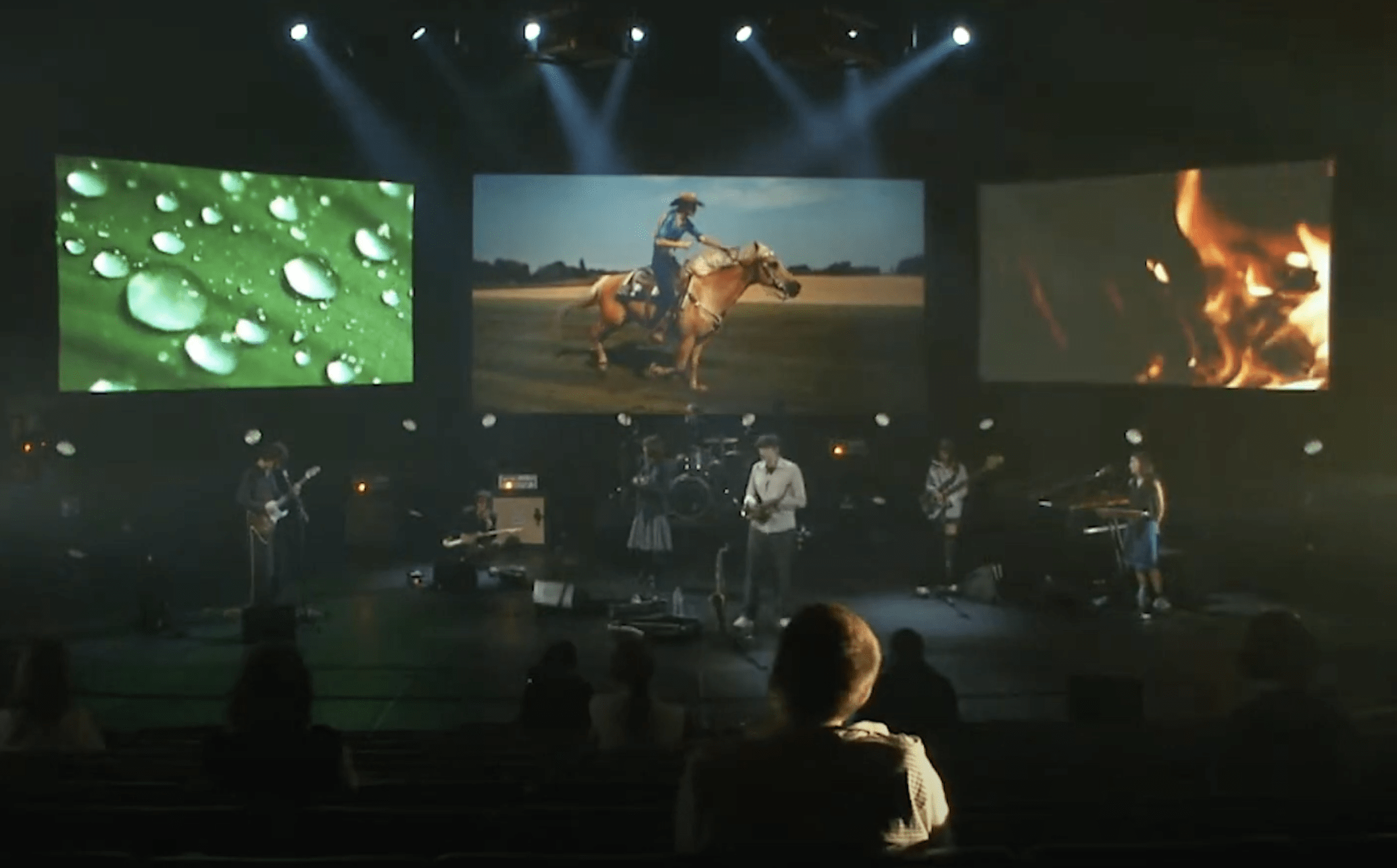 March 2020 marked my last gig, crammed towards the front of the stage with my vodka mixer sloshing in rhythm with the bumble of the crowd – a burning excitement for music inside. On Saturday, that fire was reignited, but this time around I was sitting in bed with a cuppa, lights off, and all eyes on my laptop. Panning into the Queen Elizabeth Hall, the rising septat stars Black Country, New Road took over the stage, donning the room with images of blues and greens.

It was almost orchestral how the band flourished across the socially distanced stage, each instrument having room to breathe without losing it’s integral intimacy. Centre stage and strong, the saxophone acted as a conductor, counting in the aptly named track ‘Instrumental’.

It took ten minutes until Isaac Woods even uttered his first word, as we were plunged into the multi-faceted elements that make BCNR the musical threat it is. After not seeing a live performance in… I don’t want to count the days, being welcomed back into the scene with raucous beats and lingering synth keys was breathtaking – and this was only just after one track.

It’s difficult to feel a performance to its full potential through a screen sometimes. However, Black Country, New Road played their set that effortlessly. Especially echoing the halls of Southbank Centre, the complete silences between songs that would usually be filed by half pished chatter now acted as a cool down period after admiring the new versions of ‘Sunglasses’ and ‘Basketball Shoes’.

Teetering the line of control and chaos, in a way, you just couldn’t take your eyes off them. And, with the perks of multi-camera views, you didn’t have to. As if ‘Track X’ wasn’t emotional enough with its softer sound, the small audience turned to a choir and rose to their feet and belting out smooth harmonies, coaxing that soft spot in your chest to just melt. Hell, I even got caught up in the moment and began clapping as one song ended before realizing they couldn’t hear me.

Just last month Black Country, New Road dropped their debut album ‘For the first time’ to high praise, and it’s clear to see why. While this review rides on the brink of 400 words, you only really need the one to solidify how this gig truly was. Goosebumps.