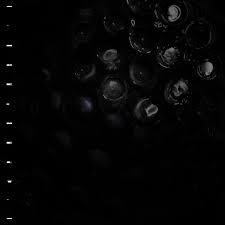 Through their woozy, wonderful sound Crumb have cemented themselves as staples of modern psych-pop. Using a mix of jazz, pop and psychedelica, their singles such as ‘Locket’, and last album ‘Jinx’ have been notoriously acclaimed, popping up everywhere from indie-art films, to popular TikTik sounds.

This reputation may add extra pressure for their recent release, their much awaited second album ‘Ice Melt’. But with this latest offering, Crumb have delivered an evolved version of their beloved sound- staying true to their hazy origins, with an added dash of dramatics.

We begin with ‘Up And Down’, the opener. Jumping between textures, the track begins off with an unnerving, single synth melody, before jumping into the action, layering an array of synths underneath the main melody. The contrast between sounds and textures, and the added melodic motifs creates a new-found fullness to the band’s work, that only permeates as the album continues.

A highlight ‘Seeds’, underlying synths opens the track out to a full blown soundscape, pulling the listener in through reoccurring guitar licks and a constantly-moving bass, for a kaleidoscopic effect.

However, despite the new-found flair, the group do retain notable elements that tether the music to the bands dreamy aesthetic. The repetition of motifs, lyrics and drum patterns seen most notably in ‘Trophy’, and ‘Tunneling’, gives a spiralling sensation, that has always been present throughout the group’s discography. As always, Lila Ramani’s vocals are at the focal point, pulling the whole track together through a soft, swollen voice.

True to the band’s philosophical origins, the group ponder topics that go beyond casual lyricism. From the briefness of youth, to the nature of wellbeing, to just pure poetry, the group dig deep into fears, desires and general questioning throughout the track. It adds to the trippiness of their sound wholeheartedly- also adding specific a layer of profoundness only Crumb could conjure.

The added extras and founding elements come to a head on the final, and title track, ‘Ice Melt’ – a clear highlight of the album. Despite being one of the softer songs on the record, however, it remains densely packed with melding electronic foundations and a descending guitar motif that feels like a refreshing addition to the band’s sound.

The lyrics are simple and serene, creating an atmosphere of finality that’s fitting for the album’s final farewell. It’s a track that sums up the evolution that Crumb have seemed to have grown into throughout the album as a whole – True to their beloved, bohemian trips into psychedelic bliss, but with enough added extras to keep listeners coming back every time.

Haiku Review:
Crumb pull you in with
Their pure psychadelic bliss
that always evolves.

Listen to Crumb on Spotify and Apple Music.