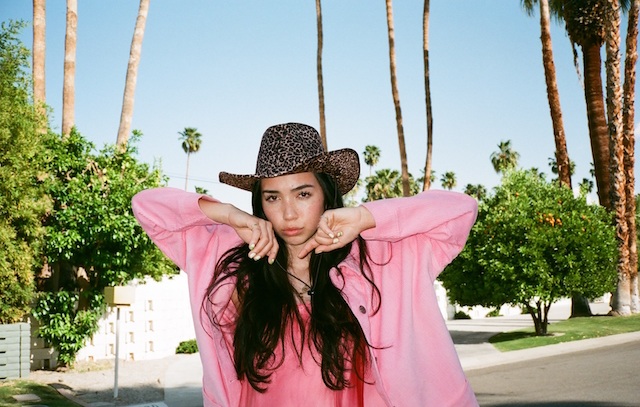 Track of the Week:
Wallice – Off The Rails

Wallice is one of our favourite new artists of 2021. Her bright, witty songwriting is refreshing, while her fun, lo-fi pop sound is buoyant and addictive. ‘Off The Rails’ is slightly different, however. Rather than racing out of the blocks at lightening speed and maintaining that tempo throughout, this new number builds after a slower start before erupting into a euphoric ending. It’s another stellar release from an exciting act – certainly one to watch.

Read Wallice’s interview with us in Volume 12, available HERE.

The Mountain Goats – The Slow Parts on Death Metal Albums
The title might be the most interesting thing about this song. Though, with its Dawes-esque backbone and interesting vocal arrangements, it ain’t bad. Just kind of outstays its welcome after five-and-a-half minutes.

JAWS – Untitled
Considering this a B-side – from their 2019 album, The Ceiling – it’s pretty impressive. There’s enough reverb and shimmer to coat an entire Sigur Ros album, but the song is interesting enough to cut right through it. That being said, can bands stop putting samples of emergency sirens in their songs? Good song for headphones… not so much for driving.

Quilloughby feat. Lisa Simpson – Everyone is Horrid Except Me (And Possibly You)
After 32 years and the accolades of being the longest running scripted show ever in America, The Simpsons can still churn out sidesplitting moments every once in a while. Take this Morrissey parody, for example. It got quite a lot of flack from the King of Arrogance himself, but then again of course it did. If you need something to brighten up your day, take two minutes and look up the video – it’s Morrissey to a T and it’s hilarious.

Torres – Don’t Go Puttin Wishes In My Head
Backed by Stranger Things sounds, Torres is defiant in her delivery. This is a confident track, purposeful in its songwriting and determined in its structural development. If you’re ever feeling a bit crap, this song will put the bounce back in your step.

Gatlin – Whenever He Asks
There’s two kinds of pop: good pop, and trash pop. Gatlin falls into the former category. It’s as catchy and well-produced as any top-of-the-charts pop song, but she breathes an overwhelming sense of authenticity into it. ‘I wanted a home, but I’m just a guest…’ – lovely.

Working Mens Club – Y?
While the title of this latest WMC might be a conventional follow on from previous single ‘X’, that’s where mundanities finish. This new single is ripping with pyschadelic energy and a persistent drum machine beat that hooks you in right from the start.

Margo Price – Long Live The King
Nashville resident Margo Price executes her tried-and-tested country formula. This latest track is an angelic combination of soft vocals, rising gospel harmonies and gently paced drums. All of these elements are tied together beautifully by lyrics which commemorate musical legends; everyone from Elvis (the original king?), John lennon and Martin Luther King. Long live the king.

Indigo Eyes – Where Were You
There’s something so powerful about electronic tracks like this one. The way in which the synth is composed, so perfectly arranged with the occassional clap beat and horns, brings us joy. An emotive piece which is sure to make it into your personal playlist.

ROY – WHERE DID MY MIND GO
Trippy, weird but altogether enjoyable, this new single from Toronto artist, ROY (Patrick Lefler), resonates through its nostalgic combination of 60s psychadelica and rock. And that’s only some surface notes on this hypnotic little number.

Luna Luna – Golden
Dallas residents Luna Luna serve us a glorious helping of disco-infused pop with this new track. There’s a steady energy that builds throughout the song, but what’s really to behold is the chemistry shared between the band members, who just seem like they’re having a great ol’ time with this one.