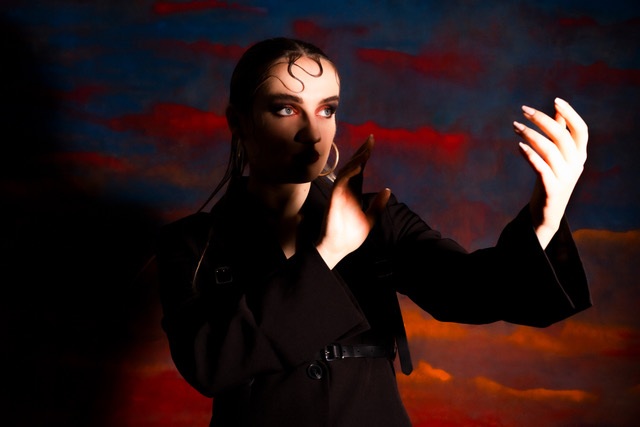 Track of the Week:
IMOGEN – Bloodbag

Halloween comes early with this haunting number. An awe-inspiring track from the Geordie songwriter, ‘Bloodbag’ will make the hairs on the back of your neck stand up and run to find cover. Incisive and deadly, IMOGEN proves that sometimes the pen and the sword can be the same thing.

Lucy Dacus – Brando
A chirpy number that sounds like the window rolling down as you stick your head out of the window, embrace the breeze and the low sunset, dodge the branches attempting to behead you and spit that green fly out of your mouth. Yes, a chirpy number. From Lucy Dacus. Christ!

Ailsa Tully – Greedy
An intriguing song that draws you in, there’s plenty of layers working away under the softer tones. This is just very clever songwriting, plain and simple.

Orla Gartland – Do You Mind?
Orla’s got some pipes on her. Helluva voice on her. Simple but effective, her songwriting style is reminiscent of Lapsley and Maggie Rogers. Anticipation for her debut is high.

Madi Diaz – Woman in my Heart
Picture this: a spotlight arrives highlighting Madi Diaz on stage. She strums her acoustic and quietly sings the first verse. Then the band come in. The light comes up and she gets into this stomping bluesy number. Gigs are back. Goosebumps. Bring it on.

Luna Luna – One Thing
I don’t know if ‘retro pop’ is just a fad, but I’m here for it. “One Thing” feels like it was cut in the ’90s and then shelved for a quarter of a decade. It flows, like a dress in a summery breeze. And for a song that contains no more than two chords, it ain’t too shabby.

LIPTALK – Bargain Day
No bones about it – this is a weird fuckin’ tune. Between the chipmunk -effected spoken word, the repetitive, single-note synth pattern and the lack of a true hook, it’s hard to find something to latch onto. Out of nowhere there’s a sax solo, which quite honestly is worth suffering through the first half for. Other than that, this belongs in the bargain bin.

modernlove – lmk (if you wanna see me)
Despite looking like an Irish Chad Kroeger, modernlove’s vocalist couldn’t be more on the opposite end of the spectrum. “lmk” is cut from the same cloth as The 1975 at their poppiest. It’s an enjoyable enough song, but probably not making it on any of my Spotify playlists anytime soon.

Michael Cormier – Last Hurrah
The best part about “Last Hurrah” – a lovely little folk tune that will probably be in a Zach Braff movie some day – is the music video. It depicts an animated, twisted sort of birthday party… I think? Then limbs start falling off. It’s weird. But watch it.

Lorde – Solar Power
She’s baaaaaack! Not only has the Lorde-sized hole in my heart filled up a tad today, but Phoebe Bridgers and Clairo join her for her first single in four years so – icing on the cake. A bit different than what you’ve come to expect from Lorde, but fantastic nonetheless.