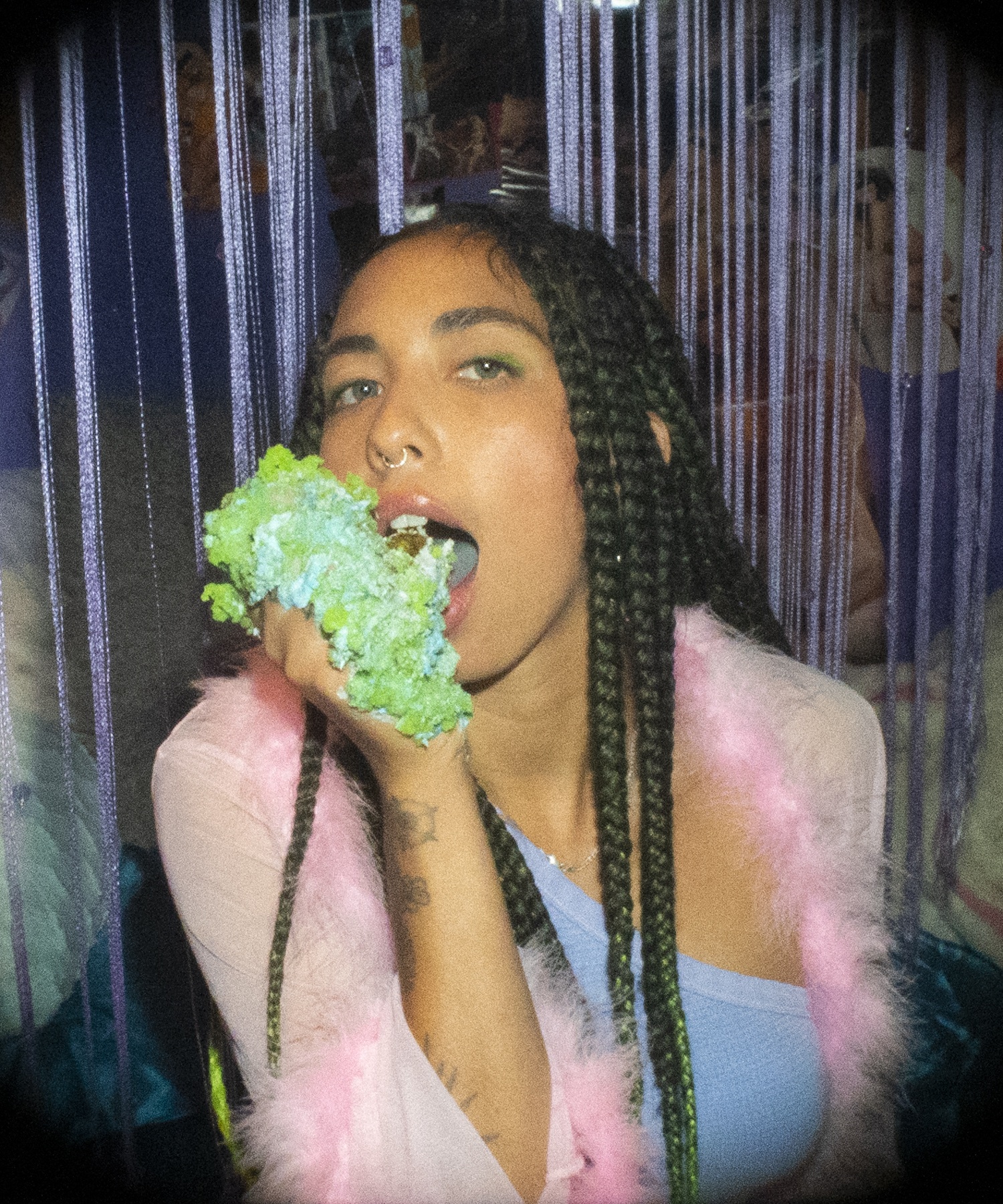 Track of the Week:
Indigo De Souza – Kill Me

In her latest single ‘Kill Me’, India De Souza lets her emotion consume the track. Brutal honesty drips from the walls of electric guitars that play underneath vocals which build and fade like a wave, forming a release that offers a bundle of beauty and catharsis. Despite what the song’s title suggests, it’s actually pretty upbeat.

La Luz – In The Country
There aren’t too many bands making better psych music than La Luz. Enjoying the western twangs on this one, too.

Wet Leg – Chaise Longue
One of the most unique songs I’ve heard in a while. Tongue-in-cheek spoken word atop of fluctuating, zig-zagging guitar lines. Keep on eye on this duo.

Meet Me @ the Altar – Feel a Thing
Despite being a band since 2015, this just-out-of-teenagedom trio saw a huge ratings boost when none other than Green Day gave them an unexpected social media bump. They’re gearing up to release their first full length as part of the Fueled by Ramen family, and if ‘Feel a Thing’ is any indication, we’re in for a raucous – and overly catchy – ride.

Swimming Bell – In Amber
One of the best artists you’ve never heard of just dropped a new single, and it’s every bit as gentle and moving as the title would suggest. A contemplative, Americana-tinged song that takes its time, not unlike a long drive down a dusty road. If only we could all be so patient.

Molly Burch – Heart of Gold
Listening to ‘Heart of Gold’, images of sherbet lemon, and yellowy-pink sunsets emerge. Molly Burch’s vocals grab you in an instant, immersing the listener into an indie-pop soundscape. The perfect soundtrack for summer evenings.

Drug Store Romeos – Secret Plan
Three words for this track: absolutely sick basslines. It’s the perfect instrument to tie the song together as it takes an unexpected amount of twists and turns. The way it switches in pace is almost jarring, but the catchy loop that underpins it all makes it easy to forgive.

The Killers (feat. Bruce Springsteen) – Dustland
Technically a remake of a Killers tune from their worst album (Day & Age), it’s relatively unrecognizable thirteen years later. It’s a fine listen I guess, but having The Boss guest on a song is sort of cheating – of course you’re going to enjoy it no matter how mediocre it really is.

Wet – On Your Side
Wet never fail to create something that makes you feel as though you’ve died and gone to heaven. On Your Side is all angelic harmonies and ethereal sounds, with some fun animalistic sounds kicking in after a minute to add depth. It’s all very calming.

Gang of Youths – The Angel of 8th Ave.
When I first discovered Gang of Youths a couple years ago, I was floored. Their new single reminded me why. Took just one listen to be sold on this one – if you’re a Gang of Youths fan, you’re gonna dig it. If you’re not a fan yet, you will be very quickly.

Alabama 3 – Whacked (Shame Remix)
Shame’s Charlie Steen has enough on his plate at the moment. Having just finished a national tour for his second album, it’s surprising that he found the time to cover Alabama 3’s comeback single ‘Whacked’. It’s fresh compared to Steen’s post-punk origins, siding with a rocky bassline with extra reverb instead. But don’t worry, the authoritative vocals that we have all come to love are highly prominent throughout. ‘Everybody’s getting whacked on something’ and this week, it’s definitely this track.