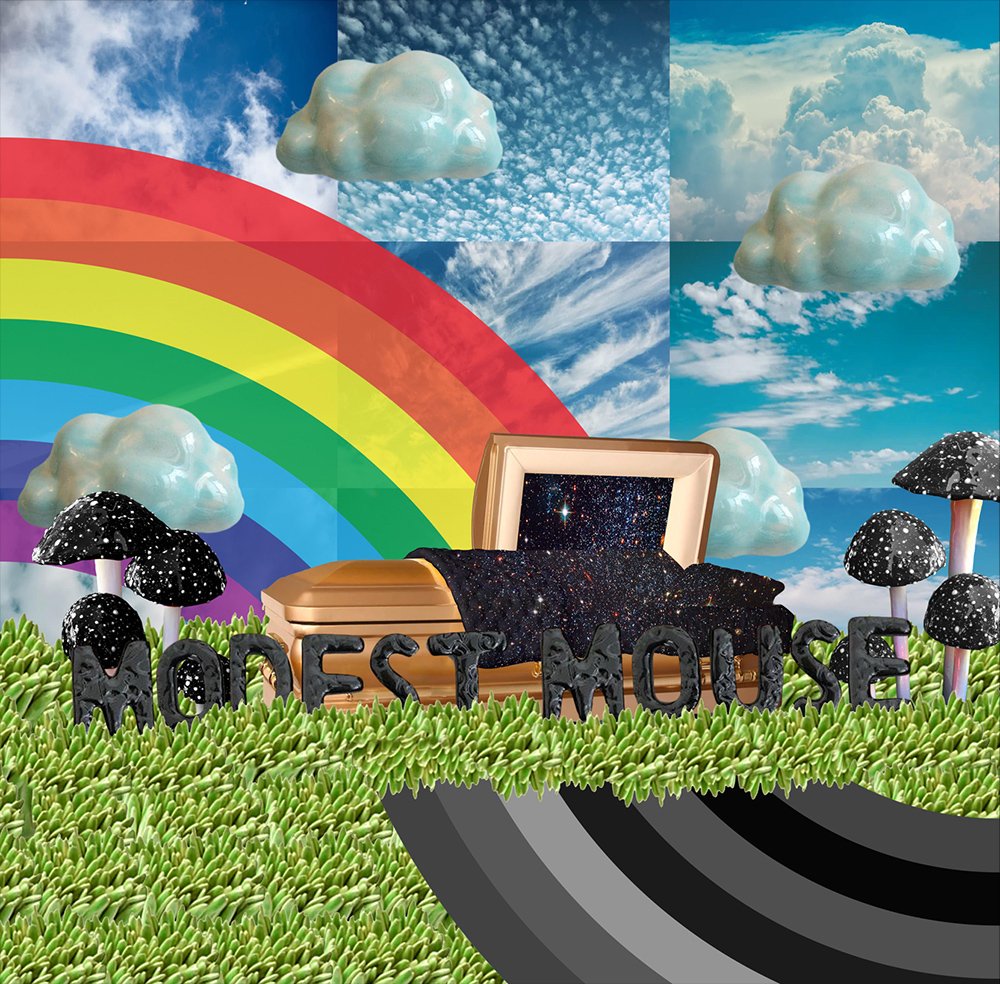 The Golden Casket is a fittingly modest return for Modest Mouse

A confident return, but not quite back yet.

The group’s first album in six years is a confident collection of introspective instrumentalism, full to the brim with jubilant horns, subtle riffs, and tinges of psychedelia – but despite all this excellence, something still feels missing.

After six years in production, or round about that anyway, Golden Casket doesn’t hide the fact that it was recorded sporadically. It came together in fleeting bursts of passion. The band never set a date for which it should be finished by, rather they let the music come to them, only creating when it came naturally, opposed to forcing something out that they knew wouldn’t feel right. They waited, and we’re thankful for that.

With these pauses in recording comes a peculiar mix of genres. It’s clear when tracks have been recorded in sessions months apart. Songs diverge from psychedelic punk to funk-rock, to woozy folk, all in the space of five tracks. It’s a bold move to have songs that differ so greatly on the same album, but to some degree, it works.

With the album’s assortment of genres comes its chaotic ensemble of themes. From teaching your kids the essentials of life, (‘Lace Your Shoes’), to the futility of Instagram, (‘Wooden Soldiers’), the thematic process’ reflect the sonic ones, for better and for worse.

Whilst the album is good, for the most part, some songs  do stand out more than others. The xylophone heavy ‘The Sun Hasn’t Left’, is a drowsy number, beachy and relaxed, which harbours a welcome minimalistic approach, a refuge from the record’s more cluttered moments. Whereas ‘Walking and Running’ holds a sweeter controlled chaos, one in which the band move freely, bouncing off each other, adding more and more with every passing moment. If each busier track on the record contained itself to similar confines as this one, Golden Casket would be a near perfect record.

Like it or not, The Golden Casket is the next step in Modest Mouse’s evolution. They’ve always leant towards the more noisy and bolder elements of music creation, admittedly sometimes more successful than others, but perhaps it’s time for them to settle down a bit, and allow themselves to mellow out. We’ll see where the next record takes them.

Listen to the The Golden Casket on Apple Music and Spotify.