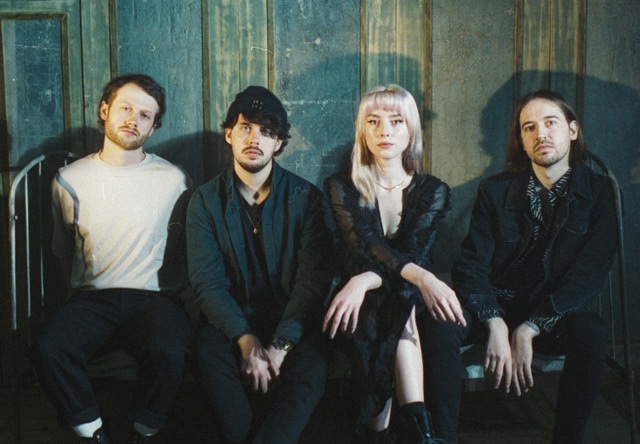 This is a bit of slow indie loveliness. The guitar plucks remind me of ’90s TV soundtracks like One Tree Hill, while the lyrics possess a maturity and intimacy despite the simplicity of them. Bleach Lab are riding a wave of confidence from their last EP and ‘Real Thing’ sees them maintain that momentum.

Grouper – Unclean Mind
“Unclean Mind” marks Grouper’s return after almost a three-year hiatus, and what a return. Harris re-embraces some of the folk-inspired music she released back in 2013 with ‘The Man Who Died in His Boat’, with aching sincerity. Fans of Alex G, you’ll want to give this one the time of day.

Danny Starr – Belong
Few of us are eager to remember what lockdown was like. With Danny Starr’s latest single “Belong”, he challenges himself to confront what he went through: feelings of futility and searching for purpose. It’s packed with emotions Danny has thrown in as his form of therapy.

Pink Laces – Paradigm
There’s songs that sound like they could have been made in the 80’s, and then there’s this – between the AutoTune and the funky synths, it’s difficult to believe that Paradigm is a product of the 21st century. The short but sweet guitar solo tops it off perfectly.

illuminati hotties – u v v p (feat. Buck Meek)
Here’s a perfect song for the beach. It has just the right level of chill vibes with its calm guitar riffs and pretty harmonies. The lyrics are cute, the drums are fun, and the bass is catchy – there’s really nothing else you could ask for.

WUNDERHORSE – Teal
Fancy staying summery even though the sun’s seemingly finished its shift for the year? Whack this on. It’s a bluegrass jaunt, a sonic campfire, and it does its best to keep you warm. It reminded us a lot of Springsteen, top class stuff.

Sun Atoms – Don’t Take Me To Your Leader
Firstly, it’s not as spacey as the title would suggest, but that’s okay: the rest of the tune makes up for the lack of theremins. It’s fun and introspective, one for you and your thoughts, I reckon.

Gustaf – Book
You like punk? You like books? Well, get a load of this: Punk band Gustaf have released a song called ‘Book’ and it’s really good. The rolling drums introduce the song before a ‘proper out there’ riff comes in. ‘Show me the book’, the singer commands, recalling a line from Gavin & Stacey.

IMOGEN – Lioncub
‘I once played with a lion cub / He tied the sun around me and I couldn’t get free,’ IMOGEN sings in the opening moments of ‘Lioncub’. It’s another devastating number from this terrific songwriter who shrouds her song in metaphor and imagery, accompanying her tales with dramatic instrumentation. A must listen during Leo season.

ALMA – Sips of Oxygen
‘There is no party here anymore‘. Kind of sums up a lot lately, eh? This song is about as delicate as life is right now. Sparse electronics surround the pitch-perfect, three-part harmonies. My only complaint is there wasn’t more of it to listen to.

Nico Hedley – Tennessee
A song called ‘Tennessee’ has to sound like Tennessee, right? Well, good news. It does. Think old-time country with a slight modern-emo twist. Sounds a bit odd, but it works.

Carol Hodge – THIS
Fun fact: Carol Hodge only has two fingers on her left hand. Another fun fact: she can play piano better with seven fingers than I can with ten. The song itself is fun, mostly because it genre jumps like nobody’s business. It’s quirky indie a la Regina Spektor, then a catchy pop chorus, all topped off with some heavy guitars. You just have to listen to it to understand.

Rory Wynne – Missing Out On U
That’s right, folks. We’re at the point in history where we abbreviate the word “you”, even in song titles. Though with a song this contagious, who cares? It belongs in a teenage Netflix movie. That scene where the protagonist is about to do the triumphant thing we’ve been waiting for them to do the whole movie? Yeah, you get it.

Blue Violet – White Beaches
Greta Thunberg is an inspiring individual. That’s not a random observation – she inspired this new Blue Violet song, with themes of environmental conservation. Not a topic oft covered in indie-pop music, but an important one nonetheless. Save the Earth, kids. The next planet we occupy won’t be as nice or forgiving.

Ada Lea – damn
A more obvious review would start with the word “damn”, an implied smirk shortly thereafter. But I’m above such things. As the song plays, I find my head bobbing involuntarily as she damns everything around her. It grooves. It’s got soul. Damn… this is good.