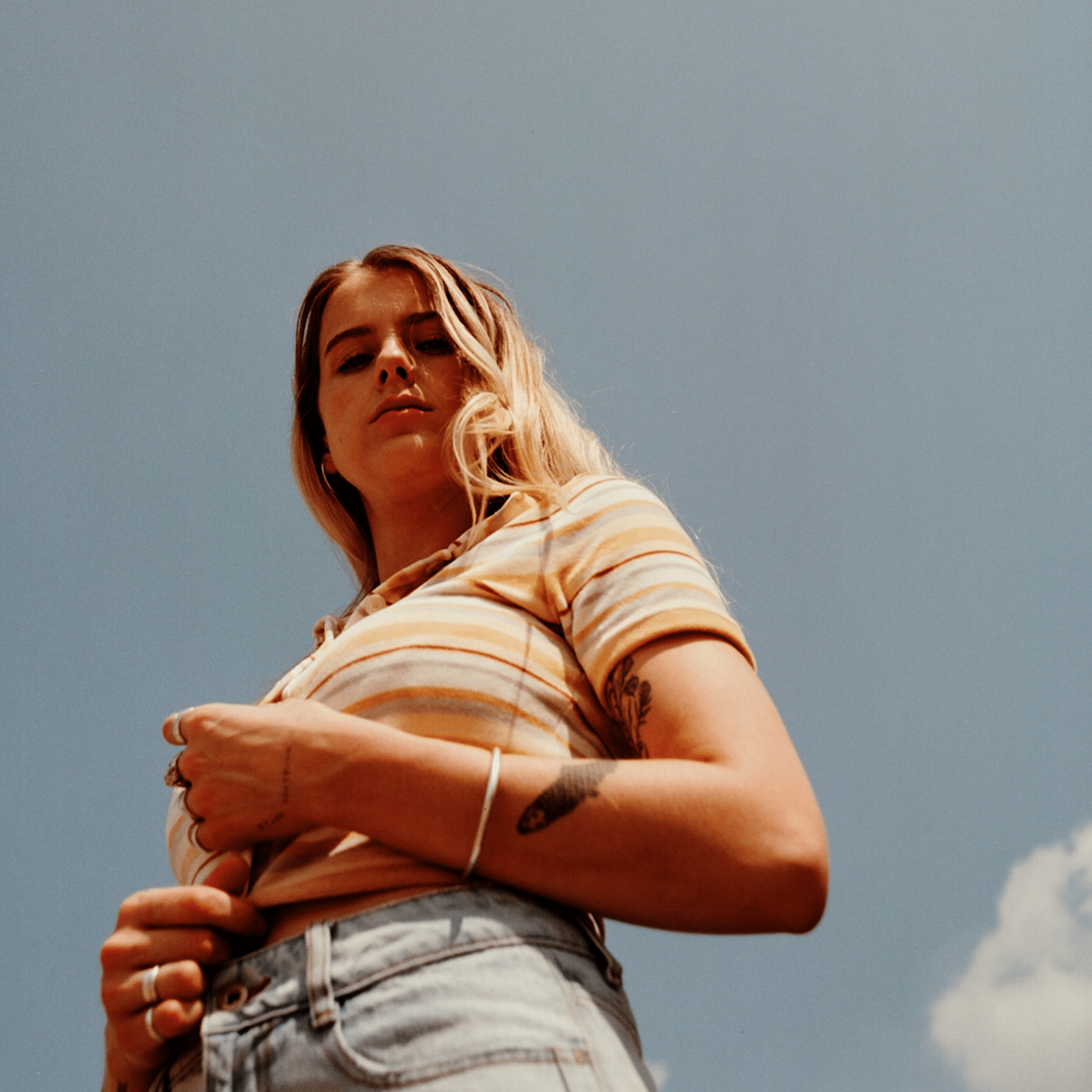 Mathilda Homer talks new EP ‘If you Were on Fire’

Mathilda Homer is having a bit of a mare. “Me and my sister are struggling,” she laughs. “I guess I just won’t have a coffee.” Just seconds into our phone call, and she’s already established herself as intensely relatable. It’s no surprise: her upcoming EP, If You Were On Fire dives deep into a rich world of emotions with a startling universality. Whether it’s temperamental Nespresso machines or crushing heartbreak, Mathilda gets it.

“I tried to drop the thing you get as a musician where you want to be quite cool with your music. I tried to get that completely out of my brain — I’m not that cool, and it’s fine!” We’ve all been there. But that lack of pretense is what makes this new era for Mathilda so refreshing. It might be somewhat of a departure from her jazz-enthused, beat-driven releases so far, but it is a fascinatingly inevitable progression.

“When I used to write songs when I was fifteen, I would write on the guitar and I used to do shows on the guitar, just me playing acoustically. I felt as if that had never been realised in my new stuff that was being released,” Mathilda reflects.

Working with Matt Maltese and Danny Casio from production collective The Six, Mathilda felt empowered to return to that earlier iteration of her sound. “I felt safe exploring different sounds with them. They were really allowing me to talk about themes and stuff that I’d never written about, and it was a safe space for me to make the sound I originally did when I was fifteen but without feeling like I was doing something really drastic and dramatic.”

The outcome of that treasured, emancipating space for Mathilda was a collection of tracks that perfectly document the volatility of life. Immediately, it hurtles into the thick of it with opener ‘Rock Bottom’.

Relishing in a heavier sound than before, ‘Rock Bottom’ gives Mathilda the opportunity to showcase her impressive vocals as she gets to the bottom of a relationship having gone sour.

As a first cut from the EP, it stands to show that for Mathilda, there is no beating around the bush anymore. She’s upfront and honest about how she feels, and it’s that commitment to reflecting her life in all it’s raw detail that threads throughout the EP.

‘I’m Sorry’ is another moment of tender exasperation that is all too resonant. “We were listening to ‘Liability’ by Lorde, and that song makes me feel weird. It creates such a strange feeling inside me, I absolutely adore it. I think it captures such a brilliant emotion, and I wanted to kind of channel how that made me feel into my own song,” says Mathilda. “It feels like she’s singing about how we would feel, like everyone who listens, which is such a bizarre feeling because you do get that when you listen to songs.

That’s something I really want people to get when they listen to my music. I find it really important when I listen to the people I listen to, I absolutely adore when I can relate heavily to a song. It can feel confronting and painful, but like I’ve been through exactly the same thing. I really like that, so I hope that through my songs I can get that connection with people that listen as well.”

That influence is palpable in Mathilda’s music, especially on this EP. The frustration of her plea on ‘I’m Sorry’ for forgiveness and the need to move on is something everyone has been through in some capacity. She might detail incredibly specific vignettes from her own life, but they’re incredibly applicable.

It’s as though she reaches in and takes notes on something you’ve been through yourself and translates it into a steadily comforting track. It can feel quite exposing at times, as she herself experiences with Lorde, but it’s an exposure that grants solidarity.

Of course, those moments of disillusioned love and desperation are not the only emotions that are widely relatable. Mathilda taps into a more multi-faceted side of us, too. The titular ‘If You Were On Fire’ is a ferocious take down of those in power, where Mathilda’s usually sweet vocals barely contain her underlying anger.

“It’s a massive F U to all the horrible people. I wrote it the same week that the Capitol was stormed. I was furious at how these horrible people were just getting away with awful scenes and there were no consequences. We wrote ‘If You Were On Fire’ in a couple of minutes there and we didn’t even record it properly. We just wrote it and I left — it was a really angry song. I was just fed up with all these horrible Tories getting away with murder. It was basically a letter to all the people who’ve been feeling completely fucked over by those people in higher power.”

It’s something all of us with an ounce of empathy have experienced over the last year — Mathilda manages to capture a fevered, intense emotion that is just as prescient as those elsewhere on the EP.

It’s deeply connected to the way we can flit between these experiences and emotions and ‘If You Were On Fire’ will doubtlessly hold a lot of weight for listeners feeling similarly outraged at certain figures in power.

“It’s normal life, and heartbreak, and hoping someone will accept your apology but alongside that we do have these massive emotions for things other than love — like world problems, and climate change. That doesn’t go away when you have a heartbreak, it’s always there. With everything going on, everyone in their right mind is feeling desperate for change. I hope that ‘If You Were On Fire’ can be a narrative to those people like me who feel they can’t really do much and want these people in higher power to change.”

Her ability to encompass these varying moments in life makes the EP feel intimate in a very particular way — as though you’re having a frank, open conversation with a friend and letting every thought, no matter how mundane, come out of your mouth.

“I want when people listen to my song, I want it to feel like me and them are having a chat. That’s my favourite when I listen to people’s music — that feeling like you’re just with that person and they’re just telling you a story and it’s basically like a hug. I want to feel like it’s very conversational with the people that are listening to it.”

It’s a testament to Mathilda’s character that her priorities when making music are so positive. It fills each track with earnest love and care, and it is notable over the phone — each answer is full of passion and genuinity.

“The most important thing if you’re gonna be an artist is supporting other artists,” Mathilda attests. “There is no time in my day to have any kind of animosity or competitiveness against other female artists right now — it’s just not my vibe. The way I want to do this whole career is by being as supportive as I can to everyone else. If you just completely smash it out of the park and just be really supportive of all the other incredible female artists that you’re surrounded with, life is so much better. Women that support women — that is a massively important part of my journey.”

A career built on love and support for others can only be successful — Mathilda Homer’s soothing yet ignited snippets of indie pop are built on a foundation of heartfelt connection and it looks set to only amplify that success even more.