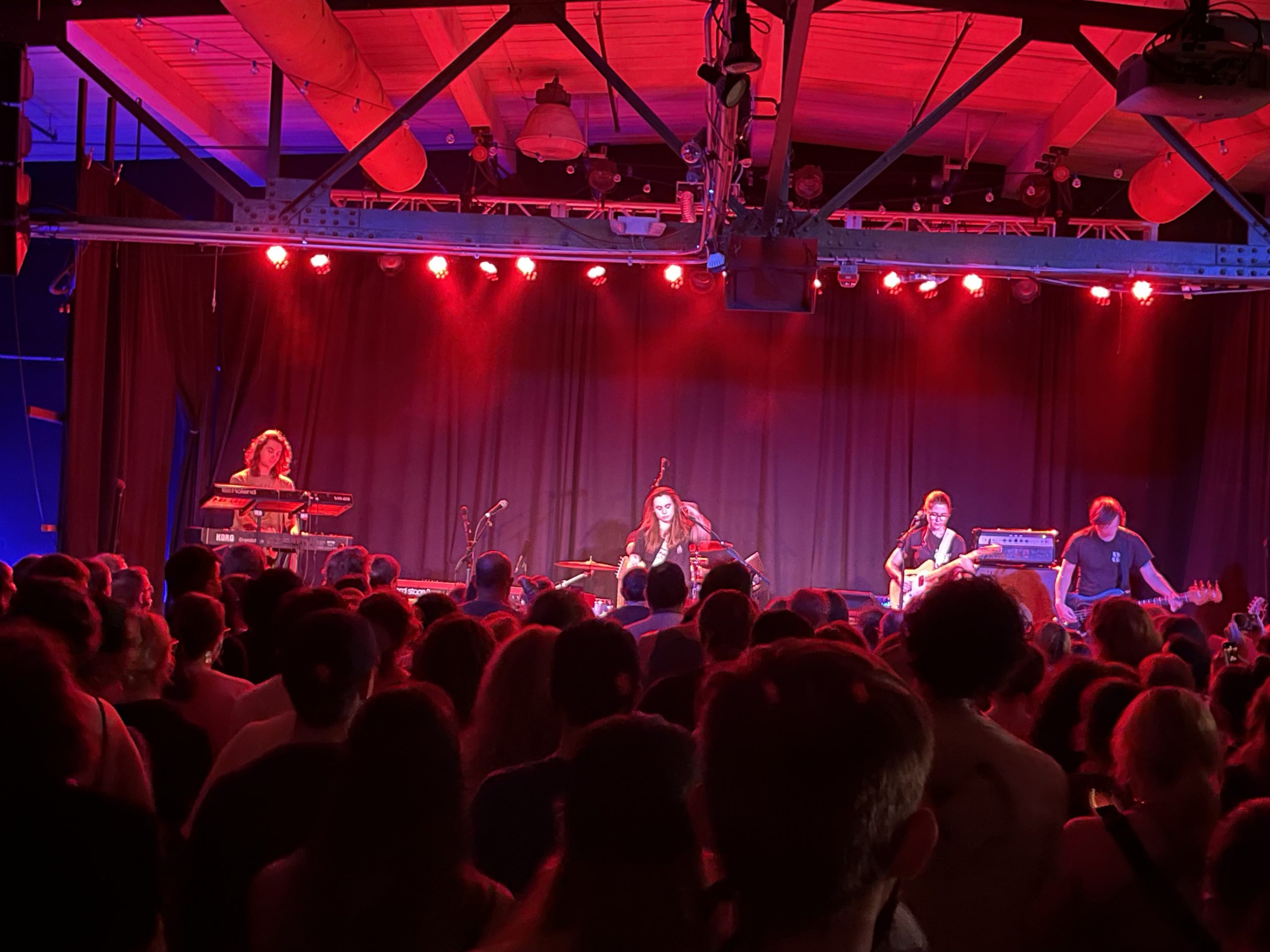 Julien Baker brings me back to the crowd

I was starting to think it was never going to happen again, and I would be doomed to “enjoy” all future shows in my pajamas, from my couch, on a flat screen TV. But 22 months and 3 days later, Julien Baker welcomed me back.

It was a show that almost didn’t happen. With 72 hours to spare, there was a sudden venue change. The third row center seats I had purchased at the beginning of the year were switched to standing-room-only tickets at a venue a few towns over in Holyoke, Massachusetts. Vaccine cards were checked by kind security members, masks were worn by respectful fans, and we all filed in, unified over the opportunity to see live music once again.

Before Julien Baker sang a note, someone in the crowd yelled “put your damn phones down!” to the select few in the front who were ready to film as much as they could. The sentiment was clear: after spending more than 18 months watching live music through a screen, it was time to actually experience it in the moment.

Baker took us through almost her entire new record – Little Oblivions – clearly a conscious decision due to not being able to tour around its actual release earlier this year. She peppered in a handful of songs from her first two records – not nearly enough, in my opinion, but if it were up to me, she would have played all night. Although Baker’s songs sounded extra massive with four other musicians backing her up, it was the trio of Sprained Ankle tunes she played solo that cut the deepest. The crowd sang along in unison, nearly drowning Baker out at times, in what was a humbling reminder of the communal beauty live music offers.

With an extended, epic version of ‘Zip Tie’, the show seemed to end as soon as it began. As the band said goodnight, there was a mutual understanding between them and the crowd: let’s never take this for granted again.