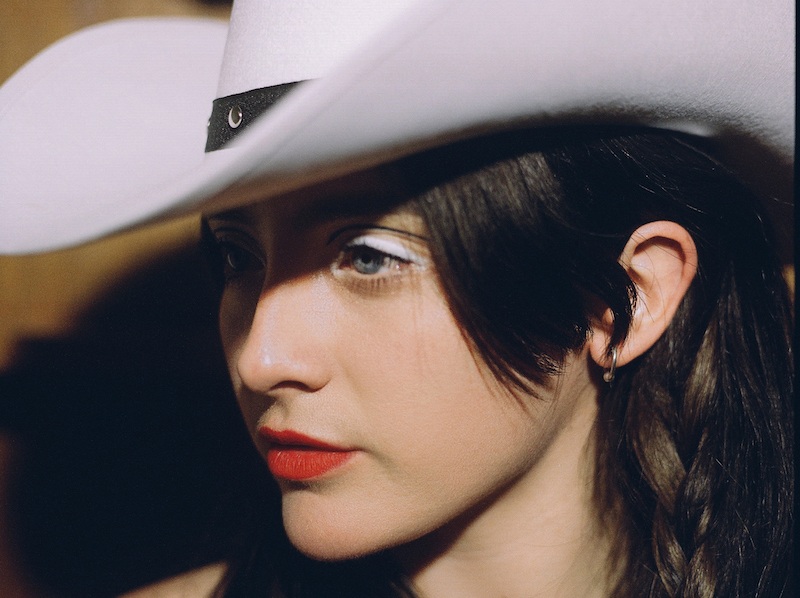 A Walker Brothers cover from Bria’s upcoming EP, Cuntry Covers Volume 1 (nice). I’m ashamed to say I’m not familiar with the original – not sure if I should be – but this is a road trip song for middle America if I’ve ever heard one. They turned this into a part folk-rock, part shoegaze gem. It’s lovely.

Ella Clayton – Murmations
Dulcet and pensive, ‘Murmations’ is a stunning Song. Backed by an understated acoustic and string arrangement, Clayton’s voice, elegant and clear, searches high and low as the song drifts rather than moves forwards. Together the song culminates in a beautiful final moment. Someone pass me a tissue.

Findlay – Life is but a Dream
‘Life is but a Dream’ sees the solo return of TTRRUUCES’ Natalie Findlay. The track has a spacious, airy vibe and explores the limbo feeling that you get when you’re caught between longing and reminiscing. Easy going and a little eerie on the ears, this is a great song to see in a relaxing weekend.

Gabriels – Blame
‘Blame’ has a hushed coolness to it that both keeps you on your toes and blows you away in equal measure. Tracing themes of indulgence and shame, the track relies on a vibrant and expansive soundscape. Strings and an upright Bass provide a mixture of soul and turmoil that’s unpredictable and intensely satisfying.

Highschool – Jerry
This song channels Talk Talk’s ‘It’s My Life’ in an exciting way, illustrating a band who are mature enough to play with their influences whilst bringing all their own personality. Synths punctuate the lead vocals, both of which are underlaid with reverb to draw together a song that is as much punk as it is synthpop.

Bad With Phones – Refrigerator
Enigmatic. Exciting. Sensual. There’s many words you could attach to this new Bad With Phones track, but what remains true is that it’s an engaging listen, drawing on expertly composed synths and drums, to paint a picture of emotional healing. Cold in vocal performance, warm in instrumentation; fast in its harmonies, but slow in tempo. It’s the sound of contradiction and harmony all in one. A winner, for sure.

Frank Turner – Haven’t Been Doing So Well
Oh yeah. After a dud or two, sounds like Frankie T’s back. Major Positive Songs… vibes from this track. His new record is a lot more highly anticipated after this one.

Yumi Nu – Bouquets
‘Bouquets’, Yumi Nu’s most recent single, is a sublime R&B track with silky percussion and a smouldering bass beat. It’s a luscious listening experience that brings equal parts joy and ecstasy. Check this out for a better, brighter Friday.

WALK THE MOON – Fire in Your House
If this isn’ just the most toe-tapping, head-bopping track of the week then I don’t know what is. Everything sounds so pitch perfect, whether it be the rhytmic guitar leads or African-inspired drum beats, the song radiates with an exciting energy usually reserved for only the legends of pop and rock (think Peter Gabriel and Phil Collins).

Elkyn – Found the back of the TV Remote
Brilliantly melancholic offerings from Leeds artist Elkyn. Harmonies crone and drums pound as the singer considers their life in the aftermath of a breakup. It’s a touching piece of work, which promises exciting things in the future from the singer-songwriter.

Emilia Anastazja – Take a Look
‘Take a Look’ is a superbly produced R’n’B track which never runs short on groove and personality. The Swiss-Polish singer captures the exuberance of late noughties house music, too, with a vocal performance reminiscent of Jessie Ware. Comparisons aside, there’s a lot to be excited about with this number, and we think it’ll make a perfect addition to your weekend playlists.

LARRY PINK THE HUMAN – DO DON’T WILL WON’T
It’s a truth universally acknowledged that every early 2000s teen movie had an absolutely banging soundtrack — if a track manages to pull off that vibe, it’s a certified anthem, right? LARRY PINK THE HUMAN’s latest does exactly that; hazy vocals, rousing guitars and fuzzy percussion form a track made to reside in your ‘On Repeat’ playlist.

Pixey – Take Me On
Well, if this isn’t the next Apple commercial song, someone in their marketing department should be fired. It’s just got that… vibe — the one that says “dance your ass to the store and drop a shit-ton of money on the latest iPhone – now with diagonal cameras!” Seriously though, the song’s a lot of fun.

Bad Suns – When the World Was Mine
I’ve yet to hear a Bad Suns song that doesn’t make me want to buy a fedora and join a dance troupe. Not sure if any out there are looking for an awkward, out of shape white boy, but I’m on the record saying “sign me up” if we can do a routine to ‘When the World Was Mine’.

The Red Stains – Smile!
A lot of punk-inspired songs fall into the trap of overcrowding the mix with generic noise. ‘Smile!’ however is considered and well-structured; from the warbly violin to the synth and banshee screams that fade in and out, there’s a maturity that feels rhythmic and unpredictable, funky but weird – a mixture that, dare say, even Poly Styrene herself would be proud of.

Le Ren – I Already Love You
Le Ren is an artist to watch this fall. ‘I Already Love You’ is another delicate beauty from her upcoming album, and a great taste of what to expect. It’s intimate. It’s raw. It’s personal. Take a breath and settle in to this one. And while you’re at it, grab yourself a copy of Volume 13, where we had a lovely chat with the artist herself.

Francis of Delirium – Come Out and Play
The young artist behind Francis of Delirium has always operated in tight, DIY garage rock, but this new single ‘Come Out and Play’ feels more spacious. At points her soft hums are indistinguishable from slow, patient guitars, and other times we’re revisited by her classic sound: her light voice atop thrashing riffs and heaving drums. It’s a confident exploration into a new sound.

Ryan Pollie – The Shore House
After a 2 year hiatus, Ryan Pollie returns proudly to his songwriting with ‘The Shore House’, a light dish spiced with triumphant trumpets. It’s relentlessly upbeat. I challenge you to keep a straight face during your listen — it’s far too cheery for that.