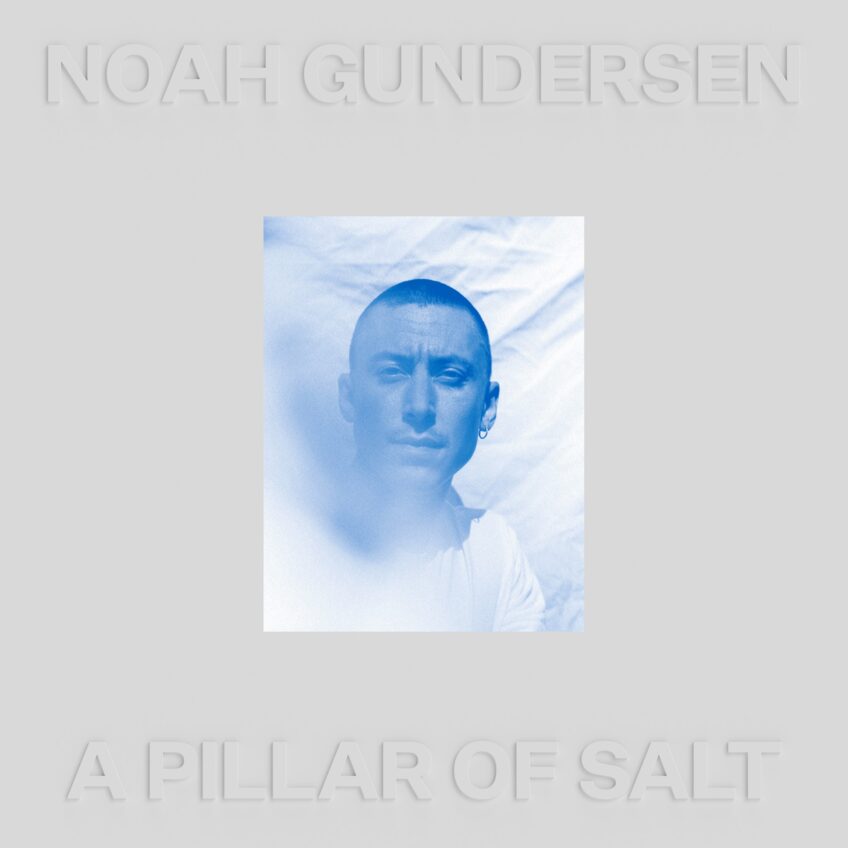 On my deathbed, some of the last words I’ll ever speak will be “Noah Gundersen was the most underrated songwriter of our generation.” Of course, at that point, kids will probably have no idea what a songwriter is – all music will be written by bots and apps and consumed in 30 second increments through whatever future iteration of TikTok exists.

A similar sentiment is expressed – beautifully, I might add – in ‘Magic Trick’, one of the standout tracks from Gundersen’s latest, A Pillar of Salt. A sociological analysis of living life through screens and artificial intelligence isn’t exactly new, yet somehow the way he weaves his thoughts together cuts particularly deep.

‘I Facetimed a friend of mine // He suggested to me // That watching people watch people is the future of our collective dream / So I went to sleep’ he sings early on, setting up an all-too-real scene of modern frustration. We all want to tune out now and again, revert back to a “simpler” time, and yet it often feels hopeless. Inevitable that we’re going to pick up our phones for another shot of dopamine.

On every Noah Gundersen record, there are multiple moments like this. Songs that come on and immediately make you think “this is the best song I’ve ever heard.” 2019’s Lover – the last proper record he gave us – had ‘Robin Williams’. Two years prior, he gave us ‘Fear & Loathing’ on White Noise. I could go on and on. A Pillar of Salt is no exception.

‘Atlantis’, his collaboration with Phoebe Bridgers, is as gorgeous as it gets. And the thing is, you don’t even need to hear it to know I’m telling the truth. (But you should) If Phoebe attaches her name to something, you know it’s going to be good.

Lead single ‘Sleepless in Seattle’, an autobiographical hometown song, is another. ‘I don’t wanna go home // Where it’s just half-finished skyscrapers, begging the question // Does anyone care anymore? // This city was built on the back of a spirit // That I can’t feel anymore,’ he sings over a gently plucked acoustic soundscape. Like his earliest work, it’s full of Americana spirit, but this time around, Gundersen is older. Wiser. More road-worn.

Time will tell if this is Gundersen’s best record – every time he releases something new, I’m convinced it is. Some of the more hushed songs – ‘Back to Me’ and ‘Blankets,’ for example – are overshadowed by the more overtly powerful ones on first listen. But each side of the coin is a different kind of beauty, one that will take time to unpack.

Lyrically, you’d be hard pressed to find something as consistently resonant in his already impressive catalogue. He’s always been a phenomenal poet, but A Pillar of Salt just hits at an unusually vulnerable time, and therefore, leaves a mark on your soul.

Early on, Gundersen sings ‘Whatever happens is probably gonna happen anyway’. And a bit later in the same song, ‘When the world was a bonfire, you wanted to dance around it’. Whether he meant it or not, there’s a lesson in there somewhere. Perhaps it’s the cynic in me, but I would argue the world wasn’t a bonfire – unfortunately, it currently is one. And although this might not be the record to do it to, I think it might be time we heed these words and have ourselves a dance. Who knows? Maybe we’re deemed unworthy and turned into pillars of salt ourselves.

Damn. Sorry. That was kind of downer, wasn’t it?

Listen to the phenomenal new record from Noah Gundersen on Spotify, Apple Music, or on a real-life vinyl record which you can buy from his web store.