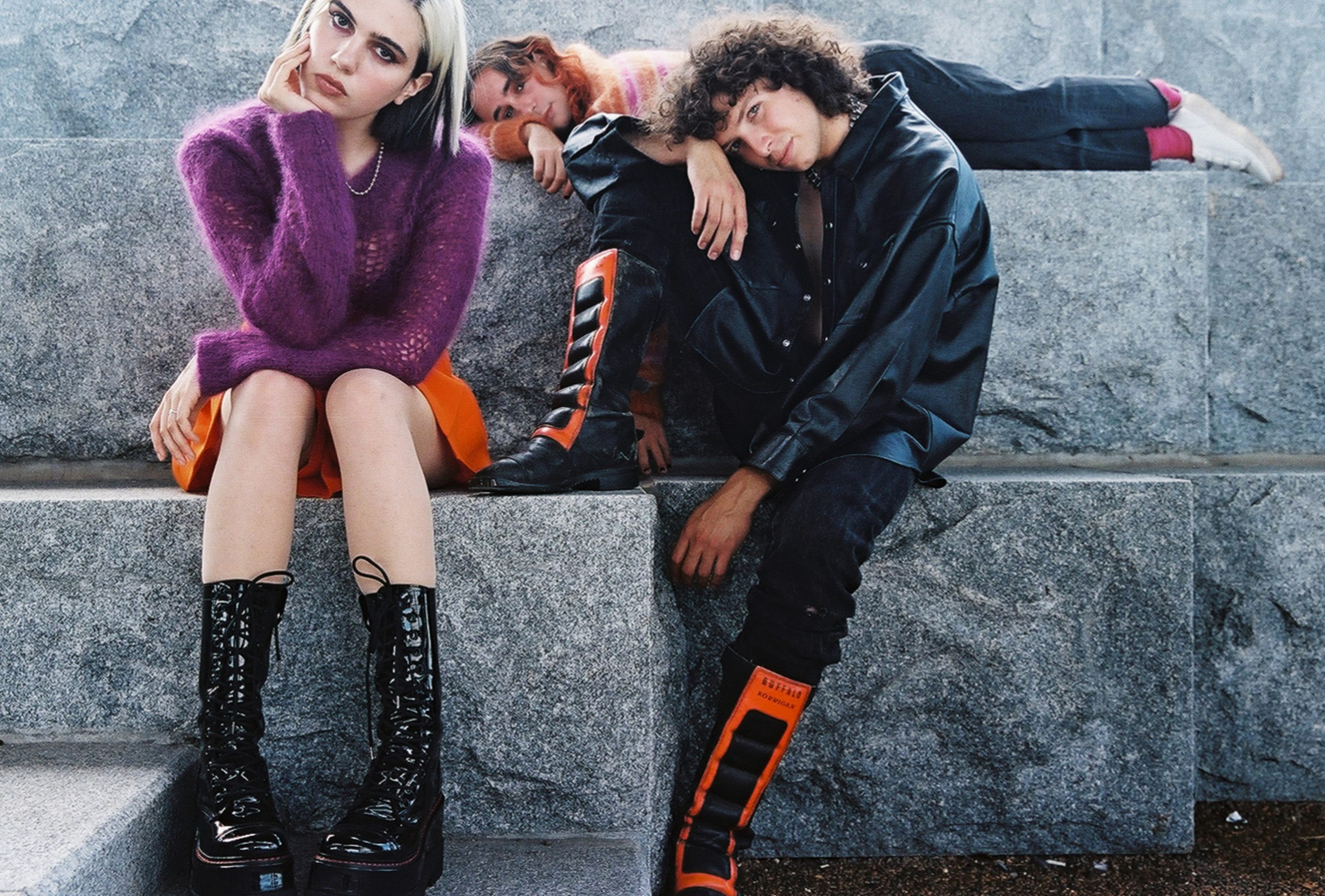 Sunflower Bean are back with ‘Baby Don’t Cry’, a song that details the throwaway culture that has developed around the constant supply and demand of ‘content’ – whatever that word actually means. With a wall of high gain guitar lines and Julia Cumming’s optimistic cheer for us to stop sobbing for a second, ‘Baby Don’t Cry’ marks a delightful return for the band. Bring on their 2022 UK Tour.

Black Country, New Road – Chaos Space Marine
BC,NR frontman Isaac Woods described ‘Chaos Space Marine’ as the “best song we’ve ever written” and he’s absolutely right. It’s mystifying, jolting and almost unbearably intense. The band asks you to join them as they soar sky-high, leaving you entirely unnerved by the increasingly fraught, tense cacophony that descends upon you. It is at once desperately haunted and ethereally buoyant — as the tension heightens, it comes to an exhilaratingly frenetic conclusion that is BC,NR at their chaotic best.

Alex Lahey – Spike the Punch
Alex Lahey is one of my absolute favourite underground artists. Earlier this year, she further solidified that with her catchy-as-hell ‘On My Way’ from one of my favourite films of the year (The Mitchells vs. The Machines). And now here we are again. Another song to fall in love with, to get stuck in my head and to be a little bit mad about because it’s almost unfair how infectious ‘Spike the Punch’ – and all her songwriting – is. I guess I can now start my “most anticipated of 2022” list. Damn.

COCO – ANYBODY’S GUESS
What’s better than a slow number to see out the working week? ‘ANYBODY’S GUESS’ is a stunner, perfect for you and someone special to have a slow dance to this evening. Or, if you’re like me, and you live on your own and spend most of your day looking forward to that first biscuit in front of the telly, you can pop this on in the bath and bask in its pure and utter beauty.

Eades – Reno
Some tracks are bizarrely perfect to listen to when you’re walking about. Stick on ‘Reno’ by Eades, though, and that walk will turn into a certified stomp. It’s pure post-punk excellence, and the thrill Eades clearly get from making every release, runs like a current throughout. Stomp away.

Joy Crookes – Trouble
What a ray of sunshine for my boring week. ‘Trouble’ isn’t really a happy song, I’m just delighted to hear new Joy Crookes music really. Joy is one of our faves here and this new single is a prime example of why. Riding atop a deep and satisfying bass line, the vocals act as an instrument that propels the melodies, the harmonies, the whole thing really. Give it a go – you know you want to.

The Howl & The Hum – Thumbs Up
This morning I had a rare 20 minutes in the car by myself, which meant finally getting some undivided attention for new music. I was in the mood for something introspective – it’s been a week – and as if the universe knew, ‘Thumbs Up’ was the first song I played. 20 minutes later… I hadn’t listened to anything else. This is pure, organic beauty. People tend to knock the whole acoustic singer/songwriter schtick, but I would argue there’s no better way to capture such raw emotion. Now if you’ll excuse me, I’m going to get back to getting lost in my thoughts.

Gemma Laurence – Adrienne
Gemma Laurence has a voice rooted in another decade, and yet perfectly suited for modern times. Every word is delivered with a gentleness as if each is made of antique china. It’s not difficult to get lost in ‘Adrienne’, which is folk storytelling at its best. ‘I was high on every word you said, Adrienne / And I’ve been wondering lately how you’ve been’ – simple lyrics like this, pack so much emotion through the vessel that is Gemma’s voice. This one’s not to be missed.

Cate Le Bon – Running Away
Equal parts smooth and eerie, this is pretty perfect for “spky ssn”. ‘Running Away’ is just weird enough to stand out, but not too much so that it’s off-putting. If you like your singles a bit left-of-centre, check this one out and get yer groove on.

Lindsay Munroe – Parallel
As the sun begins to disappear earlier and earlier in the day, Lindsay Munroe has released the perfect track to counter those misty moments. Embedded in synth and serenity, ‘Parallel’ gets rid of the chills by giving you chills, accompanying you into these autumn months with a sense of warmth (and honestly, a banger).