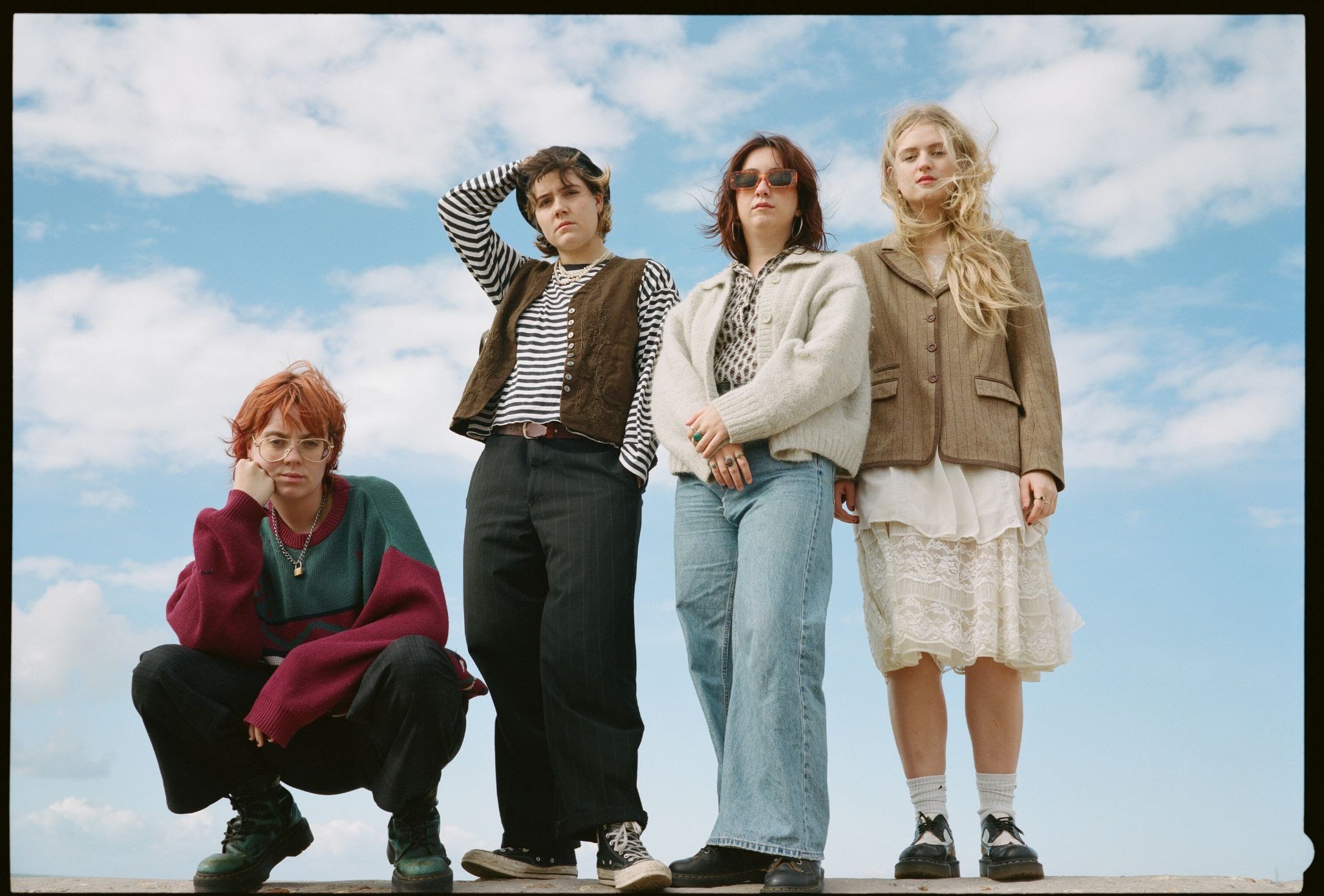 ‘It’s like clockwork, the way my head hurts…’ Is Lime Garden spying on me? Lately, I can’t keep things straight, to the point where a migraine kicks in and I decide it’s just easier to do nothing at all then try and tackle anything on the to-do list. ‘Clockwork’ has some darker overtones, but underneath, it’s quite easy to stand up and dance to. A bit Depeche Mode, a bit Metric, a whole lot enjoyable.

Alex Lahey – Spike the Punch
Alex Lahey is one of my absolute favourite underground artists. Earlier this year, she further solidified that with her catchy-as-hell ‘On My Way’ from one of my favourite films of the year (The Mitchells vs. The Machines). And now here we are again. Another song to fall in love with, to get stuck in my head and to be a little bit mad about because it’s almost unfair how infectious ‘Spike the Punch’ – and all her songwriting – is. I guess I can now start my “most anticipated of 2022” list. Damn.

Jesse Jo Stark – Cry On Me
Fun fact: apparently Jesse Jo Stark is Cher’s goddaughter. You can thank me at your next trivia night. Anyways. ‘Cry On Me’. After listening to this haunting song… that’s kind of what I want to do. Jesse, will you hold me? You’ve made me feel quite sad and I feel like you owe it to me now. Otherwise I’ll just be crying on my own, and that sounds rather depressing.

Surfbort – Happy Happy Halloween
It’s rowdy. It’s raw. There’s references to Beetlejuice and ‘pixy sticks with cyanide’. There’s Harley Quinn and Freddy Kreugger cosplay. Kinda want to go howl at the moon now. A no brainer addition to your Halloween playlist. It ain’t ‘Ghostbusters’, but it gets the job done.

Beans on Toast – Not Everybody Thinks We’re Doomed
Kinda listens like a children’s song about smiling while the world burns around you. Love Beans on Toast, but can’t say I’m in the mood for a bubbly, optimistic, ra-ra tune right now. But hey – some of you might need that right now. And if you’re one of those people, you’ll find a whole lot here to smile about and bob your head to.

Christina Ward – Gulf
‘I used to want to go missing / over the mountains…’ kicks things off, a sentiment I think a lot of us can relate to. Christina Ward has something special here; this isn’t your typical “pop” song. There’s atypical chord progressions and instrumentation, and yet it all lays the groundwork for an incredible, easy-to-digest vocal performance. Not a bad way to start your day – ‘Gulf’ goes down easy.

BANJI – Chills
I hate describing this song as modern disco… but it’s kind of modern disco. Whether that’s a good thing or not is entirely up to you. If that intrigues you, put on some bell bottoms and some tinted shades and get down with your bad self.

SPINN – Stargazing
This has nothing to do with the song, but a lotta band names doing the whole “one word, all caps” thing nowadays, eh? It’s like “stop yelling at me!” But honestly, if it means I get to hear tunes like ‘Stargazing’, SPINN can text-yell at me whenever they like. Catchy, jangly indie-rock that has a sneaky bit of beauty underneath the surface as well. Dig it.

Lana Del Ray – Blue Banisters
It’s a Lana Del Ray song that sounds like a Lana Del Ray song. The chorus is especially chill-inducing, so bonus points for that. On the other hand, she sure spends a lot of time on a John Deere tractor, so I’m detracting that same amount of points, and here we are back to square one. Honestly, you’ve probably already listened to the song before reading this diatribe. Right? Right. So, are you still following along… or have you moved on to something else? Honestly, I feel like you never listen to me anymore. Like there’s walls between us. What do I do? On top of it all, the dog won’t stop staring at me. Okay. Putting my headphones back on. At least someone understands me.

Urbanparcs – Hay Fever
I’m a sucker for a catchy-ass guitar lick, so I was hooked right away by this one. This song is like the musical version of Ferris Beuller – too cool for school. It’s got a “sunglasses indoors” vibe, this one. Now if you’ll excuse me, I’ll be doing one of them awkward-Dad dances to this one over on the Tick Tocks.