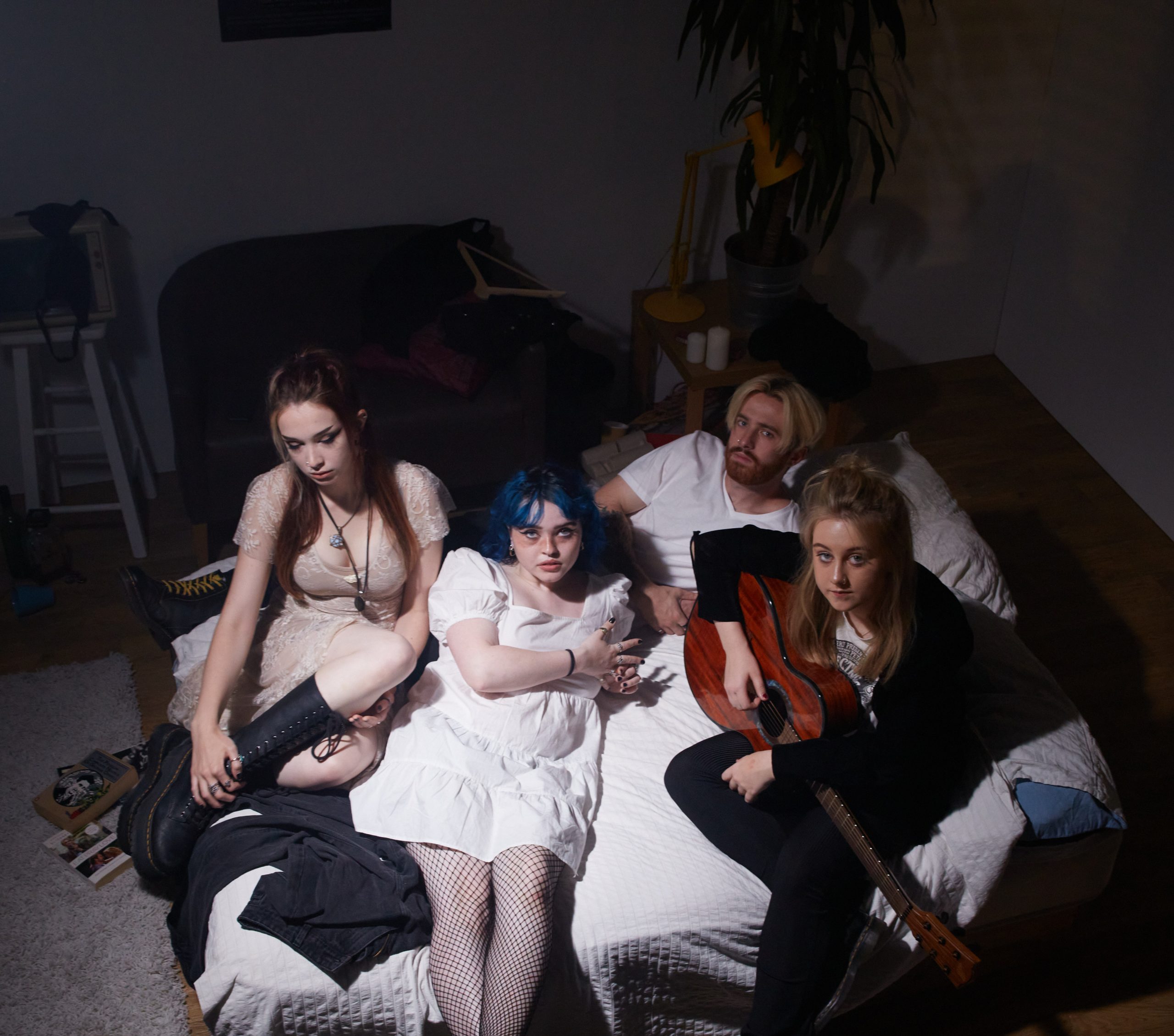 Track of the Week: Crawlers – Come Over (Again)

A satisfying slow burner, ‘Come Over (Again)’ begins as an intimate acoustic number that builds into a big ol’ heart-wrenching climax. Usually opting for a heavier style, this is a strong and refreshing release from the Liverpudlian Four-piece, one that deserves this week’s crown at the top of the table. More of the same, please.

Sinead O’Brien – Girlkind
The Irish wordsmith returns with ‘Girlkind’, a track that marches forwards, sideways, upwards and downwards with an impressive, confident stride. Containing O’Brien’s unique brand of weightless surrealism, there’s plenty to unpack here: from shifting Catholic statues to time itself slipping away. Get it down ya.

Alfie Templeman – 3D Feelings
Everyone’s favourite shaggy haired prince is back with a new single. ‘3D Feelings’ gives off Harry Styles vibes with its addictive pop beat, light and bright guitar lines and those all important ‘du du dus’. Thanks Alfie, that’ll be stuck in my head for the rest of the week now.

Oscar Scheller – Weirdo
Strange but in a really good way? Oscar Scheller is one Ashnikko’s main collaborators so this was never going to be straight forward… What stands out here though is an excellent use of drum beats and a great mixture of contrasting textures.

Mumble Tide – Noodle
Bolting out of the starting gates, ‘Noodle’ sets an unrelenting rhythm from the off. Only Gina Leonard’s vocals and Ryan Rogers time keeping stops this track from running out of steam; it’ll definitely be the most superb and energetic 3 minutes of your week.

Crake – Lamb’s Tail
What a beautifully intimate vocal performance. Always flickering, on the cusp of breaking almost, Rowan Sandle gives us a glimpse inside his soul. With understated and considered backing from Russel Searle, Rob Slater and Sarah Statham, this is a subtle but stunning tune.

Yeule – Friendly Machine
Opening up with a glitchy compilation of error messages and bleeps, and sustaining a mixture of soothing tones and un-rhythms throughout, ‘Friendly Machine’ is an emotive release that immerses listeners into an in-between space: occupied only by random fragments of reality. Less of a ‘standard’ single release and more an art piece, this is definitely our most interesting and engaging listen of the week.

Sega Bodega – I Need Nothing From You
Minimalist and airy, ‘I Need Nothing From You’ is a slow burner if I’ve ever heard one. It builds and builds, slowly unfolding itself like a warm, fleece blanket – similar to how Bon Iver’s ‘Woods’ stacks atop itself in a musical Jenga formation. Perfect timing too, ‘cus it’s getting quite cold this side of the Atlantic.