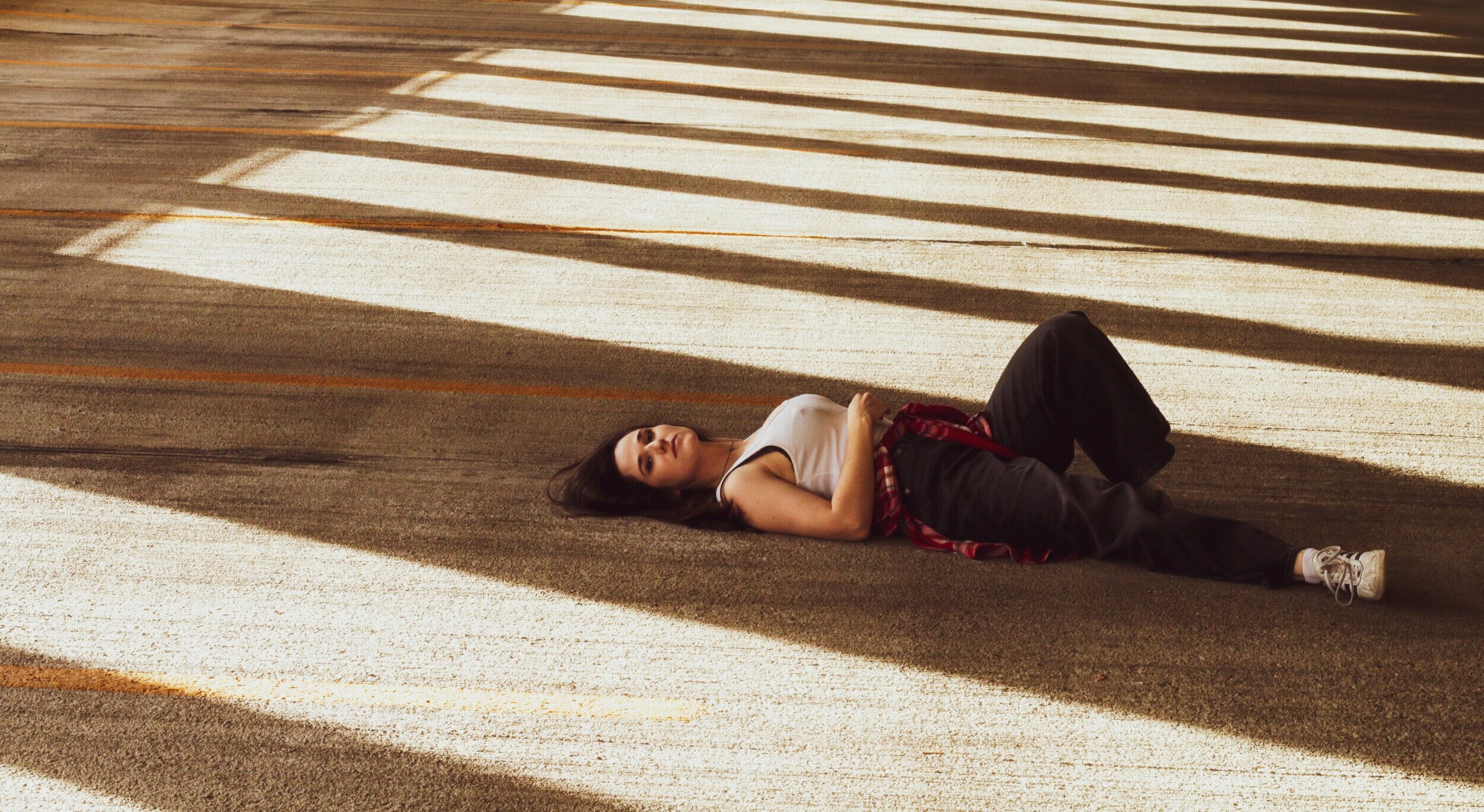 Mark my words: Arielle O’Keefe – aka Girl Blue – is on the brink of becoming a star. Despite hailing from a criminally underrated scene in upstate New York, her voice and songs are fit for an arena. I can’t help but think of a young Adele when I hear ‘Little Virgin’. It’s a delicate, yet powerful song that’s clearly setting you up for a record bound to have you shedding a tear or fifty. Be still, my heart.

Rosie Alena – Adore Me
This piano-led track adopts a slower pace to Rosie’s previous releases, which soared with optimism. ‘Adore Me’ is more pondorous, questioning the impacts of social media on people’s self esteem and body positivity. Rosie’s voice is typically captivating, showing again why she’s one of the year’s standout new artists.

Alix Page – Radiohead
Phoebe Bridgers fans take note, Alix Page is cut from the exact same cloth. The song is produced intimately, every time Alix’s hand connects with the guitar you can hear every noise. Lyrically, it’s the same documentary style Bridgers is famous for. Taken small snippets of life and painting this beautiful picture.

Juice – Never Let You Go
Though thankfully not a cover of Third Eye Blind’s worst single (fight me), it does somehow harken back to another side of that musical era. It’s simple and comforting, like a homemade cup of cocoa.

Boyish – Smithereens
Smiths references GALORE – Morrissey must me blowing a load whilst knee deep in an all natural, organic, vegan beef sandwich. That aside, ‘Smithereens’ is a lovely slice of warm indie-pop, landing somewhere in the middle of Azure Ray and Middle Kids. Not to be missed.

The Linda Lindas – Nino
Young viral sensations, known for expertly sticking it to the patriarchy and status quo, return with a song about… a cat. Seems odd until you realize they’re singing about a killer of mice and rats. If that’s not a double entendre, I’ll start licking my own butthole.

Boy Harsher – Give Me a Reason
Sultry and dark, Boy Harsher are a bit like black treacle for the soul. Their latest offering, ‘Give Me a Reason’ is the second single from their upcoming release The Runner (Original Soundtrack) – that’s right, the band made their own horror film and, of course, soundtracked it themselves. I’m half convinced that they’re actually vampires; put it this way, I’d be a bit iffy if they invited me round for tea. They do make good tunes though.

Hippo Campus – Semi Pro
A less pretentious 1975. That’s it. That’s the review. (Seriously though, this is a lovely acoustic-led pop/rock song, with a lead vocal that feels almost… calming. Like no matter what he’s singing, it all translates to “it’s gonna be okay, because I said so…”)

La Loye – about imagining things
For the first 10 seconds or so, it seems as though you’re about to be dropped right into a club song… and then a softly strummed, lo-fi acoustic guitar comes in and suddenly you’re in a beautifully orchestrated folk song that sounds like the perfect soundtrack to every late night, snowy winter’s drive. And if there’s one thing I like in this world, it’s music to get lost in. Two thumbs way up.

SPINN – People Should Know Better
SPINN clearly have something to say with ‘People Should Know Better’ – and saying it in such a catchy way means people should also listen in. These guys know their way around a song, and whoever produced this gets a big ol’ American high-five from yours truly. Give it a spin – ha! see what I did there?