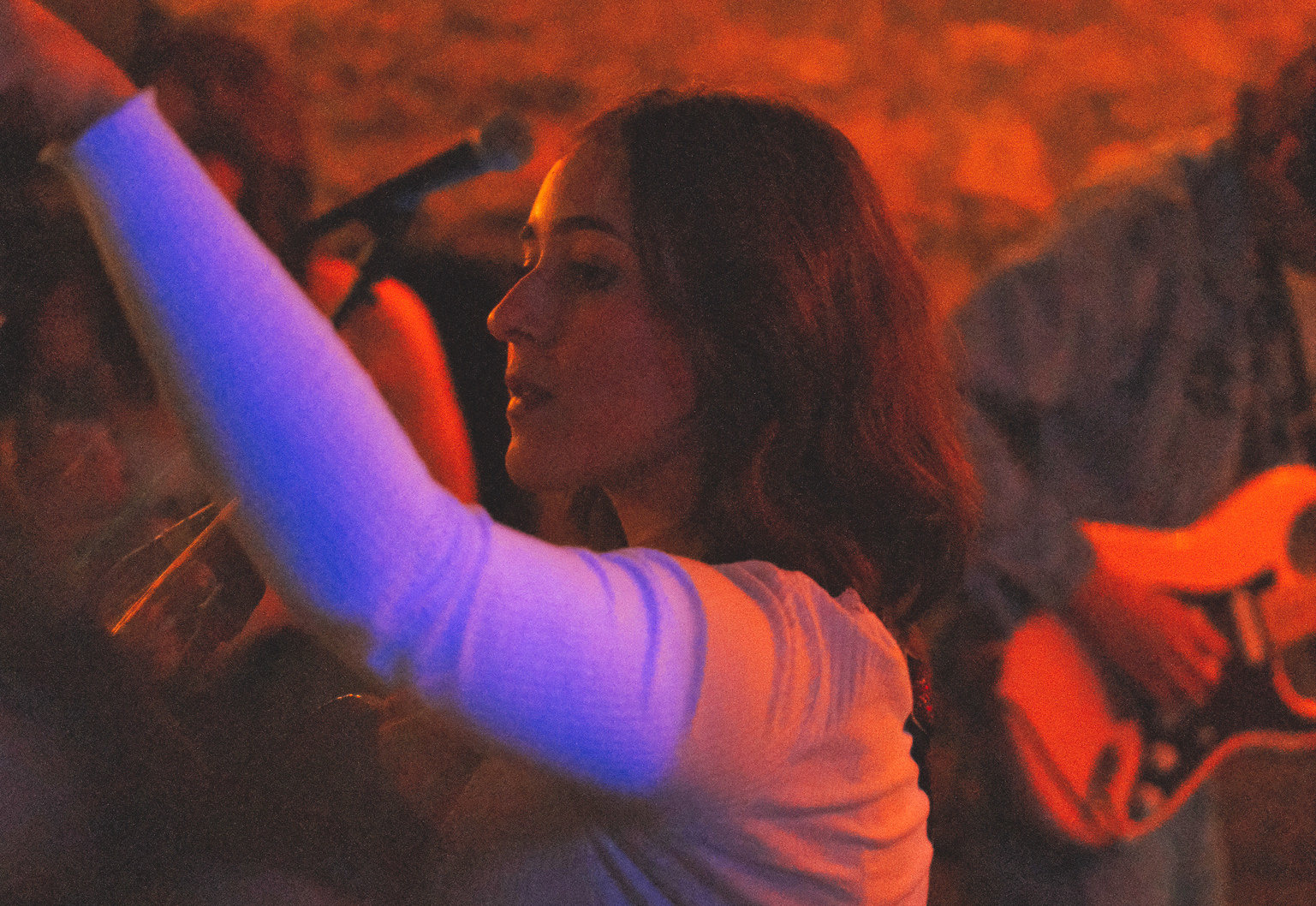 Track of the Week: Hana Eid – Dancing to The Smiths

This new Nashville artist reached out to our Manchester-based magazine personally this week, with her superb new single ‘Dancing to The Smiths’ – from the title alone it seemed like fate. For fans of Phoebe Bridgers and Lizzy McAlpine, the track moves with a hard-hitting and guitar-filled sway. Front-and-centre, Hana’s vocals steal the show throughout and we’re stoked to hear more.

Divorce – Services
Exploring via the archetypal ‘road trip’, Divorce’s new single ‘Services’ walks the rocky road between the golden ‘coming of age years’ and the not-so-clearly navigable mid-twenties. As a bit of a ‘mid-twenty-something’ myself, the track manages to capture the sense of longing for things to move faster, the longing for life to some how figure itself out, all mixed with the near-constant anxiety of finally paying for council tax.

Wunderhorse – 17
The definition of a slow-burner is a song that starts off leaving barely an impression and by the close has its hands around your neck, asking you for your credit card details with the promise of a twelve-inch release. ’17’ is a slow-burner. We like slow-burners.

APRE – Feel It
Comic hip sways and dad dancing is a must listening to APRE’s ‘Feel It’. As a pop song, it’s pure fun, like 100%, high grade F.U.N. – upbeat tempos, catchy lyrics and cheesy 80s guitar lines pop and bounce along with all the pace of a kid drunk on blue smarties at a roller disco. Just what the doctor ordered to welcome in the new month.

Jerry Paper – Kno Me
Pink. Cowgirl. Dress. Jerry sure knows how to swoon us with this new music video for ‘Kno Me’: a tight little ditty about self-acceptance and growing as an individual. If you want a quick smile on a slow Friday afternoon, I urge you to watch this.

Sophia Bel – Lonely After Curfew
With the raw, lyrical sensibilities of lo-fi bedroom pop and songwriting akin to Taylor Swift, Sophia Bel is destined for greatness. Gently twinkling guitars make up the first half of the song before a subtle beat comes in, perfectly encapsulating the ’90s-esque chorus that will stick with you long after the song ends. This is a special one, folks.

The Bitter Chills – Piling Groceries
A little bit Black Keys, a little bit John Mellencamp. Kinda catchy in a “fair’s in town for the summer” way. All I know is, if anyone’s piling groceries on top of my guitar, they’re gettin’ slapped.

Lowlight – Samantha
You don’t need me to tell you these guys are from New Jersey to grasp they’re from New Jersey. Just listen to ‘Samantha’ – The Boss’ influence runs deep in this one. The tune itself is a slow burn, as if vocalist John Gleason is reading you a bedtime story, but it’s one you can’t fall asleep to because you’re just too anxious to find out what happens next. Viva la Asbury Park.

Have You Ever Seen the Jane Fonda Aerobic VHS? – In Tangerine
No, that’s not backwards – the Jane Fonda part is the band name. I can’t decide if it’s the greatest band name of all time or the most awful. Or maybe it’s the greatest because it’s so awful? I don’t know. But now I want to go rummage through a Salvation Army to find both Jane’s exercise video, and a VHS player to play it on. Maybe a copy of Titanic for old time’s sake. That shit was on two VHS tapes – remember that? Wait. What were we talking about? Oh, yeah. The song’s pretty rad too.

Tess Parks – Happy Birthday Forever
I wish it was my birthday forever, though the attention would likely drive your ego through the roof. Tess Parks seems to handle it well though; understated with a strong groove, ‘Happy Birthday Forever’ is a surreal, disillusioned look at the need to constantly be ‘nice’, ‘happy’ and ‘fun’ – three things that can too often feel performative, especially when there’s collective pressure to conform. Anyways, take some time for yourself this weekend and look after that noggin of yours.