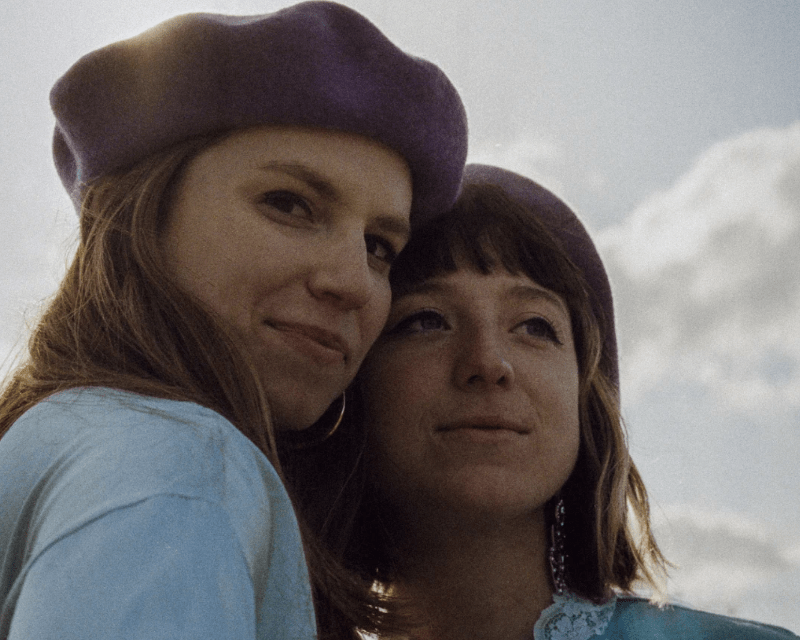 Prima Queen have an air of Big Thief about them on this new one, which is high praise indeed. It’s a track about mental illness, and offers a first-hand experience of dealing with depression. It’s a tender, touching track to add to Prima Queen’s already-impressive discography.

PS. The lyric ‘I cried in the back of a yoga class’ reminded me of that scene in After Life, where Kath breaksdown in tears at a ‘laughing yoga’ class.

This 90-second number from Lou Roy is proof that short and sweet still works. A sultry number, it shows off yet another side of Lou Roy who seems to have unlimited feathers in her cap.

Julia-Sophie – Dial Your Number
For fans of Kelly Lee Owens and Ella Minus, this new single from Julia-Sophie is built on a heavy, unrelenting electronic drum beat that throbs forwards with all the passion and force of a tug boat. Full steam ahead.

Krush Puppies – Love Kills the Demons
About moving on, ‘Love Kills The Demons’ superbly resonates with anyone that’s come across that feeling of emptiness you get after a break-up. With a bed of wistfully strummed guitars lines and the appearance of a catchy flute melody, the track feels like a warm blanket and a reminder to keep on keeping on. Chin up.

fanclubwallet – Gr8 Timing!
It’s the first we’ve heard of fanclubwallet and it’s safe to say we like it. ‘Gr8 Timing!’ mixes drum-machine beats with grunge-heavy guitars and a brilliant, reflective vocal perfomance from Hannah Judge. Give it a go.

Bo Milli – At The Wheel
Bo Milli’s debut single ‘At The Wheel’ traces all the anxieties and pressures associated with the contemporary coming-of-age story. Think the nostalgia of a mid-noughties teenage anthem mixed with the reflective and personal insights of an artist like Soccer Mommy and you’ll likelt end up with this superb song. Not too shabby for a newcomer.

HAIM – Lost Track
Our favourite Californian family band return with ‘Lost Track’, a light, bright single that brought a bit of sunshine into my dingy one bed, one window flat in Manchester. As HAIM know best, the song leaves you with a smile on your face; you can’t ask for much more than that.

The Cast Before the Break – From A Pedestal
Post-rock from a band that hasn’t released music in more than a decade – The Cast Before the Break certainly makes up for lost time with the intricate ‘From A Pedestal’. The free-flowing second single ahead of next week’s album release has us feeling both excited and nostalgic; it’s kind of a connundrum.

The Linda Lindas – Talking to Myself
These young gals may have started as a viral, anti-racist/anti-misogynistic sensation in a school library, but they’re quickly developing into one of the hottest, catchiest up-and-comers in the underground. ‘Talking to Myself’ is bubblegum glory, straight out of the American Pie or She’s All That era. Honestly, the only problem with this song is that it ends too soon.

Papooz – I’d Rather Be the Moon
Feeling a little washed up myself at the moment, Papooz’s new track is the perfect pick-me-up. Swaying like a gentle breeze it floats along, lifting your mind, body and soul just enough to enjoy the sun again. Don’t you worry, everything’s going to be a-okay people!

Bartees Strange – Heavy Heart
In 2020, Bartees Strange came into the limelight and was quickly revered for his eclectic approach to indie rock. With a keen ability to mash genres like post-rock, hip hop, soul and emo into something totally unique, it was no surprise. ‘Heavy Heart’ not only continues this journey, but expands upon it in every way – that horn-led breakdown halfway through? Absolutely epic. Don’t sleep on this one.