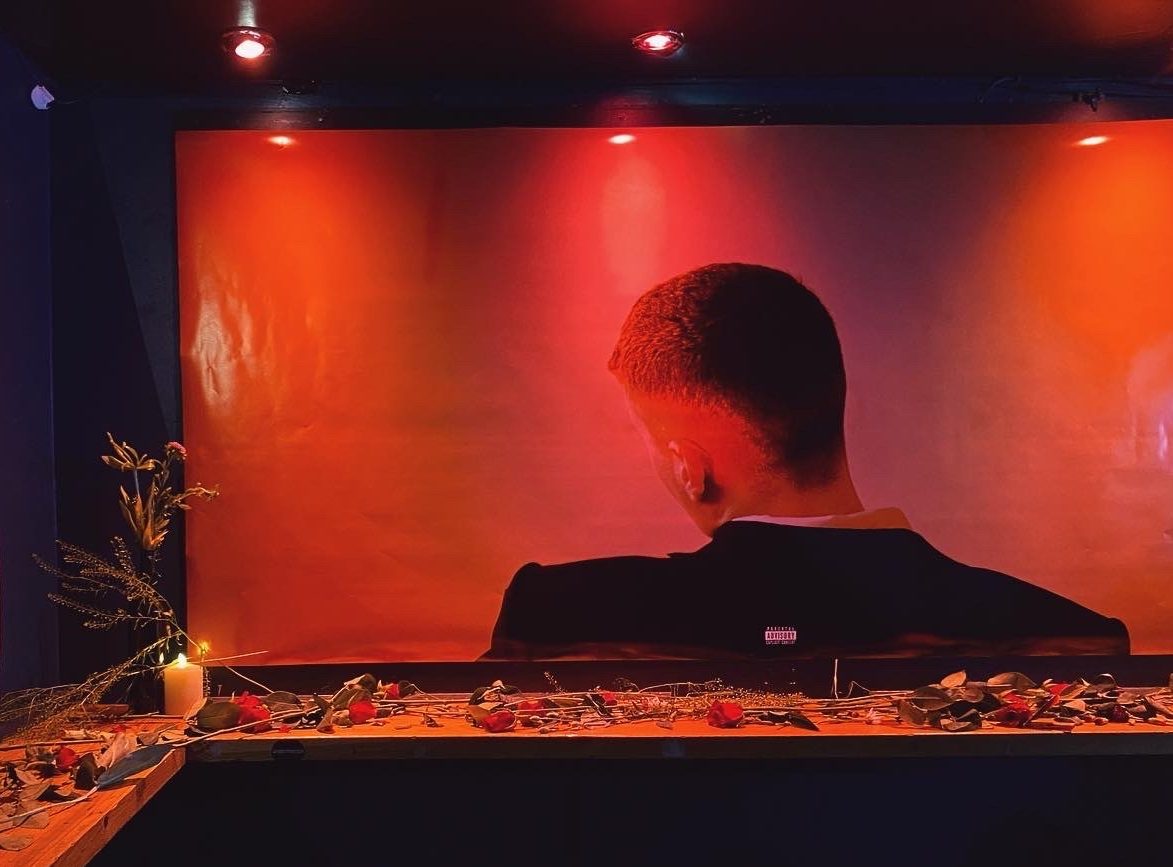 ‘It all started here. It feels like I’ve come home.’

As promotion for his upcoming single, ‘Joe’, one week prior the local legend had challenged listeners to pre-save the track for an exclusive link to ticket access, stressing that the concert was completely free if you got in quick enough.

The show ‘sold out’ in seconds; by 12.01pm on Friday, just a minute after their release, friends and fans found that tickets were no longer available – a testament to the commitment of Glaswegians when a free gig is on the line.

Because never mind the cost of living crisis (though Joesef joked this was something of a compensation gig as prices continue to soar) King Tuts is the place to be for an up-close event with your favourite artist. Boasting a capacity of just 300, the iconic Glasgow grassroots venue holds a hefty portfolio of past acts under its belt, known for platforming the likes of Oasis, The 1975 and Florence and The Machine before they started selling out arenas.

As Joesef climbs higher in his career, the chances of seeing him at King Tut’s again in the future seem slim. Walking up the stairs to the gig space that evening, it was clear he was making the most of the opportunity: posters of his single covered the walls; frames usually advertising upcoming artists held only promo for Joesef himself; the merch stand near the bar held a candle-lit shrine to Glasgow’s one and only. There was no doubt: this was a unique and exceptional celebration.

The gig itself was as successful as we’ve come to expect from Joesef. The crowd swayed and sang with enormous enthusiasm to almost every lyric in his songbook, par a few new entries that have yet to be released. With audience members spilling out of the main area into the landing, even the worst spots in the house soaked up the energy and magic of the night’s performance.

Emotions ran high both off and on the stage; as with his impressive O2 Academy performance in Glasgow in May of this year, the connection between Joesef and his home crowd is unlike anything I’ve ever seen before in live music. Welling up at old favourite ‘Limbo’, dedicated to Glasgow for the song’s early success, and most recent single ‘East End Coast’, a more direct ode to the city, you could both see and hear how crucial Glasgow’s music scene has been in his career so far.

The love goes both ways. Now living in London, a Joesef gig in Glasgow feels like sharing a hug with our beloved singer-songwriter. Never before have I experienced such a powerful bond between act and audience, and I’m confident I’ll not see its like again. After all, there really is nowhere like Glasgow; for all that this city gets a bad rep from those who misunderstand us, you’ll never meet a warmer, kinder, more supportive group of people. The live scene is the living embodiment of that, and merely one example of the strong sense of community pulsing through this great city.

Joesef is as proud of Glasgow as Glasgow is of him. As he addressed the crowd, with family and friends in direct eyeline, he couldn’t have summed up that hometown pride any better:

‘They can take us anywhere, but they can’t take it out of us.’