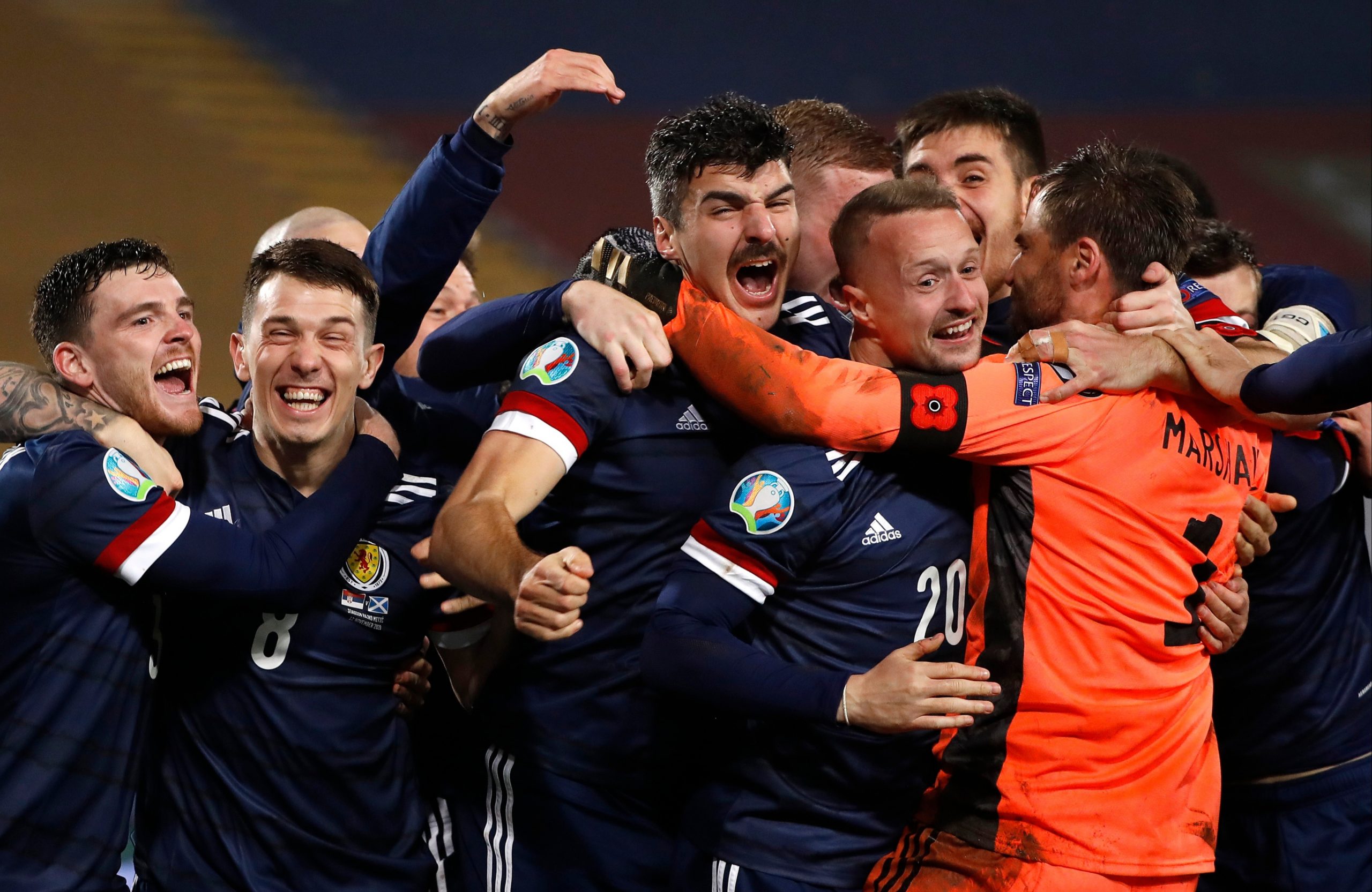 Five goal-worthy Scottish artists for our boys in blue

We did it. We actually bloody did it. After 22 years of hushed cheers, sunken hearts and limply-born Saltires, Scotland have qualified for Euro 2020… or, 2021? We’re not sure, but it would be good to clarify for the inevitable tattoos that’ll be etched into pale, faithful, helplessly optimistic Scottish flesh in the months to come.

Anyway, a video came out of the lads jumping madly to ‘Yes Sir, I Can Boogie’, fresh off the pitch, probably unable to believe what they’d just achieved. While the 1993 hit from Baccara had all the bounce and energy they were looking for, I couldn’t help but think we could do one better. So here we are: five tracks from the greatest new Scottish talent, one for every goal of that glorious shoot-out.

Joesef – ‘Does It Make You Feel Good?’

Glasgow-bred with a voice that could slow-roast yer tatties, Joesef is well and truly underway to becoming a well-known talent. Having recently joined forces with Loyle Carner for Joesef’s second EP, his soulful style is a sweet blend of lo-fi rhythms and honey-toned melodies. This is the title track from that sophomore EP, and yes, it does make us feel good.

Declan Welsh and The Decadent West, quite simply, restored my faith in guitar music. Their debut album, Cheaply Bought, Expensively Sold (review here), crash-landed last year and exceeded expectations… well, mine, anyway. Swinging between the gritty and the down-tempo, these guys are definitely ones to watch. Turn this up loud, we’re celebrating!

Young Fathers – ‘In My View’

No one sounds like Young Fathers, which is a high compliment indeed. Their sound switches between experimental and alternative, coming close to genres like R&B without ever actually settling into them. Based in Edinburgh, the trio snatched up the Mercury Prize with their third album, DEAD (2014), but it’s been a couple of years since we last had any new material from them. Maybe qualifying for the Euros will inspire some new tunes? Maybe not. This track’s from Cocoa Sugar back in 2018, and it’s a good ‘un.

With just one EP and a pair of singles currently under her belt, kitti is a new face in Glasgow’s music scene. It means we don’t know an awful lot about her, but her voice is not one to be brushed off lightly. Soulful and emotive, kitti’s vocal range and sultry musical arrangements leave a lasting impression. She’s a mystery for now, but not for long. Here she is performing live in Glesga last year, with only a keyboard to keep her company. Lovely stuff.

Gerry boi is a firm favourite among any festival-going Scot. Yes, it might be pouring, no, I can’t see my feet through the mud anymore, but it’s fine: Gerry’s about to sing ‘Sometimes’. Spirits lifted, pints downed, Gerry Cinnamon brings the best in his music: tunes to dance to until the taps run dry and the world knows only joy. His second record, The Bonny, came out earlier this year, so here’s a wee taste.