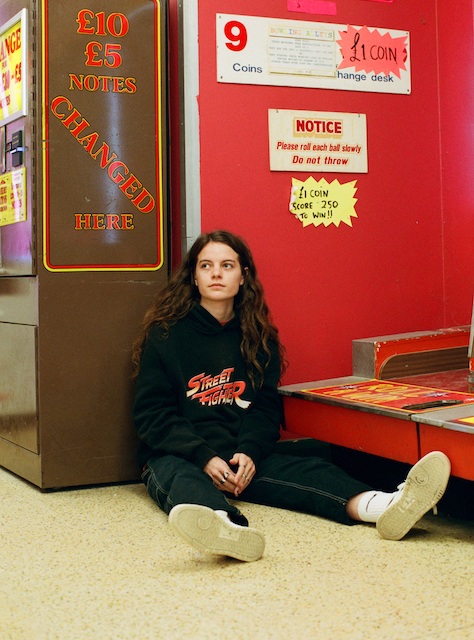 There’s talk of nukes in the east…. Life’s short. Listen to some good music.

TRACK OF THE WEEK: pinkpirate – Can We Talk About the Past Instead?

So, listen… we might be in love with pinkpirate after hearing this track. It’s kind of like if Clairo woke up one morning and decided she was going to start making house music. Yeah, we know you want to hear that right away – feel free to thank us when you’re done.

Black Honey – Out of My Mind
‘Out of My Mind’ is another slice of Black Honey’s indie-rock in its purest form. Throughout the track they forge a vibrant and dynamic energy by switching between big riffs and stripped back vocals. Another excellent follow-up to the cinematic glamour of Written & Directed, Black Honey haven’t lost their knack for making you feel like a main character on top of the world.

Arctic Monkeys – Body Paint
It’s clear that Arctic Monkeys are not planning to bring us back to fast-paced indie-rock bangers and you know what? We love this new era and we will shout it from the rooftops. It’s got Alex Turner’s classic lyrical style with a 60s/70s twist and that’s quite a fine duo if you ask us.

Wings of Desire – Choose a Life
Wings of Desire take things fast in their new single ‘Choose a Life’ and have done well to a sound chamber effect. But it feels cherry picked from Trainspotting; the incessant chorus and the title cheapen the reference. The song is wonderfully spacey but is desperate to be noticed in a pop culture reference from 26 years ago.

Black Lilys – New Era
I know you’re not supposed to judge something by its cover, but I just had a good feeling about this song before I heard a single note. And the cover did not lead me astray – ‘New Era’ is a lovely slice of indie-pop with a mildly dark pallette. So maybe don’t throw stones at me for judging this one ahead of time, ‘cus it sure as hell paid off. Black Lilys have a new fan.

The Beaches – My People
This track, from the awesome Canadian collective, features driving drums and some great crooning vocals. Turn the lights down and the speaker up, ‘My People’ is a great rock-out tune.

Public Body – Break From Life
It’s been one of those weeks where I could use a break from life. Needless to say, Public Body are kind of preaching to the choir with this noisy little jam. I appreciate it very much.

Paige Bea – 4×4
A little bit Tove Lo and a little bit K. Flay, Paige Bea gives us a decadent new track to dive into this week. Her voice floats over ambient instrumentals, encouraging a second listen to truly get a hold of those dark lyrics she weaves in among it all. She also manages to make some rattlesnake-sounding effects make sense in this, which is a feat in itself.

NANCY – English Leather
Oooh yeah, this is nice and gritty. Sets the scene for a seedy sort of thriller, maybe in a dive bar somewhere. Not a whole lot to latch onto here other than the vibe which, let’s be honest, is pretty much perfect for spooky szn. Get yer zombie on.

The Drives – Not That Bad
This tune is not just not that bad – it’s great. It’s full of upbeat indie-rock guitar that feels like it jumped right out of an early 2000s coming of age film, in the best way possible. And let’s be real, we’ve been convincing ourselves all week that things aren’t that bad, so we’re just gonna sing along and forget the rest.