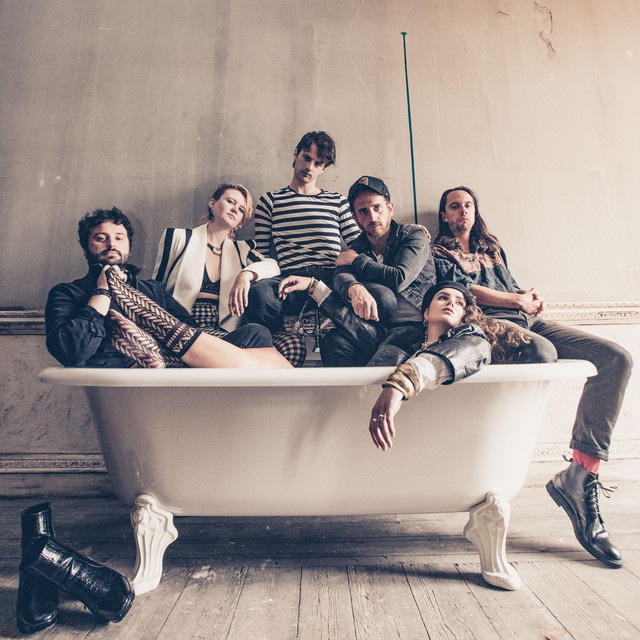 Well, folks. Here we are. 2023. There’s typically not a lot of activity in the music world the first few weeks of the year. And yet, here we are for our first round-up of the year with an incredible baker’s dozen of musical treats. Hope you’re hungry.

TRACK OF THE WEEK: Shania Twain – Giddy Up!

Listening to this song is how you start a year off. It’s a flawlessly fun country-pop tune that’s going to be on my playlists all year round. Even sounds like Bobby Gentry’s ‘Reunion’ is sampled a little – two queens combining? Yee-haw! [JR]

Lady Blackbird – Woman
My actual first reaction to hearing ‘Woman’: “Holy shit, what a voice!” I’m getting a similar feeling to when I first heard Adele’s 21. Powerful vocals over a pop instrumental that’s super easy to latch on to. Willing to bet Lady Blackbird will be a big, big deal before winter’s end. [TF]

The Hold Steady – Sideways Skull
Celebrating 20 years as a band, The Hold Steady has just released the title track for their upcoming LP with ‘Sideways Skull.’ It rocks hard alongside Craig Finn’s typical “speak-sing” vocals, but the lyrics stood out the most. Is it a satirical take on members of the music scene here just for clout? Is it an ode to the fact that everyone who pursues music has something a little off inside that makes us this way? Am I reading into this too much? Give us a shout if you’ve figured it out. [RG]

Dougie Poole – Nothing on this Earth Can Make Me Smile
Dougie Poole’s music is country for people that think they hate country music. This new track is a great example of his unique, elegant twist on the classic genre. It’s accompanied by a hypnotising, acid-trip-like video that you’ll need to watch a few times in case you missed something… [LW]

Death Valley Girls – Sunday
Death Valley Girls have put a dark spin on old-school DIsney animation in the music video for their new single ‘Sunday’. Coupled with pyschedelic guitars and their typically far-out vocals, this song will somehow leave you spaced out and questioning everything at the same time. [VG]

Daughter – Be On Your Way
It’s been a long four years since Daughter’s last release, and it was well worth the wait. ‘Be On Your Way’ brings a wave of emotive reminiscence to the listener, with its bittersweet lyrics of longing fitting seamlessly with the drum and string led instrumentation. Toning down a notch in the pre-chorus and building up in the chorus, it seems that Daughter have struck a near-perfect mix for their emphatic return to the indie music scene. [AV]

shame – Six-Pack
It’s another big win for post-punk on shame’s new single ‘Six-Pack’. Their third album is shaping up to be just as big as Songs Of Praise and Drunk Tank Pink, with even more sonic twists and turns than ever before. ‘Six-Pack’ is four minutes of musical unpredictability – and the visuals are just as wonderfully weird. [VG]

The Go! Team – Gemini
Am I a Gemini? No. Will I be listening to ‘Gemini’ every time I need some daily affirmations? I sure will because who doesn’t want to be “celestial, mercurial, fantastic, astrophysical, elastic, mathematical, impossible, so radical”? Well, maybe not mathematical but you get my point. Only critique is that it felt a little like a kid’s tune with such upbeat, slightly saccharine melodies, but perhaps I’m feeling cynical in the dreary January weather. If you’re looking for light, don’t listen to me and listen to them instead. [RG]

Bo Gritz – Observes and Selects
Who doesn’t love a bit of noise-rock on a Friday? Fans of black midi or Gilla Band will be well into London’s Bo Gritz who are back with a bang after their hiatus. Fully embracing the chaos with cut-up lyrics and glitching rock, Bo Gritz invite you into their world on the new song. [VG]

Billy Nomates – Vertigo
It feels like Billy Nomates’ sophomore album has been a long time coming. It’s only been a couple of years, which is pretty standard, but time is weird and we’ve been craving more Nomates. Her new album CACTI arrives with final single ‘Vertigo’, offering up more of that spiky, genreless sound we’ve been missing these past few years. [VG]

Paramore – C’est Comme Ca
‘Regression is rarely rewarded…’ Hayley sings here, and Paramore is certainly a band that’s never once regressed. If you weren’t yet convinced their new record was going to be a bit of an outlier in their discography, ‘C’est Comme Ca’ should be the tipping point. Don’t know how I feel about it after the initial listen, but it’s certainly stuck in my head already. [TF]

Andrew McMahon in the Wilderness – Lying on the Hood of Your Car
We have a crazy theory, but hear us out: In his 20s, Andrew McMahon took his youthful longing, hope, and confusion, bottled it up, and now puts it in his coffee every day. There’s no other way that he so expertly captures that sound and feeling every single time. With lyrics like ‘We were climbing through the branches of a tree when time went missing / We were mapping avalanches and collapsing solar systems…’ you’re going to have a hard time proving us wrong. [RG]