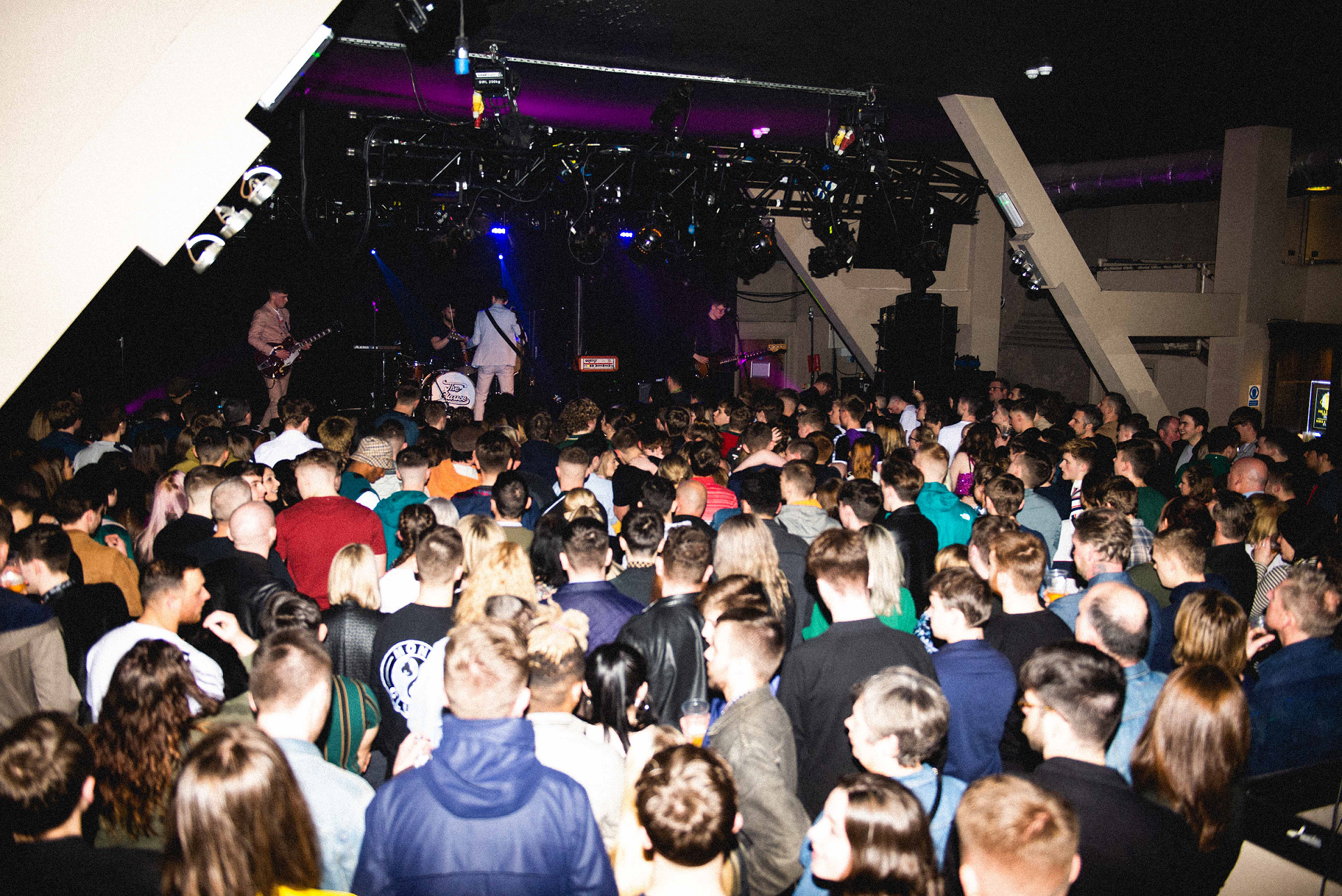 First of all, how’re things going with you guys? The new single is out?
Really good thank you, feeling on top of the world man.

What stands out to you about the area that you come from that you take with you as artists? Surely it’s not just the accent?
First of all the accent is a catch! I think the best thing about artistic people in Birmingham is the fact it’s so overlooked, there’s a real hunger to prove people on the outside wrong. There’s a good community and a good network of people making it happen.

Move and groove, the best way to enjoy music…

Are there any particular rituals you have around playing live? How do you step back from a live performance? Plate of chips and a cuppa?
We don’t usually unwind, a big blow out is the usual after big shows. Before we go on we usually whack a bit of disco on and have a groove before stage time

You’re unsigned, is that a conscious decision? If so, what do you think needs to change in order to create a healthy atmosphere in the music industry?
We feel as though although we’ve turned down a few offers, it’s something that we’re aiming towards eventually, it has to be the right person at the right time. It’s the eventual goal, just waiting on the right offer to be as successful as possible. We feel as though In order to create a healthier atmosphere, focusing on organic and hardworking musicians is the best way.

What were your first gig experiences? (must be an embarrassing one in there) any funny stories from the road?
We sold out ‘The Rainbow’ as our first show to 150 people, being underage we had a few too many, to say the least! Life on the road is always amusing, we’d be here all day even picking one good story.

Has music always been around you growing up? What were the first albums that made you decide that music was more than just something that sounded nice?
Music has definitely always been around us all growing up, despite the fact none of our immediate family are musicians. Together we have a lot of inspiration from the stones, their albums, when we first got into them, inspired our sound and look a lot.

Rock’n’Roll is all joy, no despair.

You’re sharp dressers, what is it that you enjoy about clothing? Would you class style as part of your music and part of your identities? Is it a form of expression that you tailor in the same way as a song for example (no pun intended)?
Clothing and music go hand in hand growing up in a working-class environment. Early on we weren’t too bothered, but as we’ve grown up our style has matured with the music. There’s a lot of bands that dress casual, it separates you from the crowd and matches the sound and vibe we go for.

‘Rock and Roll’ is a term that’s become almost a “dirty word”, met with equal amounts of joy and despair, how do you view it? And how does it relate to what you want to achieve/do as artists? Are genre labels important to you?
Rock’n’Roll is all joy no despair whatsoever, it’s madly important and we’re strong believers in it. It’s died out in a way, but we wanna bring it back. Genre labels aren’t important to us, when you describe yourself as a certain genre you’re automatically restricting yourself from exploring new avenues, we take a lot of inspiration from loads of different styles

What do you strive to create as artists? Do you want to make people move and groove, or listen and see?
Move and groove, the best way to enjoy music. We wanna bring the element of disco back into the mainstream, good vibes and good music.

Finally, what’re the plans for the rest of the year? What can we expect in the next six months?
We’re in the middle of a crazy festival season, we have massive plans for the last half of the year which we can’t say yet but they’re absolutely massive.