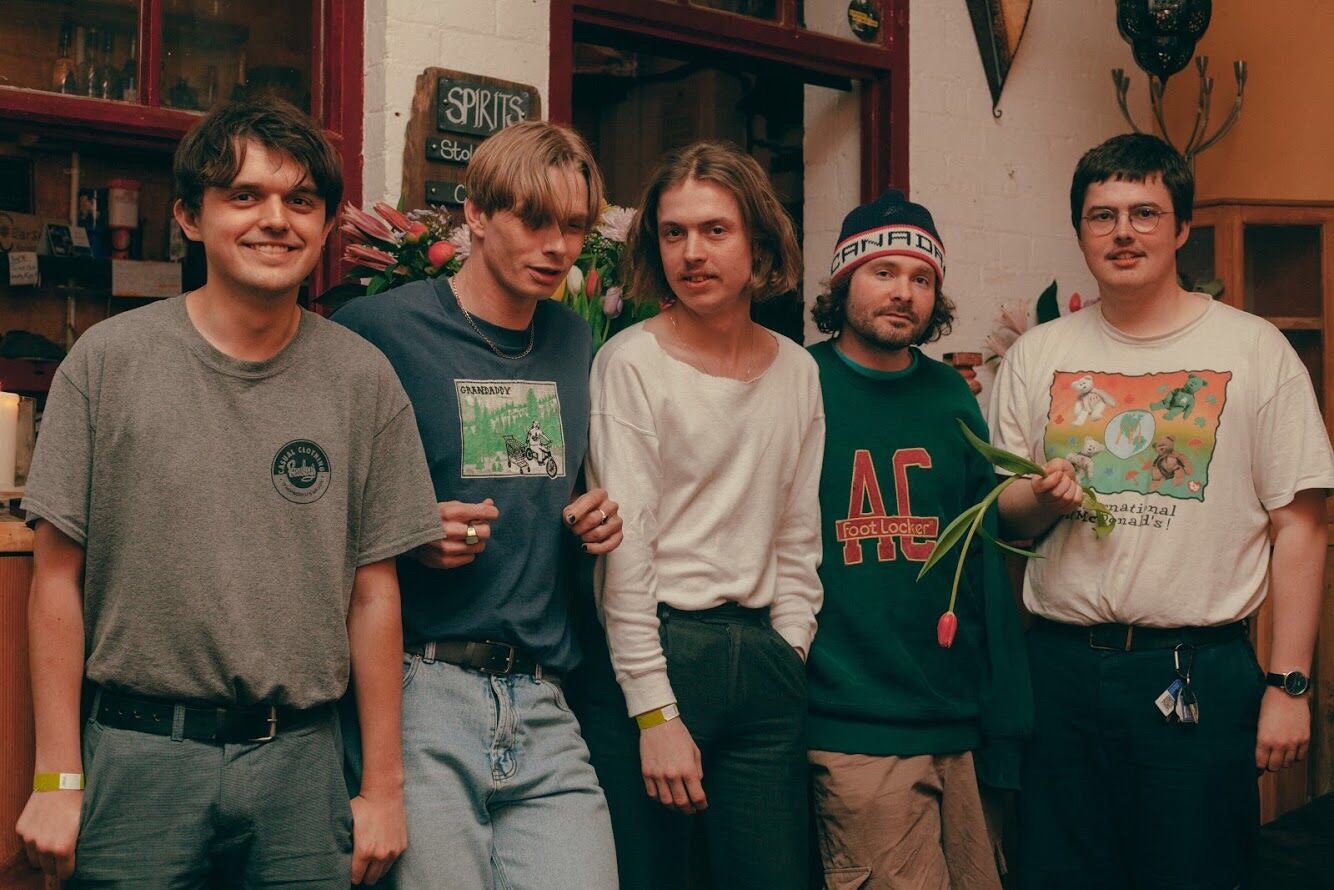 First of all big up the Hull massive, how’s it going?
Now then fella, yeah going good mate! Recovering from Wimbledon fever mind.

What is/are Bdrmm? Who are you if that’s not too much to ask?
I mean, it is a bit personal but I’ll move past it. Bdrmm is a project that I (Ryan) started about 3 years ago, just demo’ing tracks on my iPhone, I released an EP of phone recordings, one track of that got played on radio 1 so thought ‘who can I talk into to starting this band’, enter the motley crew that is my brother Jordan (bass), Danny (synth), Joe (guitar) and Luke (drums)

You’re only one person, make sure you are okay.

You’re still at the beginning of your careers, how does it feel to release things to the world? it must be quite scary to let go?
When we first released our debut single ‘kare’ (which seems like a lifetime ago), it was very daunting as to what people would think of it, but ultimately we have all been tremendously proud of all the tracks we have released, I suppose if you don’t have faith in yourself, then the chances other people will are slim.

What’re your first memories of music? How do you think they’ve shaped the artists you’ve become or want to become?
My earliest memory of playing music was probably having 90’s dance music pumped into my brain when my mum used to practise her aerobics routines at stupid o’ clock on an evening, so I have her to thank for my love of urban cookie collective, but it was my dad who really pushed good music onto me, I remember walking to primary school with my shitty mp3 player listening to the best of Radiohead, no 10 year old should be subdued to that, but I am glad I was.

What’s your view of the Hull scene in comparison to elsewhere you’ve played/lived? How do the Adelphi and Fruit stack up to the venues you’ve played in the likes of Leeds or Manchester? Is it shite or alright is what I’m saying?
Man, this question. I love hull, we will always love hull but in terms of a scene, it definitely has one, but in my opinion, if you’re following that scene, you’re never gonna get further than the hull. There are a lot more genres in the world, I’ll leave it at that. (Adelphi is the best place in the world)
p.s shite is a bit harsh, but it definitely needs a kick up the arse

Any embarrassing first gigs? Anyone go to Bon Jovi at the KC in ’06? No? Do you wish you did?… I mean, Jon Bon post-prime, in his mid-indie pop breakdown period, must have been somet’ else. Anyway yeah, any good first gigs instead maybe?
Jordan saw Jedward at Hull City Hall, he still talks about it to this day. we all do. It was just one of them career-defining shows you know? Jed and Ward if you’re reading, bravo lads.

If you want to make a difference, make sure you get involved…

Back to something serious, you’ve said that your new single, ‘Question Mark’, explores the difference between opinion and belief (“being told you’ve done something wrong and believing you’ve done something wrong are completely different things”). What question marks do you see in today’s world? how should we answer them?
Oft you’re really finishing with a big one aren’t you? I think the world is a very peculiar place at the moment, and everyone has their own varied view on how we can change it, how we can make it better etc. Obviously, if you don’t vote in local elections, there is no point complaining about it, but if you want to make a difference, make sure you get involved, but just take care of yourselves as individuals man, the world is a big place, but you’re only one person, make sure you are okay.

From here on out, what do you want to create? What’s your plan or artistic vision for the rest of the year/decade/lifetime? Go to the moon?
We’re heading back in the studio this October to start work on our debut LP, so that’s going to be taking up the majority of our time. We have a tour booked for October too, with some other exciting things in-between. I also really want to write a movie score, so… any directors reading? 07930103814