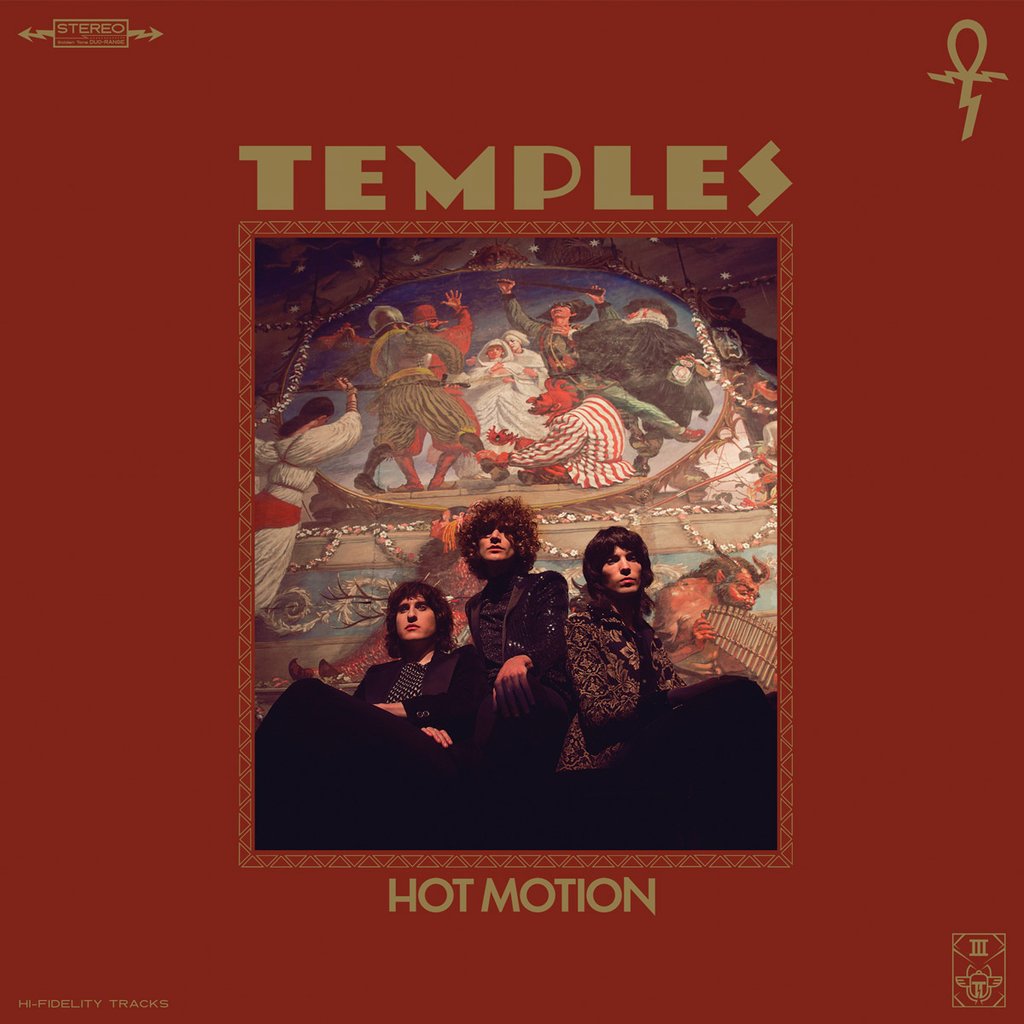 Returning with their third LP, Temples have again proven that their modern reinvention of 70s psych-rock is as ear-catching as ever. Known for their powerful and colourful guitar riffs, they have taken what they’ve done before and approached it with a much darker, and more intricate depth.

The record moves past the ‘standard’ previously set by switching from anthemic rock, to tender shadowy moments. At times the instrumentation comes across as harrowing, as if it belongs in some kind of trippy cocktail lounge, forcing you to take another step down the rabbit hole.

The band have not, however, lost their popular drive – the bass retains its stool shaking quality whilst the vocals are as dreamy as ever – if you’re looking for Temples, they’re here but just with a velvet and jacquard jacket on.

As a whole, the band move in unison, making clear the importance of switching to recording together as opposed to in their separate cupboards. The record all-round shows maturity and an awareness that sometimes, a switch in sound and movement is necessary to keep things artistically creative.

One thing that benefits from this change in speed, is the lyrics. The band comment, like everyone else, on what is happening at the moment – something they’ve not done too much of before overtly. It adds a sense of completion and cohesiveness to the record that lacked in previous releases.

As our own world beings to resemble a psychedelic concept album, we enjoyed our time with the new Temples LP. Change is welcomed with open ears.

Haiku Review
Temples have matured
Into dark territory,
Where will they go next?

Listen to Temples on Spotify and Apple Music.