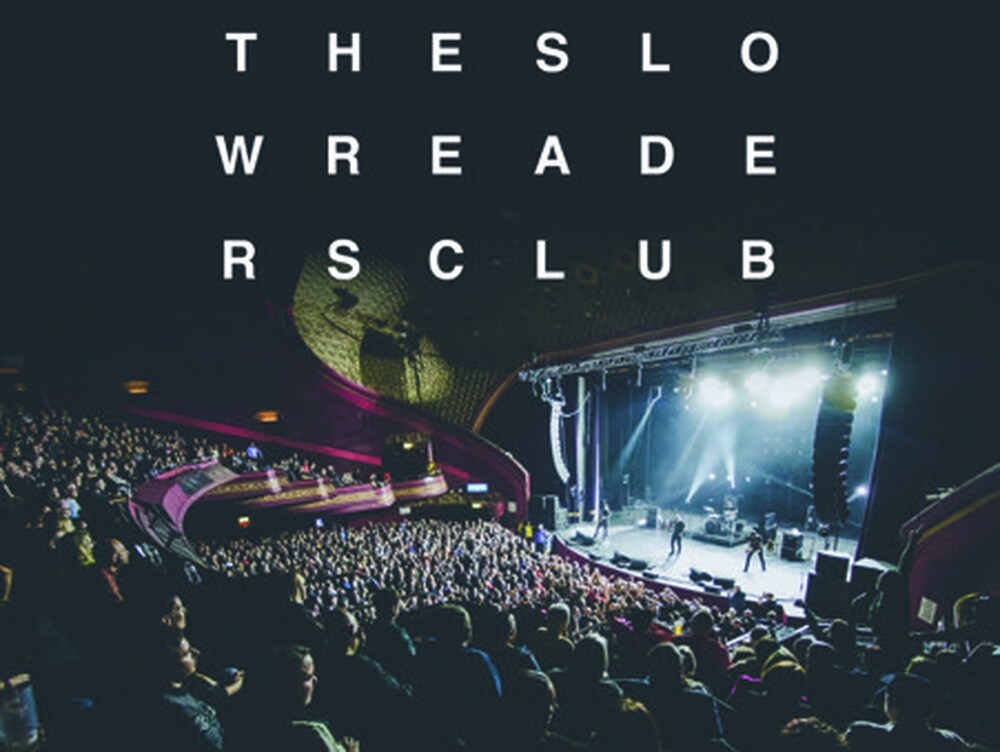 The Slow Readers Clubs’ most recent live release might have left me personally, a little more bias, since the 02 Apollo is a venue I grew up in (despite that continually slanted floor being in theory a great idea, it’s terrible for anybody with poor knees and a bad back a.k.a, yours truly).

The album is good, it really is – a decent mix of songs from their previous three albums, quality vocals and music to send a shiver down your spine. It’s a little pointless to sit here and review an album of already released songs but if you’re fan of the band, I will sit here and say it’s most certainly worth a listen.

But as a live album? There’s just something it’s kinda lacking. It’s the atmosphere – Manchester crowds are easily just something else, they’re one of the rowdiest, loudest and most interactive crowds that any band would be blessed to play too and with The Slow Readers Club being local, they certainly know that. Despite the lulls between songs, where there’s limited quips or speeches from the band (which okay, can be annoying sometimes) and the crowd can be heard cheering, during the actual music the crowd is almost completely drowned out.

Yes, I understand that despite it being a live album you do still want to hear the music – but at points it does just sound like a regular album with a bit of echo added onto the vocals, the same studio songs but just a little more poorly produced.

I don’t want just the end-of-song cheers and rhythmic clapping – I want the out of tune chants, and the splashes of the 02 Apollo’s overpriced spirits and dark fruits on their dreadful, slanted wooden floor, I want the full experience.

Haiku Review
The album is good
The atmosphere however,
Is just a bit shit.