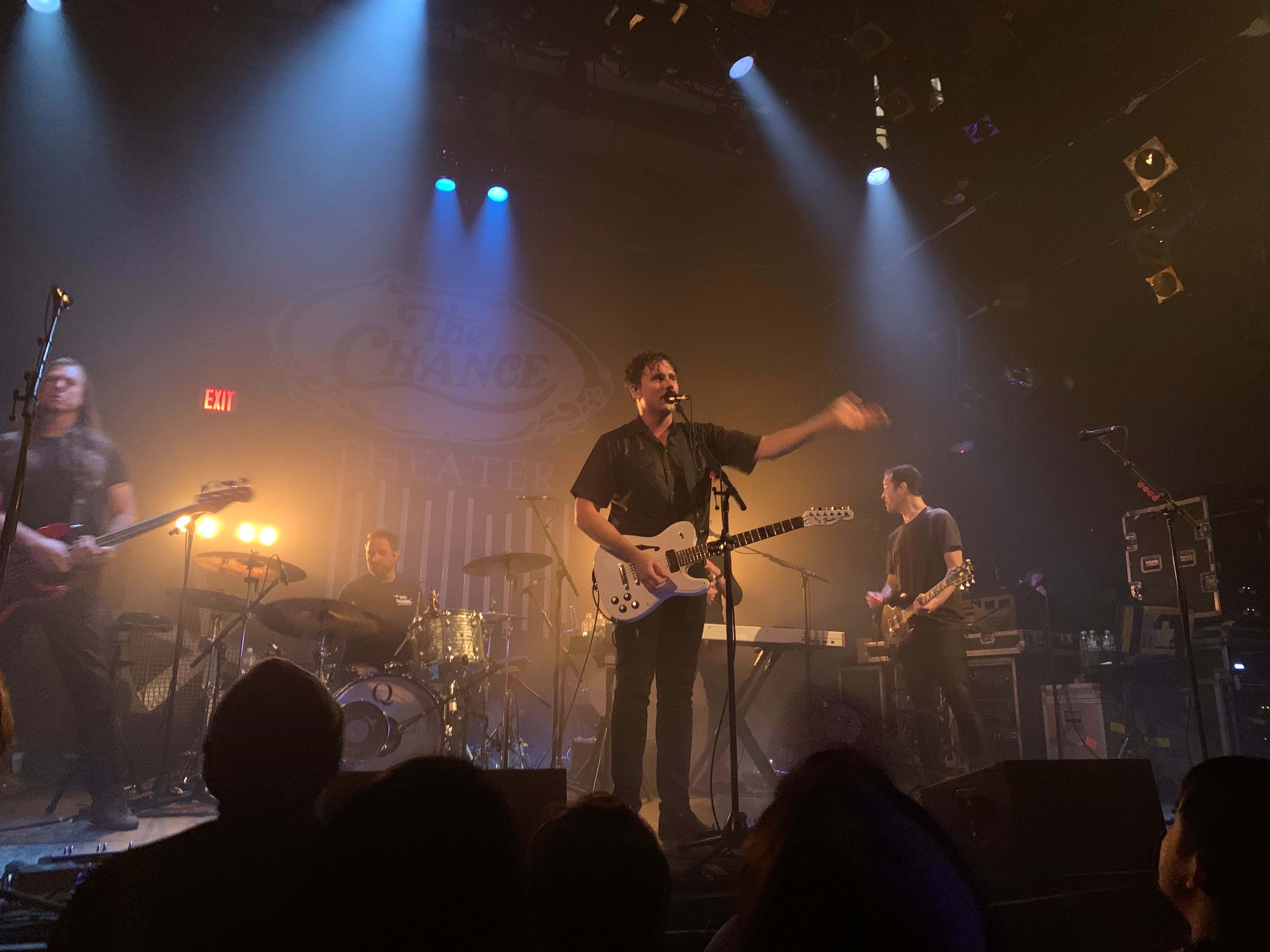 The fact that Jimmy Eat World took the stage Friday night in a theatre the size of The Chance in Poughkeepsie is a wonder in and of itself. Having spent a good part of the summer touring amphitheatres and having at least one song in their arsenal so popular it transcends time, it was an absolute delight to pack in like sardines and watch one of my favourite bands of all time up close and personal.

The band was having the time of their life ripping through tracks from their recent tenth studio album, titled Surviving, as well as their hits. They even began their “encore” – without ever leaving the stage – with a cover of Andrew WK’s ‘Party Hard’, something that made way more sense than it probably should have.

Songs like ‘Sweetness’ and ‘Pain’ were bombastic, with the crowd all but drowning out the band’s vocals. In moments like that at a gig, you’re at one with the crowded room of people, we were one unit standing together in awe of the power of music. The entire performance, in a nutshell, was breathtaking.

Right after the band finished a surprising cut from 1995(!), and vocalist Jim Adkins quipped the unexpected mantra of the night: “Ageing isn’t a choice, people. Acting like a crotchety old bastard IS a choice, but ageing isn’t.” We’re all going to get old, we’re all going to feel old, but that doesn’t mean we should dread it and not enjoy the fucking ride. Rock on, young saviour – don’t give up your hopes.