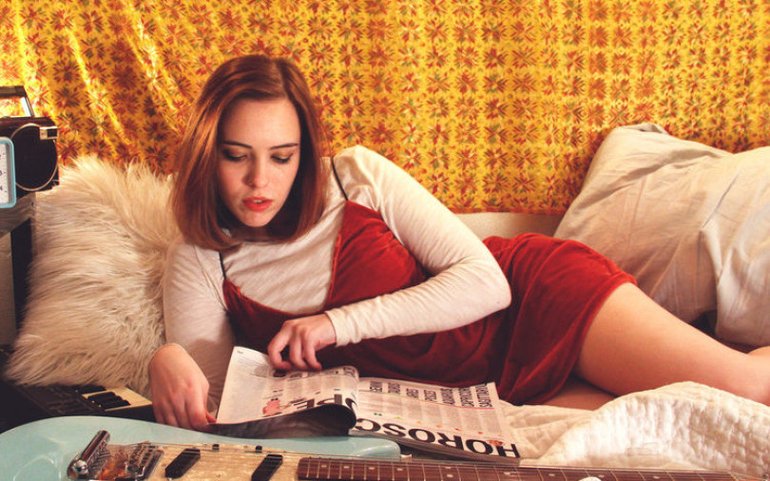 On the sixth (is it the sixth? how does this work?) day of Christmas, my true love gave to me…

TRACK OF THE WEEK:
Soccer Mommy – Feed
Part of the soundtrack for The Turning, ‘Feed’ sees Soccer Mommy get dark and downright haunting. It’s usually heartbreaking with her, but this one is proper creepy. Don’t listen to it on a cold winter’s night, that’s all I’m saying. But do listen to it at all other times, because it’s fab.

Amy Baker – That Christmas Gift
Amy’s already nailed that swinging style that sounds like Christmas, so this is just the holly on top of the figgy pudding. A toe-tapping, wine-sipping number for early enough on Christmas Eve to not yet be screaming along to Slade.

Do Nothing – LeBron James
So funky. The spoken word social commentary free-throws into a sick singing voice, one Do Nothing suddenly jumps into in the chorus. A three-pointer of a track.

FEET – Vegetarian Christmas
Feet use their typical sideways look on life to walk you through the Christmas build-up, and it’s a hell of a story. The weirdest Christmas song of all time. Feet don’t eat meat.

Hinds – Riding Solo
Cool, pretty cool… reminds me a little of M.I.A.? ‘Paper Planes’, anyone? No? Sorry. In any case, I can see this going off at a gig, swaying hands for miles, drunk girls living their best life. A vibe.

Ren Harvieu – Yes Please
God, this is beautiful; tempting and delicious, her vocals are honestly something to call in sick for. I could listen to Ren’s world for hours. Just don’t tell my boss.

Seafret – Love Won’t Let Me Leave
A boldly painful comeback, full of bluntly-uttered lyrics. It encompasses no less than their typical heartbreak-ridden goodness, only this time slightly moodier and more urgent. It’s aching, it’s wholesome, and it’s gonna be a whopper when they perform it live next year…

SOAK – Bloodbuzz Ohio
Covering a song that’s perfect in its original form is quite a bold move. SOAK does a decent enough job, but her sparse rendition doesn’t hold a candle to The National’s original. Certainly can’t fault her for trying though.

Thomas Headon – Clean Me Up
“My breath still smells like drink” is just one of many lines that, for whatever reason, make me cringe a bit. Despite that, the song’s got a pretty good hook. Unfortunately, not a lot of lasting power.

Tame Impala – Posthumous Forgiveness
A heartbreaking six-minute mix of The Weeknd and Tranquillity Base Hotel & Casino, in which Kevin Parker sings about all the things he wishes his dad could have been alive to hear about: the times he’s on the phone with Mick Jagger, the times he’s been at Abbey Road studios. Sad stuff.

Tuxedo ft. Cee Lo Green – Get The Money
With the return of CeeLo Green – announced in a Mr Worldwide-esque howl – this tune is set to be the second coming of ‘Get Lucky’ by Daft Punk. Its disco and twinkly beats just pump pure adrenaline into you, starting that shimmy build-up at your very core. Even though the weather’s miserable and the wait for Christmas is feeling too long to bare, this infectious track will get the money AND your spirits up.

Vistas – Teenage Blues
This one will resonate with the Circa Waves loving 16 year olds. Landfill indie but it’s not too bad: moshes will ensue.