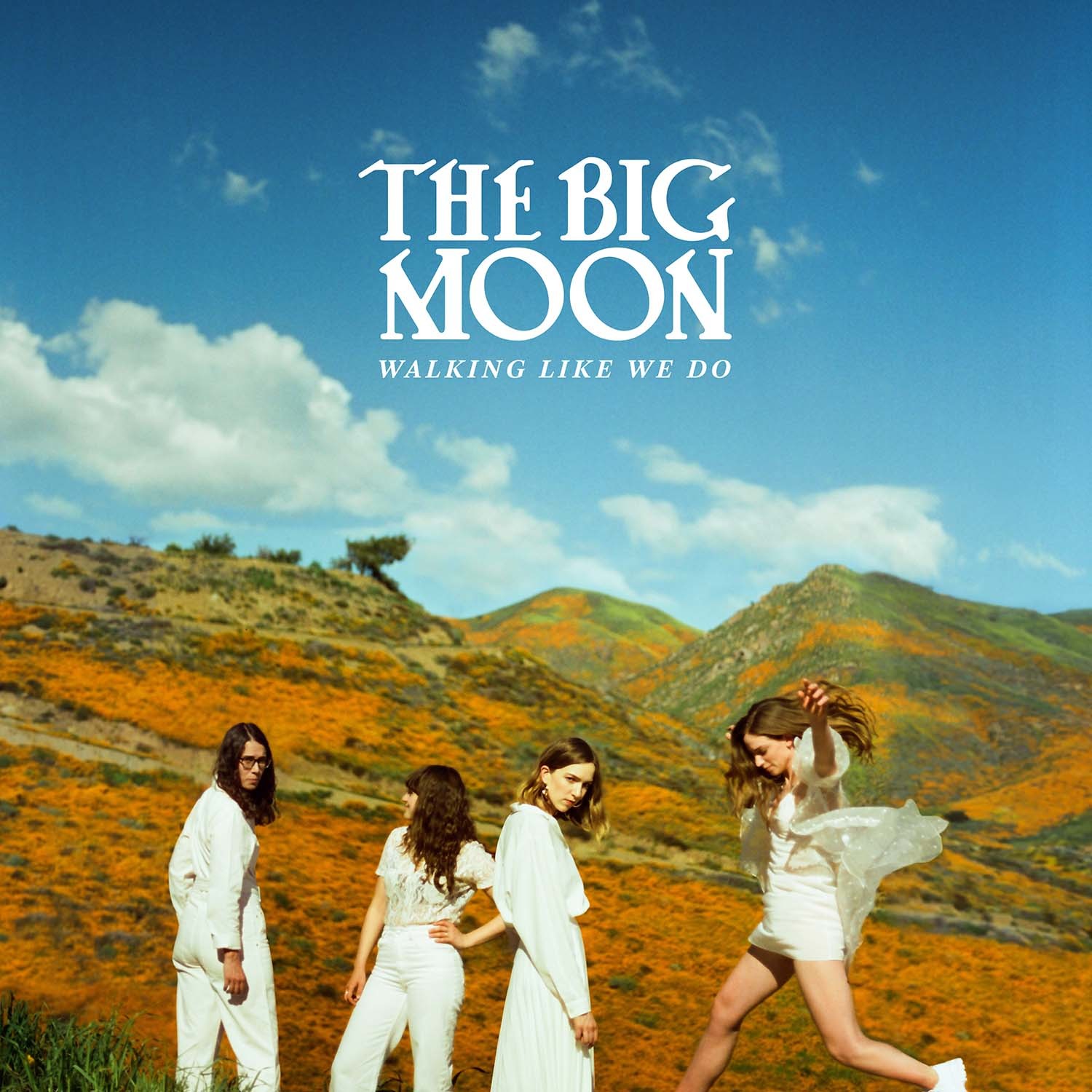 The Big Moon - Walking Like We Do
Reader Rating0 Votes

It’s sitting there, staring straight into my face: a walking metaphor. A metaphor about this band striding forward from their debut into new and improved territory. Walking along the catwalk with confidence, walking into the future with a pomp and a splendour. That metaphor, it’s sitting there, waiting for me to bite and to use it. And I will. I will bite, because it’s true.

Following a successful debut, The Big Moon have refused to stand still. Instead, they’re strutting forward and demonstrating a desire to shake things up before they go stale. The result, Walking Like We Do, is a well-produced, euphoric pop album that sees The Big Moon mature and grow as a band, and shows Juliette Jackson’s talent as a lyricist, as she begins to look outwards as well as inwards.

Their debut, Love In The Fourth Dimension, received well-deserved critical acclaim, including a Mercury Prize nomination. However, the instrumentation was simplistic, minimalistic and guitar-centric; the band knew something needed to change on their sophomore LP. Pushing the intricate melodies and grunge-inspired sound aside, Walking Like We Do sees the piano and keyboard take centre stage—alongside a side helping of flutes and trumpets—as The Big Moon move towards a pop sound, reminiscent of the 80s.

Most songs open with a twinkling of the ivories, whilst chirpy synth lines provide the hooks to lift the choruses. There’s a newfound versatility to the band, and a relentless positivity throughout. It’s well-balanced, though, there’s a good mix between the slower, ballad-like numbers and the shameless pop bops. Even the slow numbers have a summery, uplifting feel due to the synth though, whilst the handful of anthemic tracks are driven forward by whirring guitar riffs, ‘Don’t Think’—the album’s highlight—exemplifying this to a tee.

The relentless positivity turns the album into a bit of a jigsaw. As, despite the upbeat sounds, the lyrics, in contrast, are often a little more serious. There’s the usual offering of romantic tales and indulgent love songs, but Juliette Jackson also looks outwards into the world for inspiration: ‘It’s Easy Then’ discusses the growing anxiety across the planet today; ‘Your Light’ is about every generation thinking the world is going to end; ‘Dog Eat Dog’ was inspired by the Grenfell tragedy and the disgraceful reaction from the government; meanwhile ‘Holy Roller’ explores the phenomena of religion, Jackson creating her own in a matter of minutes. These songs are balanced out by more personal numbers, covering topics such as going through a quarter-life crisis, growing up, moving on and falling in love with strangers at festivals.

The vast array of themes covered alongside the sonic developments demonstrates Jackson’s quality as a songwriter and The Big Moon’s quality as a band. Walking Like We Do shows a new side to The Big Moon and only increases excitement for what they have in store in the future.

Listen to Walking Like We Do on Spotify and Apple Music. Like this? Grab our magazine, HERE.