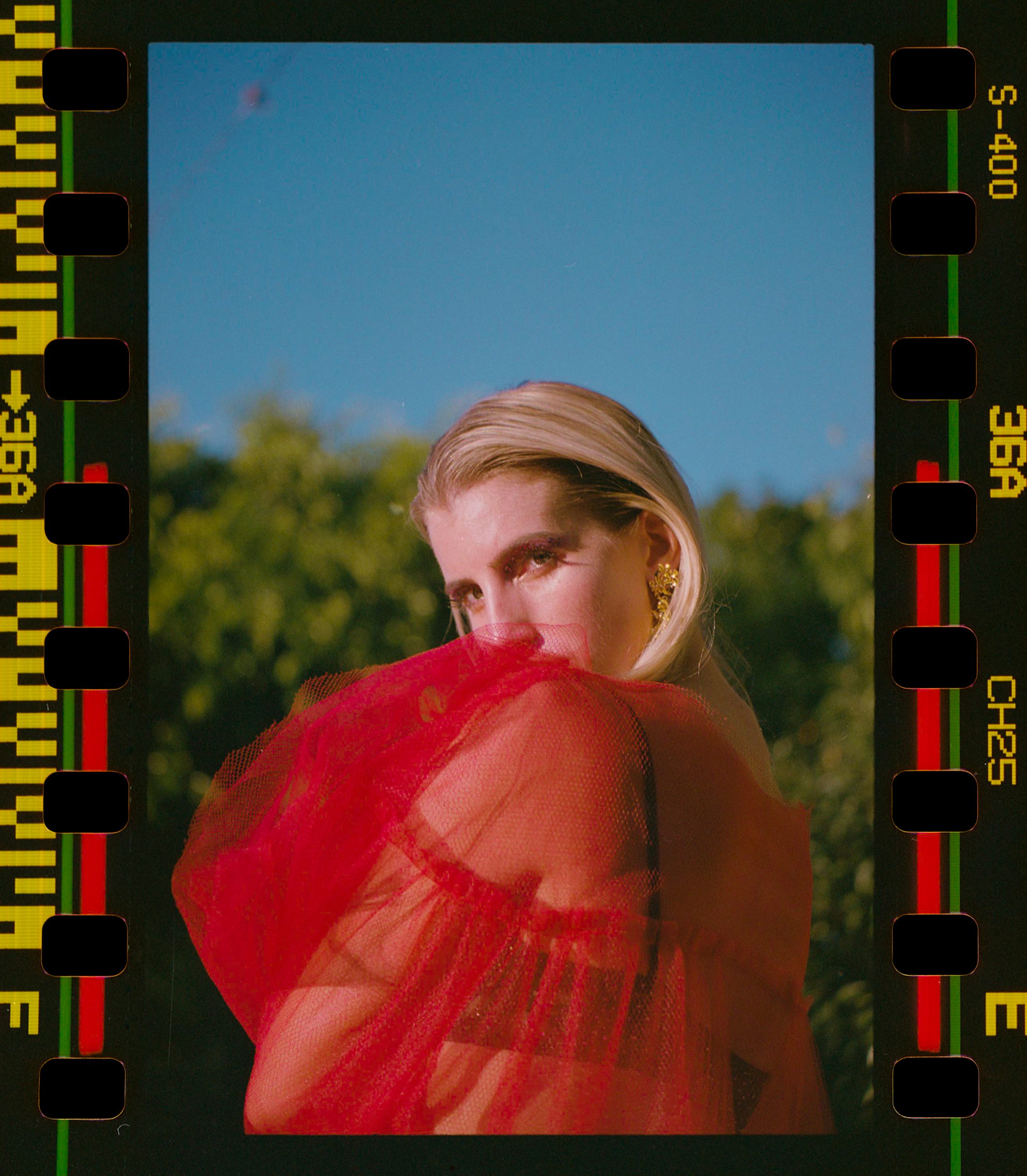 To say Ella M. isn’t a busy bee would be a lie. Since she was 10, she’s constantly been on her feet and travelling where music takes her. Moving to New York to study Opera. Travelling back to London at 20 to finish her studies in an artist development programme. This year, however, she’s finally settling down and living in that glorious LA sunshine.

As I phoned her, it was 7 pm for me on a cold Manchester night, but throughout our call, I could feel the brightness and warmth of her 11 am morning. LA is a place you always hear about with music, and Ella confirms all its rumours. Surrounded by other artists and influencers, she tells me that to be around so many kindred souls is such a creative experience.

“It’s just so freeing because you can have your own schedule and you can be your own person. I loved the art of New York, but the lifestyle here is unbeatable.”

For many of us, travelling alone is a nightmare. The fears of missing your family and friends, making a new life somewhere else, and worst of all, having to lug all your belongings about; it’s something we dread. But, travelling is second nature to Ella M. and a source of herself that finds its way into her music all the time.

Why do we have to fit into a type of template that this older rich man wants us to be in. Make your own template.

Although used to travelling, her latest R’n’B inspired single ‘Myself’ pours out her emotions of when she first moved to the West Coast, starting a new life all by herself. At first, she wrote the song for herself, a catharsis to escape feeling alone and her cravings to be around others.

“I didn’t think anyone else would hear it, but I wanted to show that having those feelings isn’t a weakness, but are a part of growing up,” she says. “It’s something I had to learn, and even now I’m still learning.”

Even though her latest single was released just this morning, Ella M. isn’t stopping there, aiming to release a constant stream of music in 2020. With singles coming out every month and in Spring we’ll be seeing her EP Yellow Blazer. In world that’s constantly moving, music is the one thing Ella has always had to fall back on, so wants the EP to showcase her journey.

I want my music to bring awareness to the cause and empower victims of sexual violence to reach out and get approriate help.”

With her latest single ‘Myself’ and her upcoming EP Yellow Blazer, Ella M. is going to be donating 20% of her revenue to RAINN, an anti-sexual violence organization.

RAINN is a strong cause in Ella’s heart, as she wants to speak out for those who may not feel they have a voice and wants to help others overcome feeling alone in the best way for them.

As well as empowering women to reach out, Ella M. aims to encourage other women in the industry and those afraid of reaching for their career goals. She tells me that only 27% of those in the industry are female, a number so low that even I was shocked.

In recent years, this low number has become very prominent in the festival scene, especially when TRNSMT boss Geoff Elliott said that having a 50/50 balance lineup will take many years to happen an in the meantime women should simply ‘start picking up guitars and forming bands,’ y’know because we don’t do that apparently.

“Why do we have to fit into a type of template that this older rich man wants us to be in. Make your own template. Guys don’t get told to pick up guitars and do that, it’s so frustrating.”

As she starts her decade with a single, its clear to see the next 10 years will hold great things for Ella M. As I said before, she’s never one to just sit down and relax, and she proves that in her wants to go on world tours and collaborate with different artists.

Listen to Myself by Ella M. on Spotify and Apple Music, and for more Rodeo, grab our latest mag HERE.

For more information on RAINN, check out their website HERE