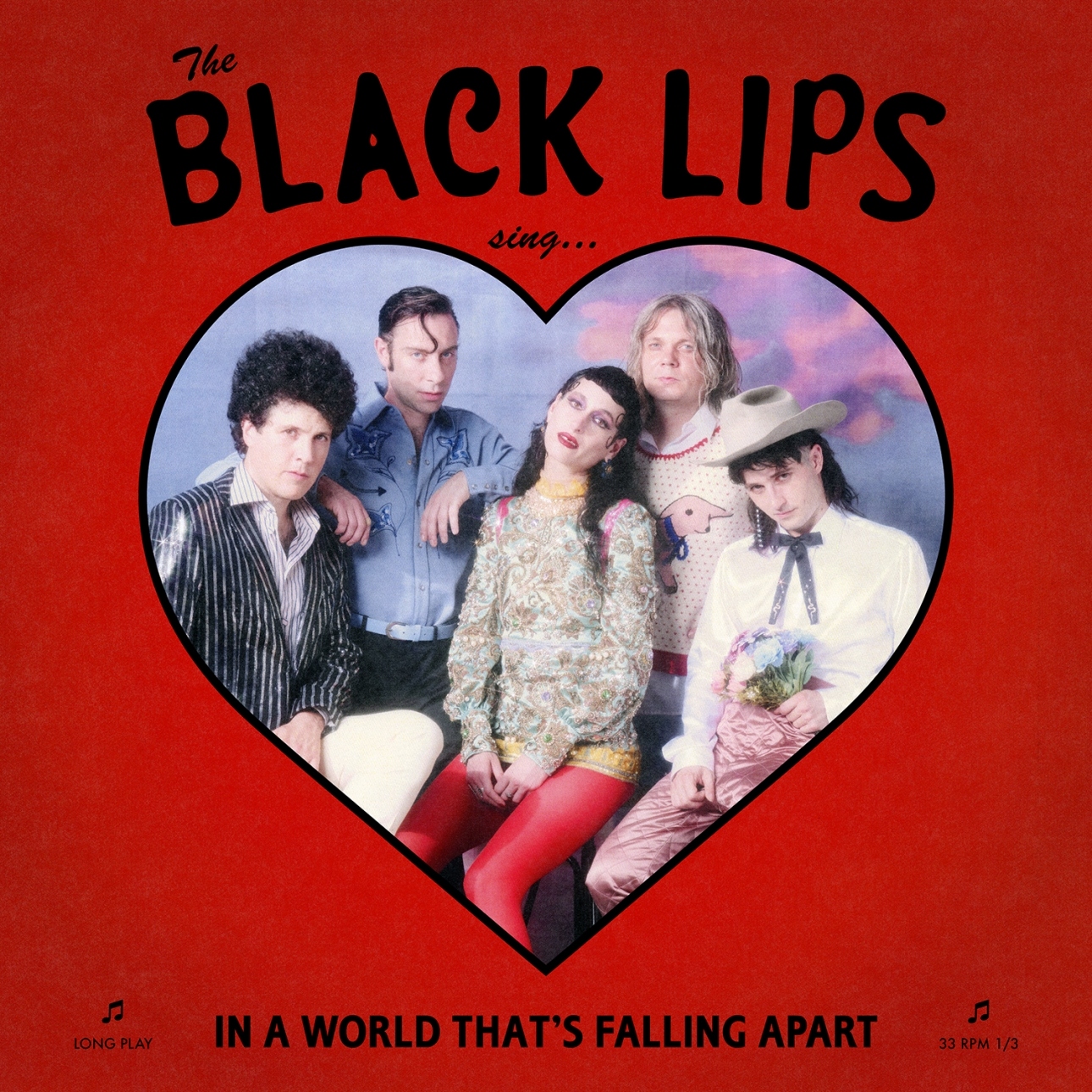 One thing that Black Lips are known for is giving no fucks. Whether they’ve donned the punk, or delved slightly into the psych side of garage, they’ve always done it in the way that is least expected.

The surprise this time around? Well, buckle up and giddyup, because Sing In A World That’s Falling Apart is full of hillbilly hotness – yeehaw!

The opening track ‘Hooker John’ – a playful allusion to John Hooker – basically sums up the album. It’s drenched in warm fuzzy country-rock instrumentals and features an unexplained belch mid-track from Cole Alexander – you know, for authenticity. In every respect, it’s an unexpected opener but nevertheless characteristic of the band’s no-fucks-given mien.

Despite a notable transition in their style, their tongue-in-cheek sense of humour is yet to fade; in fact, it’s more in-your-face than ever. ‘My mouth has grown cankerous from spitting dirty words‘, Alexander belts out in Gentleman. It’s the same style punchy-yet-charming one-liner that has come to define their lyrics thus far; the type which lends itself to that gritty garage glut.

While their garage-rocker roots are firmly in the foundations of the record, their Atlanta country influences have come through stronger than ever before.

Take ‘Chainsaw’ for example, with its steadily propelling pace and sharp guitar twangs. It’s got the charm of a barn-dance jamboree, complete with hay bales and floral embroidered shirts – and the sort of nasally vocal style of Bob Dylan in his Rootin’ tootin’ days. It’s topped off with a deep moonshine southern drawl: “Do you remember? It’s hard to forget.”

Nostalgia is a strange subject for a band like Black Lips. We’re sort of used to hearing anything unrelated to tenderness, so to hear this sweet little ode to a past relationship was refreshing.

Nostalgia carries across to the gritty ‘Rumbler’, a harmonica-driven hippie-talking song that takes you on a wild trip to the Deep South. The song is a homage to an old G.I. Joe action figure and the naive young kid who stuck it through the mud and bushes.

When you’re all too wrapped up in picturing yourself at a motel in Nashville, waiting for your buffalo wings and blue cheese sauce, it’s easy to forget that this nostalgia leads to melancholiness on Sing In A World Falling Apart. The record is a set of goodbyes and farewells; to the past, the present and what could’ve been. Though everything it seems is falling apart, Black Lips are taking a moment to tip their hats.

Haiku Review
Say no to leather
and yes to a cowboy hat;
Country garage time

Listen to The Black Lips on Spotify and Apple Music. Get our latest print magazine HERE.