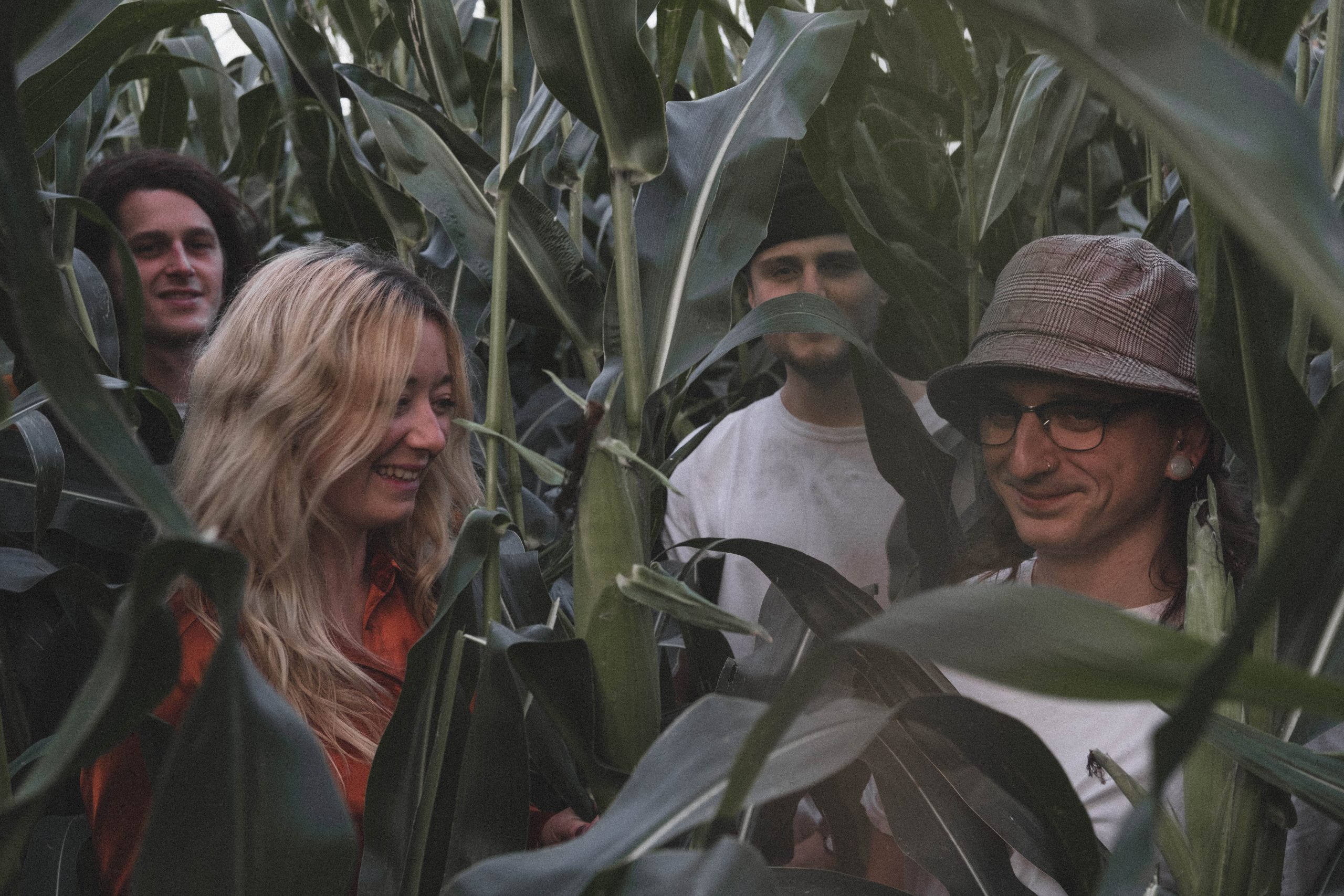 Meet HANYA, the new four-piece with a dreamy, ’70s sound

HANYA are new on the scene. Very new: two songs kinda new. I found them on Soundcloud, whilst I was procrastinating from tedious household jobs.

Hailing from Brighton, the four-piece layer hazy guitar with effortlessly dreamy vocals, creating a sound that somehow manages to be clean and wispy all at once. They’re preparing to release their debut EP this month, set for release on the 19th, alongside some exciting live show announcements. Their latest single, ‘I’ll Do It Tomorrow’ will be part of that project. And, coincidentally, it’s about procrastination.

“It’s advice to an old friend to start doing the things you want to do, and not waiting anymore. I’m a sucker for procrastination,” singer Heather Sherrett informs me. “I end up tidying my flat for hours before I can focus on what I’m actually trying to do. It’s a surprise all our songs aren’t about cleaning the grouting in the shower!”

I’m yet to hear a song about grouting in the shower, but it’s a task that screams peak procrastination – you must really not want to do something if you end up scrubbing tiles to pass the time. But despite procrastination seeming like a nuisance, Heather chooses to see the positives.

“I think it’s okay to procrastinate, there’s a healthy level to it. The same with not taking advice: just listen to yourself! I’m certainly no guru on the subject, but as long as people are comfortable with what they’re doing and not hurting others, I’m cool!”

The song isn’t just about distractions, it’s also about advice – that, and how, as humans, we’re pretty shite at taking it.

“My Mum’s been telling me the best advice forever, but like any other young person I’ve not listened for 80% of my life. It took me a long time to realise that parents are, unfortunately, pretty fucking wise. But I’m listening now, Mum, I promise!”

The artwork for ‘I’ll Do It Tomorrow’ is beautiful; the mirrored landscape generates feelings of calmness and relaxation, much like the song does.

“I took that photo somewhere in New Zealand, I think driving to Milford Sound. The artwork is for our upcoming EP, Sea Shoes. We had so many initial ideas, I was going a bit mad, but this felt like the right fit with the ’70s western feel to it, and the dreamy clouds. Looking back it makes much more sense than I realised when making it.

“I made a thousand versions of potential artwork, including all sorts of crazy ideas before we got to the photo. I’d like to think you get a taste of our musical style from it.”

The new track stinks of that vintage coat you bought from the charity shop: it’s cool, calm and collected, HANYA don’t break sweat. It has a swagger similar to the classic sounds of Mazzy Star and The Cranberries, which Sherrett takes a massive compliment – then again, who wouldn’t?

“Oh hey, I like the sound of that! I find influences really hard to pinpoint. We write music in a way that’s almost accidental. I do certainly love Mazzy Star though, and The Cranberries ‘Linger’ was one of the first songs I learnt on guitar, so maybe you’ve got a point!”

The band doesn’t try to sound like the music they listen to, their music comes from their creativity. They don’t aim to sound like any one band and certainly aren’t interested in belonging to a genre. The members have vastly different tastes anyway, so, as Sherrett explains, agreeing on a sound would prove pretty difficult.

“All our music tastes are really varied, so I’m not sure we [sound like other artists] consciously. Sometimes I might listen back to a phone recording and think, ‘This sounds like such and such…’ but that never really lasts. I usually wait for other people to tell us what we sound like.”

It’s a carefree answer that correlates to the band’s carefree sound. They’re relaxed about everything – they’re just making music, no biggie. Even when asked to sell themselves, and to reveal what makes them stand out, the answer is fairly nonchalant:

“That’s a tricky question. We’re hot young twenty-somethings with some killer riffs? Ha, no… In all honesty, listen to what you like, that’s cool, but support your local artists and venues. That’s important.”

Listen to HANYA on Spotify or Apple, and relax into their dreamy aura.