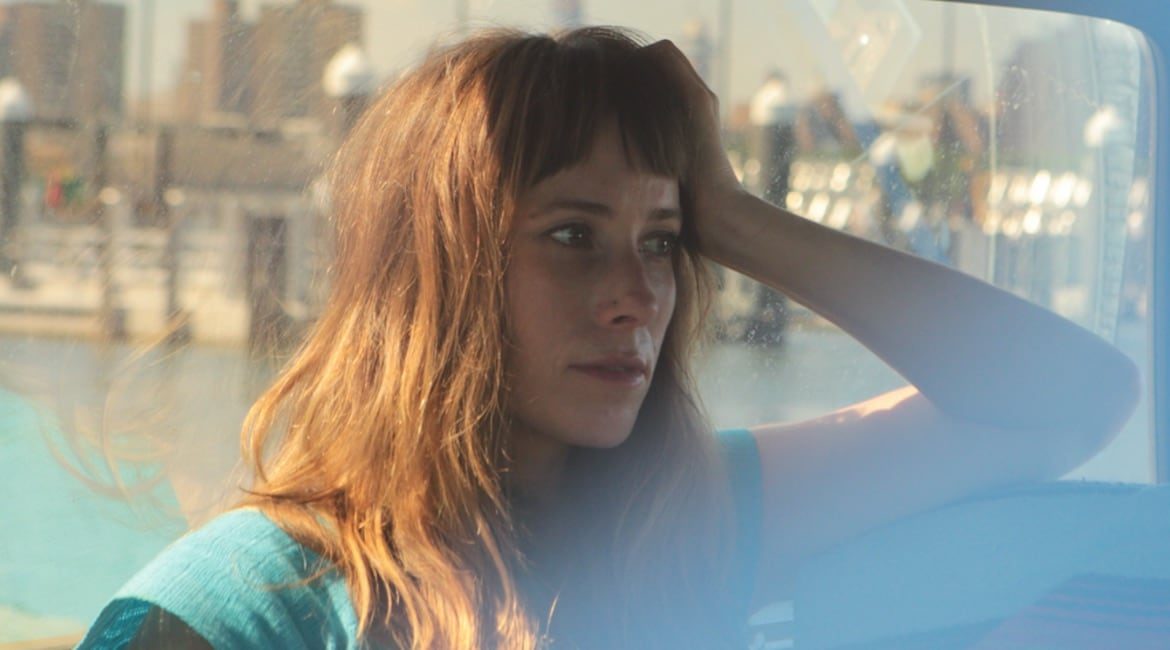 Brooklyn tends to be home to NYC’s best kept secrets. And alt-folk outfit Swimming Bell is certainly no exception.

The band’s architect, Katie Schottland, has been living in Brooklyn for almost a decade now, which is the longest she’s settled anywhere since she was 16 years old. Coinciding with that move came the urge to learn guitar, and so she decided to take matters into her own hands and teach herself to play.

“The first songs I learned to play were by Neil Young and My Morning Jacket. I printed out chord sheets, and since I knew the melodies of the songs I was trying to learn, it helped to hear how the chords fit underneath.”

I try to tell little details, along with general thoughts or feelings, and the listener can fill in the rest.

Originally from another major US city – Philadelphia, PA – Schottland has also lived in many places across the globe, including Spain, Costa Rica, and New England, and is currently plotting a move out to LA next year to soak up some better weather. This nomadic tendency provides an informed, unique perspective of a diverse world which makes her ambient-Americana songs seem all the more insightful. In reality though, the locations themselves have very little to do with that, Schottland tells me:

“I feel like I’m always being influenced by the people around me, not necessarily the places.”

New York City is a notorious melting pot. It’s a ‘concrete jungle where dreams are made of’ according to Alicia Keys, and yeah, easy for her to say, but that empire state of mind began long before that song was written. There’s a reason the city is a hub for artists of all backgrounds and artforms.

The Brooklyn subset of NYC tends to get mocked for its stereotypical ‘hipster’ culture and overall gentrification. But really, it’s just the artsy stepchild to the tourist trap of Manhattan. You want to see your favorite major label band? Chances are you’ll find yourself near Times Square. You want to discover an up-and-comer from the underbelly of it all? Head to Brooklyn. It’s not nearly as revered or successful as Nashville from a musician’s standpoint, however, there’s probably just as much to enjoy depending on what you’re into. Blessing and a curse, naturally.

“The best thing about being an artist in Brooklyn,” Schottland says, “is being surrounded by such great musicians.  It’s definitely a funny city when it comes to people taking interest in you, or not, but I’ve found that, for the most part, other bands that I’ve shared bills with have always been so warm and encouraging.”

When the time came to record Swimming Bell’s first full-length LP – 2019’s Wild Sight – the process ended up rather reflective of Schottland’s wandering nature, whilst still remaining cemented in the city she currently calls home.

“We started recording in Leeds, UK,” Schottland recalls. “My friend Oli Deakin, who co-produces and engineers, is British so we decided to track drums up near where his brother lives.  After [that], we spent about a week at his flat in London building up the songs.  From that point on, we tracked in a couple different places around NYC – the Sonic Youth studio in Hoboken, my apartment, etc. – whatever we needed, we found the space.”

The songs on Wild Sight meander gently through ethereal, often minimalistic soundscapes that harken to dusty trails of rural America. At the forefront of it all are Schottland’s effortlessly refined vocals, a perfect fit for the stories they tell.

“Everything I write is inspired by some experience I’ve had,” Schottland explains. “Sometimes it’s a simple observation, or a memory.  Other times, I sing gibberish and there might be something there, which I guess is my subconscious telling me a story. I really love a simple yet specific image or metaphor, without being hit over the head with it.  I try to tell little details, along with general thoughts or feelings, and the listener can fill in the rest.”

Opener and standout track ‘Good Time, Man’ tells of an impromptu road trip Schottland took with a friend through Yosemite National Park. They picked a small blue dot on the map and drove there without a clue of what they would come upon. What greeted them was a scene of “beautiful hot springs tucked away under a canopy of redwoods.” Then there’s ‘Quietly Calling’, a beautifully intimate song about the aches and pains of unrequited love.

I made the record before I really knew how to [perform] the songs. I guess I work backwards.

“That is probably my most personal song on the record,” Schottland admits. “[It’s] about being in love with someone who just doesn’t see you in the same light.  You know they love you as a friend, but everything in their life seems fulfilled, their relationship solid, and you don’t want to disrupt your friendship, or their life, by expressing your true feelings.  The song is about how painful that can be, to be on the sideline, and still putting on a smile, cheering for them as a friend.”

Her ability to invoke such strong emotions is all the more impressive when you learn that Schottland didn’t study music in the least – she writes everything by ear. The songs take on a whole new light on stage, where her backing band and array of effects pedals help to create a more expansive, sometimes experimental sound. It’s easy to get lost in it all from the audience, with looping vocals and ambient guitars often filling the room.

“I think that is simply development and wanting to push myself and have some fun playing the songs,” Schottland says. “When I wrote most of the songs on Wild Sight, I was still learning and developing my sound.  I made the record before I really knew how to [perform] the songs. I guess I work backwards. I think I have more fun playing a live show a bit more up-tempo and experimental, and think I’ve grown musically since writing a lot of those songs too.  It’s also fun when you put a band together and they bring their own element and energy to the songs!”

Schottland is currently working on the follow up to Wild Sight, a record you’ve probably never heard and most definitely should. Especially if you need a calming presence in your life, which, I think we can all agree is a necessity most days.

Listen to Swimming Bell on Spotify and Apple Music, for that much needed chill.