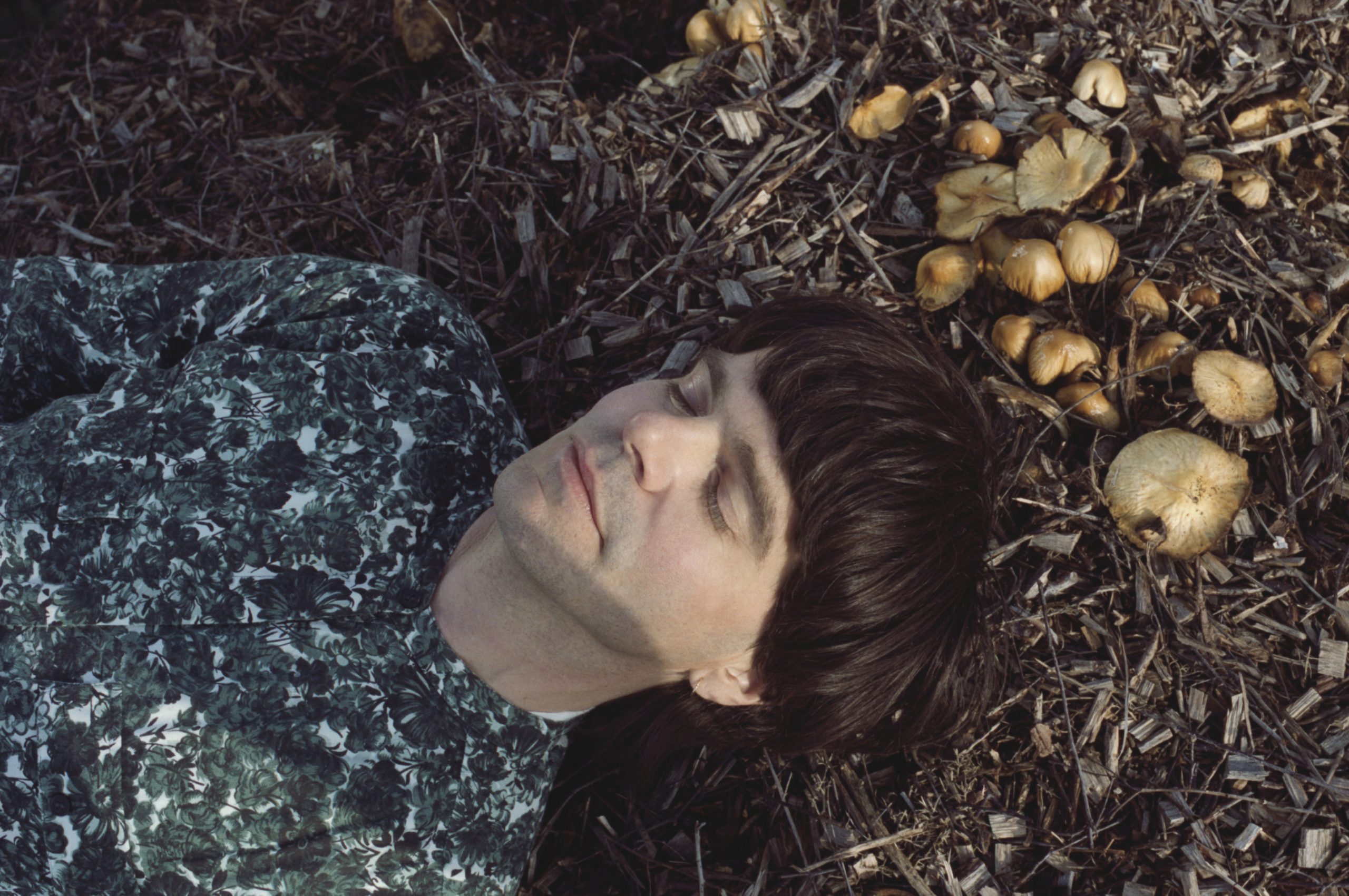 Tim Burgess on bringing us ‘together, apart’

A comedic ‘urgh’ comes down the phone as I ask Tim Burgess how he’s getting on home-schooling his son, Morgan. “The little boy’s mum’s doing most of it, but he knows how to hold a microphone now,” Tim laughs.

The Charlatans’ frontman is locked up like the rest of us at the moment. He’s stowed away in his rural Norfolk home, flicking through his vinyl collection, trimming his fringe and making the most of surplus time. Our ‘new normal’ is a far cry from the addled and hectic Brit Pop era, but Tim seems to be relishing in it.

He’s fighting off the isolation melancholy by hosting listening parties under the slogan ‘together, apart’. Put simply, Tim picks an album, a date and a time, and people join in and listen along from their respective homes. Together, apart, get it?

Tim regularly enlists the artist’s to join in, and alongside the occasional calls to dance they reveal intimate details about the recording processes. So far, everyone from Oasis’ Bonehead to comedian John Shuttleworth has chipped in, sharing old negatives, yesteryear’s tour itineraries and dusty old synths they’ve found in their understairs cupboard. Recently, Stephen Morris, the drummer of Joy Division and New Order, mucked-in for a special spin of Power, Corruption and Lies, one of Tim’s favourite records.

“It was unbelievable the amount of effort he put into it!

These sorts of spontaneous moments happen most nights as people come together to share something positive about the music they love.

“It’s hard to describe it afterwards but it’s like a gig,” Tim explains. “There’s preparation, time on stage and then the post-gig come down.”

There’s also a feel-good crowd mentality, as individuals retweet, like and comment on each other’s social media posts. But, one of the more interesting things to come out of Tim’s listening parties is that people are engaging with the music in a unique and novel way.

“Half the time, when you’re faced with a track on any record it’s just there, it’s quite cold and there’s no conversation. Whereas [with the listening parties], there is a conversation. People are saying ‘we were trying to do this, this and this,’ and you think ‘okay, well that’s just allowed me in now and opened the door. I can hear it, and I get it now.’

“There’s been a few [albums] that I’ve never heard before, but I was quite open to that. I got to sit down and listen to them for the first time with somebody talking about it. There’s an argument to say that you shouldn’t need that, it’s a record and it should just be valued on that merit, but I say give everyone the opportunity to get into a record at whatever cost.”

People seldom listen to an album front-to-back nowadays, instead opting to press shuffle or an algorithm-tailored playlist. Yet, during Tim’s internet get-togethers artists and fans alike return to old favourites and discover new-found classics.

“Since the first week, pretty much everyone has said that they haven’t listened to an album in its entirety in ages. And then, I think they twigged that maybe they’ve been missing out,” Tim laughs.

“It’s when the fillers, or the supposed fillers, come back to remind you that they’re amazing. I feel that with a lot of the records.”

Though the listening parties follow a fairly straightforward mantra, they achieve something powerful. By revealing candid information, or simply multiplying the number of listeners, they give people a fresh perspective on a piece of music. Similarly, they help you appreciate all those nooks and crannies that really make a record. The bass lines, the killer one-liners, all those little parts that can get lost in the bigger picture.

As you can imagine, hosting a listening party is not quite as simple as just pressing play and pinging out a few tweets every now and again. And, Tim’s quick to explain just how much is involved behind the scenes.

“[On the day] what I do is I listen to the album and write a few notes or sentences about each song. Then [as the party goes on] I might go ‘Oh my god I love this bit!’ and just type that. Or, I’ll go ‘great bassline’ and someone will say ‘that was ten seconds ago!’” he laughs.

“A lot of the time is scheduling now though. I’m writing to people, or people are asking me if they can do it, and I have to ask them what day they want and so on. That was something I didn’t expect to be so time-consuming.”

It’s odd hearing the frontman of a Britpop band talking about emailing people – they’re usually spouting insults at their siblings. But, it just goes to show how much of the phenomenal success of the listening parties is down to Tim himself promoting, organising and running them. And, after three decades in the business, there’s few better suited than Tim.

“I think it’s important to know as much as you can,” he says, before turning anecdotal for a minute.

“There’s someone from Manchester called Bruce Mitchell, Tony Wilson used to call him ‘Mr. Manchester’ and he bought a big part of Factory Records. He said to me once: ‘Tim, you’ve got to know every aspect of the music industry.’

“So, I’ve been the singer of the band, I’ve roadied for bands, I’ve done mics for bands, I’ve DJed and I’ve put other people’s records out – I know the ups and downs of a good spreadsheet,” he laughs.

What Tim’s achieved in such a short space of time requires a healthy amount of dedication and industry know-how. What started, as just Tim has grown into a small team who work tirelessly to keep the internet get-togethers rolling.

“There’s two people who I’ve never met, and who’ve never met each other, who are doing all this tech that is really flipping brilliant,” Tim says.

“They created a website within three days of us doing a listening party! And now, they’re doing it so that you can repeat it and watch it in realtime – that is insane! I’ve never met these people and they’re working until one o’clock in the morning on software or something – I don’t even know what they’re doing but they’re just doing it. There’s no wages, they’re just doing it!”

With the help of two complete strangers, Tim’s nightly congregations regularly trend worldwide and each night he tweets: ‘Where are you listening in the world right now?’. Without fail, every night, people from further and further afield pop up to say ‘hello’. Tim’s making a map of everyone who’s joined in so far: previous listeners include people from New York, Japan, and even Antarctica.

The listening parties have become an incredibly positive thing during a dull and depressing time for most. Nevertheless, despite its success in bringing people ‘together, apart’, Tim’s staying his usual humble self: “I feel like I reached my rewards when I was on the phone to Ian Astbury about doing another Cult album,” he says proudly.

In little under two weeks time, Tim will be hosting a listening party for his own new record, titled I Love The New Sky. The record marks a shift in Tim’s writing, moving away from his previous, more collaborative style processes towards a truly solo one.

“In some ways, I wanted to show people what I can do and it felt like the right time,” he explains.

“Obviously, working with The Charlatans we are a band and whether it’s a collaboration or not we all input into the songs. [But,] I just really wanted to write the songs here,” Tim says, referring to his Norfolk home. “I obviously knew I could do it, I’ve written songs by myself for years, but nobody really knows what I’ve done. Now everyone knows what I can do.”

In a state confinement similar to the isolation we now find ourselves in, Tim wrote the record on his tod, penning each song on his acoustic guitar. The end result is a snapshot of a year in Tim’s life, covering openly love, loss, arguments, Andy Warhol and – of all things – shopping.

“If someone said what do you want your album to be, I’d say I want it to be everything. I wanted to include New York, LA, my life… everything.

“Before, I’ve had to do solo records in-between doing Charlatans records. But with this one, I’ve put aside the time to make a year’s worth of work. I wanted some songs to be simple: a song like ‘Warhol Me’ is a basic three chords, you know it’s the Velvets, it’s New York and it’s bubblegum pop. Then there’s some songs like ‘Comme D’Habitude’ and ‘The Mall’ that I wanted to be more elaborate.”

Throughout I Love The New Sky, Tim’s writing constantly itches to shed its skin and start anew. And, amongst the many facets of Tim’s life sprawled across the record, it’s clear that his humour has managed to creep its way in.

“It’s fucking funny,” Tim says, laughing down the phone. “I think there’s some good jokes in there. There’s some helium balloon elements, some Frank Zappa screechy voices, I’ve really tried to throw everything in.”

With a few laughs in the bag, Tim’s new record recreates his fun side, the same side you’ll see every night on his Twitter feed. If you haven’t followed one of Tim’s Twitter listening parties yet, you should. They’re a brilliant way to escape your four walls right now and there’s room for everybody to get involved. So, “get an album, get some people and get a computer.” Not my words, but Tim’s.

Enjoy that? Why not pick up a copy of our print magazine available HERE. Support your independent!