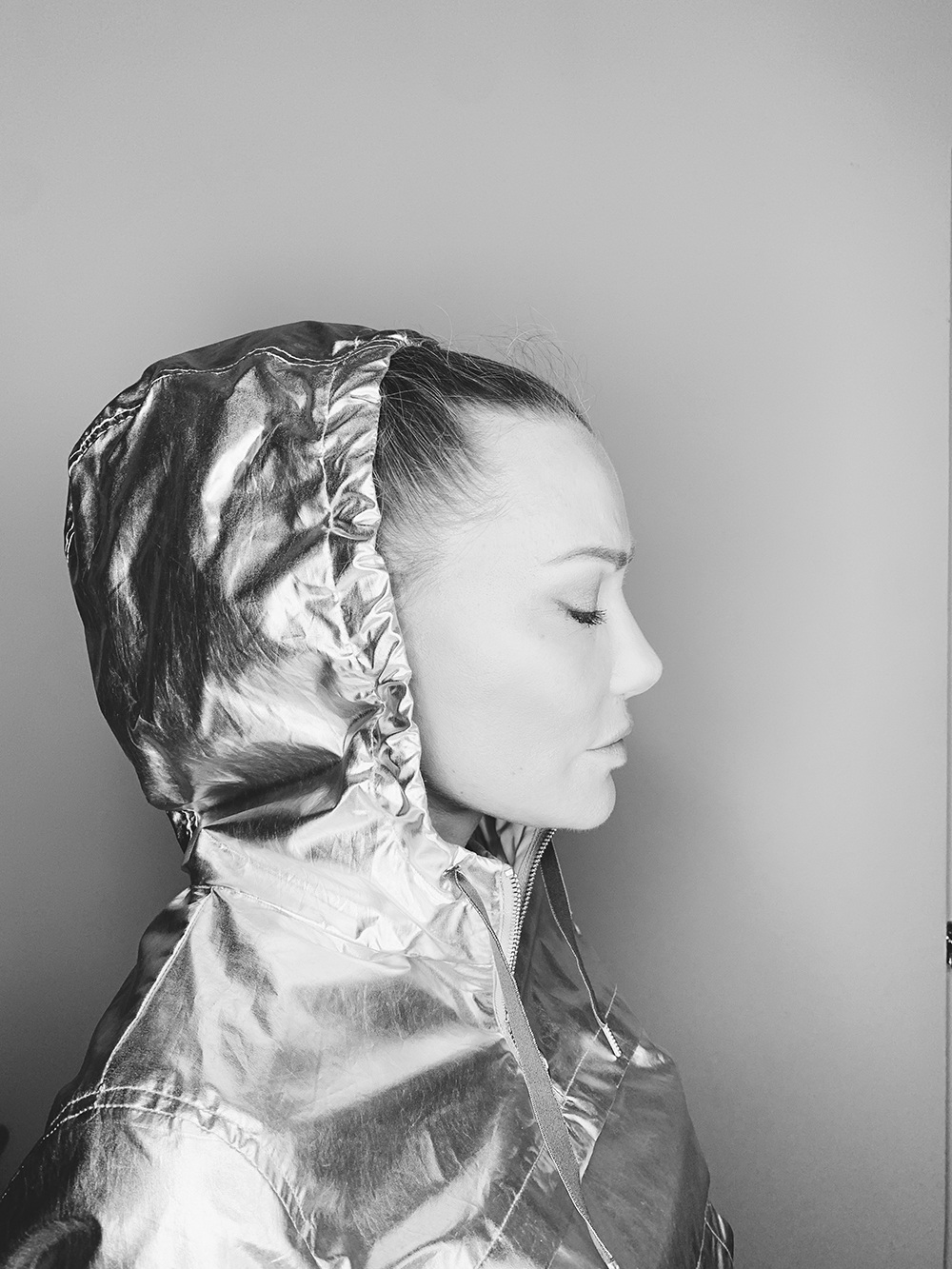 After releasing her new hit single ‘Suga’ Whigfield talked to us about her perfect ‘Saturday Night’, lockdown and more.

Few songs capture a zeitgeist. ‘The Times They Are A-Changin’’, ‘Born In The USA’… Busted’s ‘Year 3000’. But, every now and again a needle in the haystack meteorically rises above all else, breaking through mainstream culture and capturing the entire world’s milieu. 1992’s ‘Saturday Night’, by Danish dance-pop duo Whigfield, was one such song.

As a prefect pre-drinks track, ‘Saturday Night’ is up there for me. I remember first hearing it on one of those compilation CDs you get as a kid; Pop Party!, Now That’s What I Call Music, Ministry Of Sound Anthems… You know the ones.

I played the track religiously on my first ever CD player – a glorious and magical lump of plastic my grandma got me for Christmas. I remember looking at the brightly-coloured disc spinning through the semi-clear-blue lid. I remember the ‘popping’ sound when you pressed play on the cheap shiny silver buttons and the scraping sound of the disc spinning, just fitting the snug-fit ring in the middle of the platter. Magic.

I remember skipping the boring tracks – never had much time for Westlife and Take That – until I reached Whigfield’s seminal bop. The quacking sound of the intro welcoming you back like a warm dog lick to the face. Isn’t it odd how your first memories of music still ring true? Somethings never leave you…

Whigfield was fronted by Sannie Charlotte Carlson. I got the chance to speak to Sannie and looking back 28 years, she still seemed in shock at how successful the band’s breakthrough eventually became: “It was madness, great fun and a lot of sacrifice. But I sometimes wish that I would’ve enjoyed the ride a little more.”

Released in ’94, ‘Saturday Night’ followed the template of a classic night out. Regrettable dancing, drinking, drama, smiles and sloshed fun. The iconic music video included Sannie singing and jumping and getting ready in the mirror. It was pure pop fun. No seriousness – just enjoyment.

Perhaps ironically, at the time nothing could have prepared Sannie for what ‘Saturday Night’ would achieve. Days after it’s UK release, the song put Whigfield in the Guinness World Record Books as the first ever debut single to reach number 1 in UK chart history. To date the song’s sold over 2.5 million copies.

I really love being back doing what I love the most.

As I caught up with Sannie, this success seemed to represent a stepping stone in her life. As a means to an end, ‘Saturday Night’ was the ‘way in’ or ‘the door’ to the rest of her career – something she’s been forever grateful for.

“I’ve always been grateful for the opportunities the success [of ‘Saturday night’] has given me. It allowed me to try out different things in the industry, like producing and writing for other artists.”

After ‘Saturday Night’ became a hit, Sannie could have sat on her royalties, become complacent with living the rest of her life comfortably, without hassle from media journalists like me. But no. She did the exact opposite.

Sannie’s used her platform to jump from one artistic endeavour to another. She’s modelled, She’s produced, written music, collaborated with artists and continued to create new music ever since her hit.

Still regularly playing sold out crowds of nostalgic and new fans, Sannie has since seen how much that song meant and still means to people. And in turn, she’s learnt how much that song has meant to her. What is has allowed her to achieve, and how it continues to give her and her fans joy.

“It’s so amazing to see the happiness one song can bring,” she says. “At a concert nowadays there’s even 2 different generations coming to my gigs.”

I’ve always been grateful for the opportunities the success of ‘Saturday night’ has given me.

Realising I’d probably only every have one chance in my life to ask, I wondered what Sannie’s perfect Saturday actually looks like. Is it that night on the town? Maybe a bit of a whine and dine? Or, is it something more tame, like doing a jigsaw or watching Bob Ross?

Turns out, it’s both: “My perfect Saturday Night is being on stage, or in bed watching something on Netflix,” Sannie laughs.

Unfortunately, the Coronavirus pandemic has put an end to Sannie’s stage time for now. She’s held up in her Milan home, finding novel ways to spend her days in doors, sharing snaps of her latest cooking triumphs and her pet dog: “Haha! People must think I’m this perfect little housewife – ah… So far from the truth [but,] I’ve been trying my best to fill up the days.”

“At first, I thought Lockdown was going to be a nightmare. But as the days went by, I’ve found myself doing all the things I normally put off because they’re basically too boring to do. So far, I’ve managed to clean up and organise every space in my house.”

Alongside sorting out her cupboards, Sannie has released her first single for 8 years. ‘Suga’ is a playful and sultry big-beat tune that’s seen Whigfield return to number 1 – in the UK Club charts, that is – for the first time in over 25 years.

“I really love being back doing what I love the most,” she tells me, keen to talk about who she’s changed since her breakthrough. “In the early 90’s I had different people writing for me, but since then, and for quite a few years now, I’ve been doing most of the writing myself. I tend to write more personally, apart from ‘Suga’ which is a little silly.”

As a return hit, ‘Suga’ is a far cry from Whigfield’s early hit: it’s less innocent, playful dancing in the mirror, and more red rouge lips, ooh la la and so on – if you know what I mean.

‘Suga’ is confident, it’s powerful and it comes out of a tonal shift that Sannie actually puts down to ditching the band’s moniker of ‘Whigfield’ – a reference to her high school music teacher.

“I’ve been releasing house music under my birth name ‘Sannie’ [since 2016]. I was lucky to get signed with Armada Music a few years back, and I just started doing a bit of different music than my usual ‘sound’.”

Get more sleep and take better care of yourself.

“[Then, when I started writing again], I was living in London and to me London means music. It’s such an inspiring city with so many talents. I began working with 2 amazing producers, Gigi Canu, from the Italian band Planet Funk (Chase The Sun), and Sonny Reeves, a Scottish bloke with loads of talent. We all just clicked and had such a fun time working together.”

Releasing under the name ‘Sannie’ allowed Sannie Carlson to basically start from scratch. Sannie using her own name, ironically, meant she became anonymous. A challenge that pushed her to use her new sense of creative freedom to reinvent who she was or, more precisely, what people knew her for.

Returning to the name ‘Whigfield’, after releasing an album under her own name in 2018, Sannie’s come full-circle. With ‘Suga’ Whigfield have been thrust back into the charts with yet another banging tune. Forever grateful but forever keen to keep moving forwards, Sannie is reminding us all of why we fell in love with Whigfield in the first place.

Listen to Whigfield on Spotify or Apple Music. If you enjoyed this, check our our print magazines HERE.