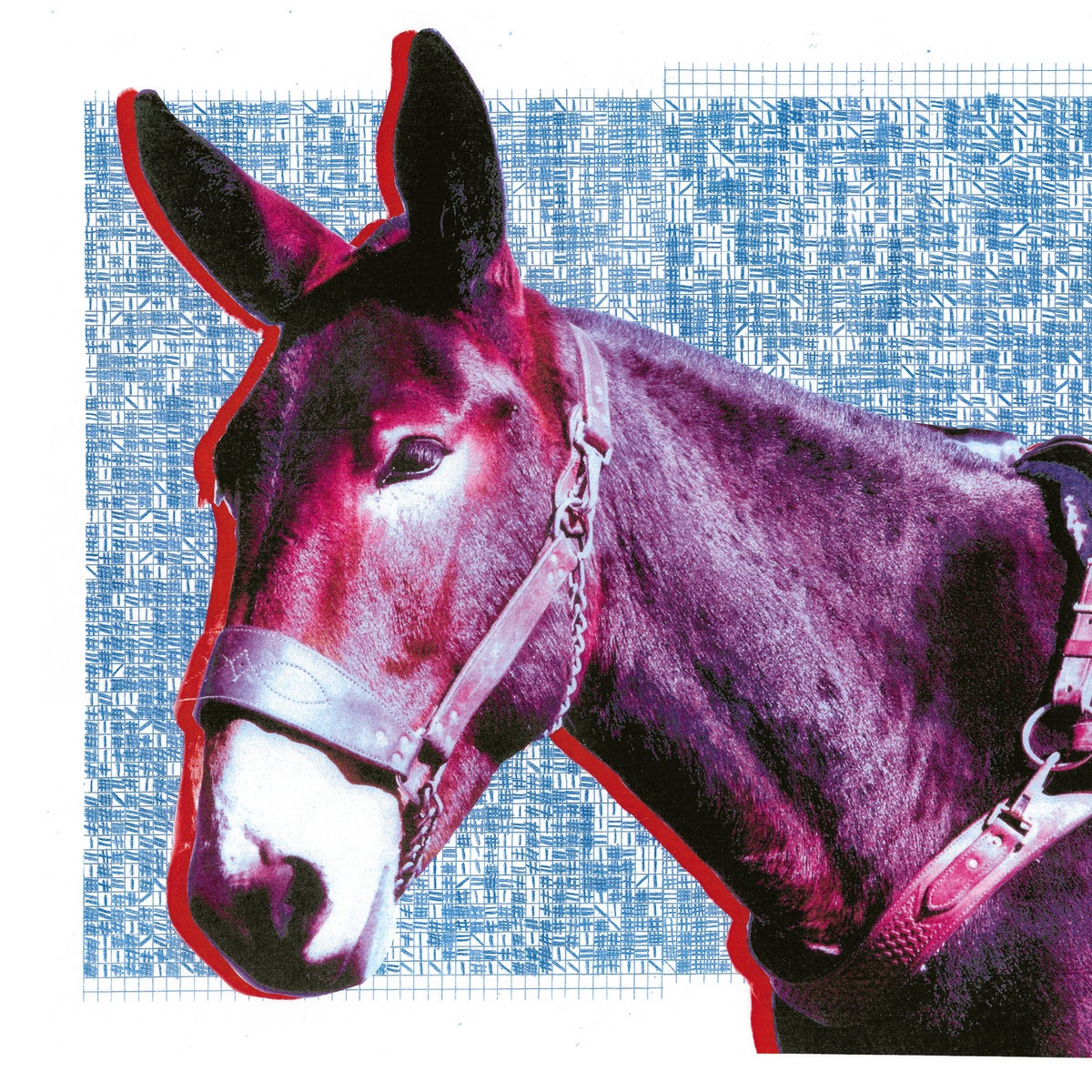 ‘This is the dawning of the day without end / When fear steps into light‘ sings Protomartyr’s Joe Casey, in ‘Day Without End’, the first track of their latest release, Ultimate Success Today. It’s their fifth album, recorded in 2019 but containing a distinct and almost uncannily accurate portrayal of 2020.

Described by Casey as a “possible valediction of some confusingly loud five-act play”, Ultimate Success Today is dark rambling through human nature interfered with by illness, mortality and apocalyptic potential. It’s a treatise on the bad things beyond the horizon, negative futures where the things we’ve come to rely on have completely let us down, or worse, been betrayed by us. ‘What a way to die / Pulled apart by the absence of what sustains us‘ Casey drawls on ‘Modern Business Hymns’, ironically one of the more uptempo, seemingly upbeat tracks.

The album throws images at you: the vacuum of space, fascist dystopias and unknown diseases. Protomartyr find direct inspiration from many of the social, economic and political issues of the day. ‘Processed by the Boys’ takes a charged stance on authoritarianism and the rapid transformation of the US into a police state, directly influenced by ICE. ‘Modern Business Hymns’ talks about the commodification of space and interstellar travel. “We can think about spaceships, but the spaceships are going to be owned by billionaires / Capitalism will exist in space,” Casey stated in an interview recently.

Thematically, it’s creepily clairvoyant. The lyrics of each track seem to latch onto future events and, having been written in the past, can now be seen as sombre warning to a world that’s becoming increasingly fragile. I’m no believer in psychic powers or precognition, but Protomartyr’s lyrics are spookily accurate. “Was that sick feeling colouring how I felt about the state of the world or was it the other way around?” Casey said, mentioning an illness he’d been suffering from that influenced a lot of the writing on Ultimate Success Today.

Protomartyr’s music has always been beat poetry for the modern age – minus the turtleneck-cliches that genre today. What they make is inherently humble, so inward and critical that it can sometimes border on the claustrophobic.

However, Ultimate Success Today is potentially the band’s most musically-expansive record yet. Recorded in a church in New York (ultimately apt for Casey’s sermon-like diction), it draws upon outside help. Alto saxophonist Jemeel Moondoc, musician Nandi Rose Plunkett (of Half Waif), clarinettist Izaak Mills, and cellist Fred Lonberg-Holm all feature on the album, providing rich additions to the gritty undertones, deep basslines and Casey’s staple, eloquent and intimate sprechgesang.

The whole album is driven by the masterful percussion and bass provided by Alex Leonard and Scott Davidson, through which every song is provided with melodics stand alone, rather than relying on any guitar riffs or synth chords to drive their tune. This is especially evident on the tracks ‘Michigan Hammers’ and ‘I Am You Now’, where those underlying elements are worlds in themselves, framing the forthright musicalities of guitarist Greg Ahee and Casey perfectly.

Being able to bring woodwind into the Protomartyr dialect is an unexpected move, but it works. Moondoc’s jazz improvisations steal the show on ‘Tranquilizer’, bringing a frenetic quality that works to marry with Casey’s spoken word-cum-singing in the most lucid and detailed way. These collaborations produce a much ‘warmer’ sounding album than previous Protomartyr releases, and it’s a welcome evolution.

We even get a duet made complete by Half Waif’s Nandi Rose Plunkett on ‘June 21’, her lighter vocals softening the drawl of Protomartyr’s stylistic uniform. It’s potentially the lightest song on the album, even though the lyrics talk of a city slowly degrading after an economic downturn – potentially influenced by Casey’s Detroit-background, a city where the Big Three (General Motors,  Ford Motor Company, and Fiat-Chrysler Automobiles US) were stationed before economic crises led to plant closures, layoffs and bankruptcies. ‘Beyond the garage, a yellow Zephyr on blocks/ Windows rust shut, the fan is not enough/ Feel the heat and sorrow descend into my heart.’

Ultimate Success Today ends as it began: dark and caustic, stumbling in an existential funk that likes to pay lip service to continued life. You wouldn’t be wrong for feeling hopeless as the words ‘So it’s time to say goodbye / I was never too keen on last words / Hope I said something good‘ grace your ears. ‘Remember me, how I lived / I was frightened, always frightened,‘ Casey sings, one of the most introspective and revealing moments in the whole Protomartyr discography, slowly receding into the guitar provided by Ahee.

In the past, Protomartyr’s albums played like books in the bible – histories that in some readings could be mistaken for epic tragicomedies, buoyed by wars, pestilence and problematic male figures. But again, these portrayals aren’t to be confined to any particular periods. They don’t sing of the French Revolution or the destruction of Sodom, nor of British colonialism or the suffragette movement. Theirs is the music of ideas, rather than events. This makes for albums that become methodologies or philosophies, more than pieces of art that exist within themselves – where real events get described in terms of fleeting poetic imagery instead of news forecasts or newspaper articles.

Ultimate Success Today is, therefore, universally applicable – a way for us to see through the murk and find meaning in the madness – even if that meaning isn’t the one we’re here for.