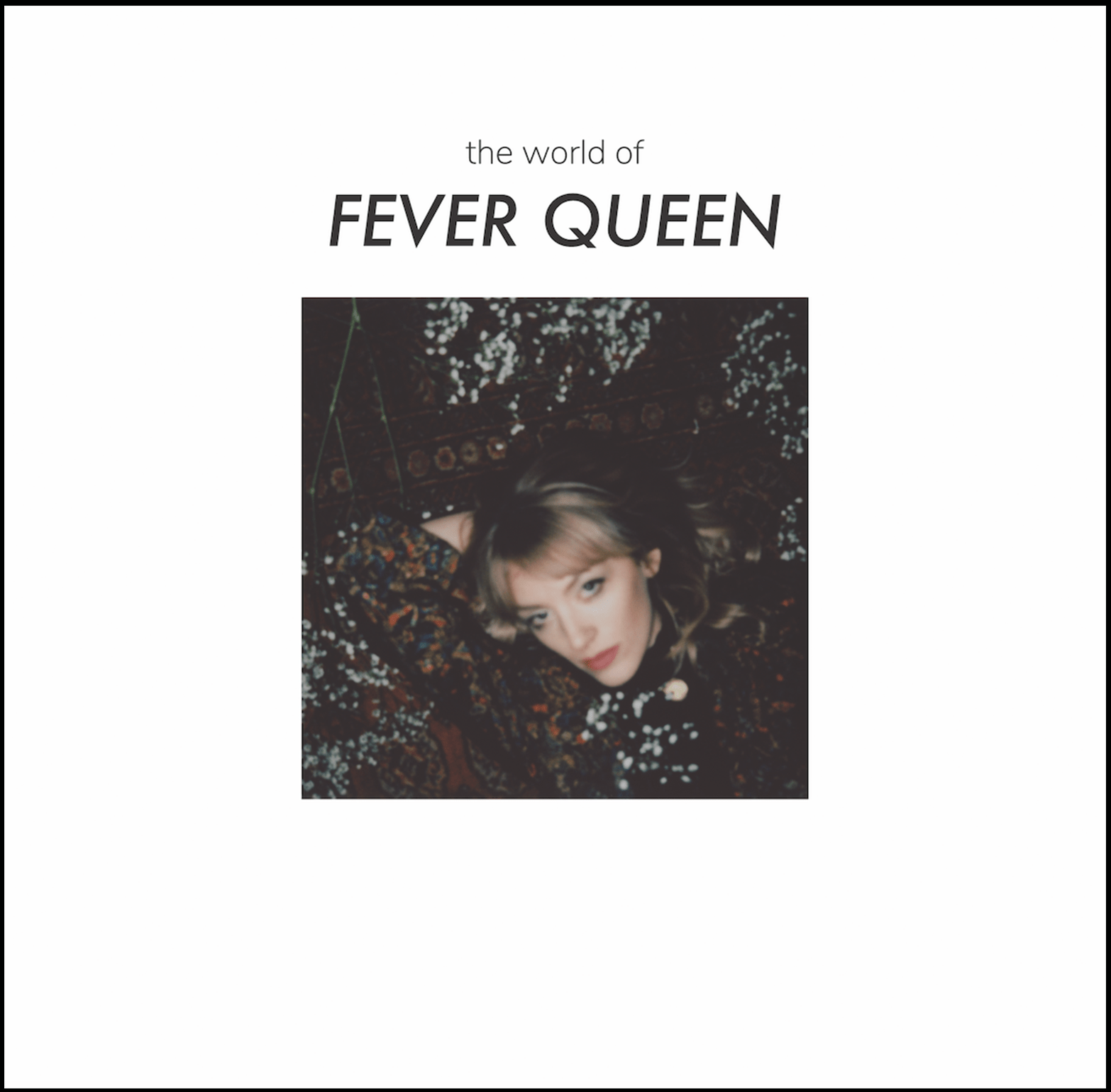 Fever Queen cuts through the competition on debut

Fever Queen has released her debut, and it’s brilliant.

Now more than ever, the danger of DIY music is immediately obvious. Stripped back and raw, the choice of instrumentals and potency of lyrics can quickly reveal the life expectancy of an artist’s creativity. However, when someone arrives with a singular vision, empowered by passion and the willingness to have fun, they stand out like a firework against an empty night sky. That’s exactly what happens when Fever Queen (the alias of Eleanor Rose Lee) opens up the windows into her world on her debut album, The World of Fever Queen.

Adopting a consistent dreamy lo-fi aesthetic throughout, Fever Queen sets up her own symphonic universe. Growling guitars rumble in almost every track, given room to grow with a healthy dose of delay. There’s plenty of riffs, but also melodic sections that add flavour to the tracks too. Songs such as ‘Night Vision’, a driving track that hints at the darkness of insecurity, give evidence to the kind of intense energy Fever Queen can throw down. It’s to her credit then, that further down the tracklist, songs like ‘Steam’ offer up a slow burning sentimental and melancholy sound.

Another frequent component across the record is the synthesizer, which acts as a sort of canvas for Fever Queen to project her beautiful vocals and psych-tinged strings on to. This combination of sound is perhaps best expressed on ‘Last Love’, which sounds like a crossover between the surreal soundtrack of Twin Peaks and a spaghetti western shootout.

The lyrics are kept fairly short and sweet throughout, with almost every track containing a repeated refrain or ending in a triumphant declaration. Embracing a confessional, personal writing style seems to the general approach here. ‘You, You’ and ‘Snake Charmer’ both elude to a feeling of frustration, with the former taking lighthearted jabs at the cult popularity surrounding Phoebe Bridgers, and the fickle opinions of those who worship mainstream music criticism (“You need all your ideas to be pre-approved and me / Singing from my heart was not Pitchfork enough for you”). Much like Bridgers, Fever Queen’s songwriting is pieced together from funny anecdotes and memories. ‘Bear Dream’ is a notable left-field, ‘spoken-word’ track, with Fever Queen candidly reciting a dream she had involving a bear cub roaming around her apartment. It’s a quirky listen and breaks up the album a bit, but I’ll leave you to ponder its deeper meaning.

The staccato lyrical style does allow for some dabbling in experimentation though; vocals fluctuate left and right on ‘Steam’, and are frequently layered to contrast higher register singing with lower register spoken words. The sheer power of Fever Queen’s vocal chords undoubtedly adds a lot of strength to the project. Spending a childhood singing in choirs across Midwest America, her falsetto flows effortlessly over the instrumentals, being textured and empowered by the effects. It’s a skill she’s not afraid to flex.

Following through on her ideas and promises, Fever Queen establishes a world worthy of being lived in. She manages not to alienate the listener by indulging too much in specifics, whilst successfully avoiding the traps that make so much DIY music bland and forgettable. The World of Fever Queen is the catharsis of an emotional journey’s end.

Haiku Review
So nice on the ears
Thanks for showing us your world
Can we stay a while?

Listen to Fever Queen on Spotify and Apple Music. Like this? Try our magazine. It’s where we keep all the really good stuff, available HERE.