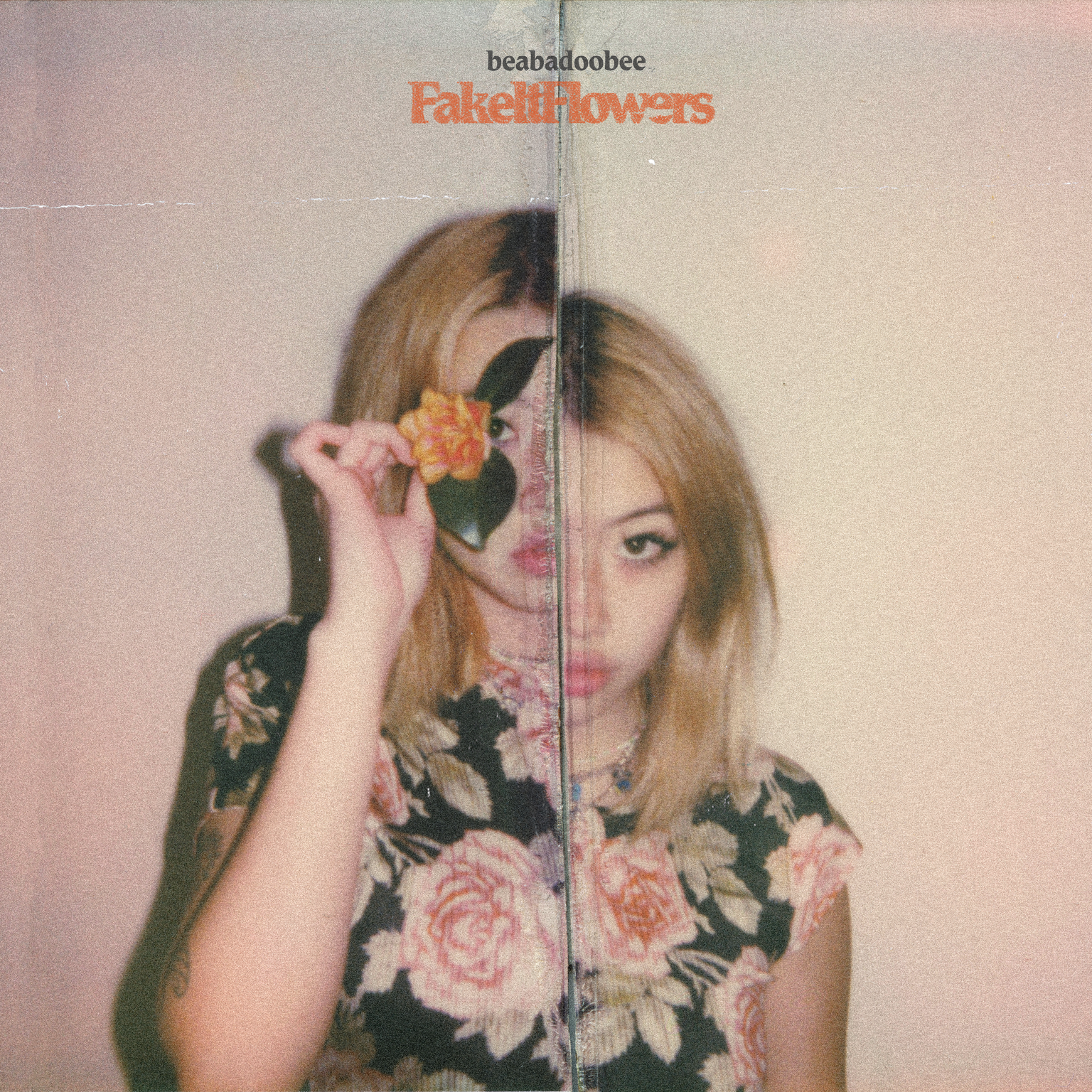 beabadoobee’s Fake It Flowers is a fantastic, energetic album that continuously catches you off guard. Fun, free and liberating, great lyrics dot about alongside heartwarming riffs and punchy choruses – but ultimately, the album acts as a guilty pleasure. It might not win the Mercury Prize, but sometimes you want an album to be that big blanket, bar of chocolate or pumpkin spice latte after a really shitty day.

Early on, beaboobee is keen to show she isn’t a one-trick wonder. A flurry of anthemic tracks are quickly countered by the 90-second ‘Back To Mars’, which shows a more tender side to her songwriting. This short interlude-like number acts as a tension-building countdown to lift off before beabadobee unleashes ‘Charlie Brown’, a pulsating track that sees the singer scream throughout. It’s a far cry from the pop-fuelled opening, and welcome change at that. ‘Emo Song’ unfortunately doesn’t follow suit, as the title suggests, but these subversions and juxtapositions make for an interesting and intriguing listen.

Throughout, songs refuse to stay in their lanes. Instead, they continuously develop, taking you on a sonic journey – it’s a side of beabadoobee I’ve not heard before, nor ever expected to. Her vocals are more dynamic and varied, which gives her sound a more complete feeling. The use of strings in ‘Horen Sarrison’ demonstrates this; it’s refreshing to see beabadobee try something different to the singles and EPs that saw her nominated for last year’s BRITs ‘Critics Choice Award’.

This variety is Fake It Flowers’ strongest asset. ‘Charlie Brown’ has an Avril-Lavigne sound to it, whereas album highlight, ‘Dye It Red’ – which opens with beabadobee kindly singing ‘kiss my ass’ – is reminiscent of ’90s films and TV shows. Think Freaks and Geeks, Freaky Friday, One Tree Hill, 90210 – all the good stuff. It’s a skateboarding soundtrack, a bedroom mirror singalong and a high school heartbreak scene all in one. It’s a sound many of us grew up with, and beabadoobee has resurrected it in 2020.

Adopting a somewhat similar sonic soundscape to labelmates Pale Waves and The 1975, beabadobee nevertheless remembers to add some personality into the mix. Where the former bands trip up in a lack of authenticity, beabadobee excels, resulting in a less polished, more honest and, as a result, purer album. It’s a thoroughly enjoyable record, but whether it’ll stand the test of time remains to be seen. Nevertheless, Fake It Flowers is a perfect listen for ‘Spooktober’.

Haiku Review:
Nostalgia trip with
Many personalities.
Surprise of the year?

Fake it Flowers is out this Friday, 16 October 2020. Listen to beabadoobee on Spotify and Apple Music.