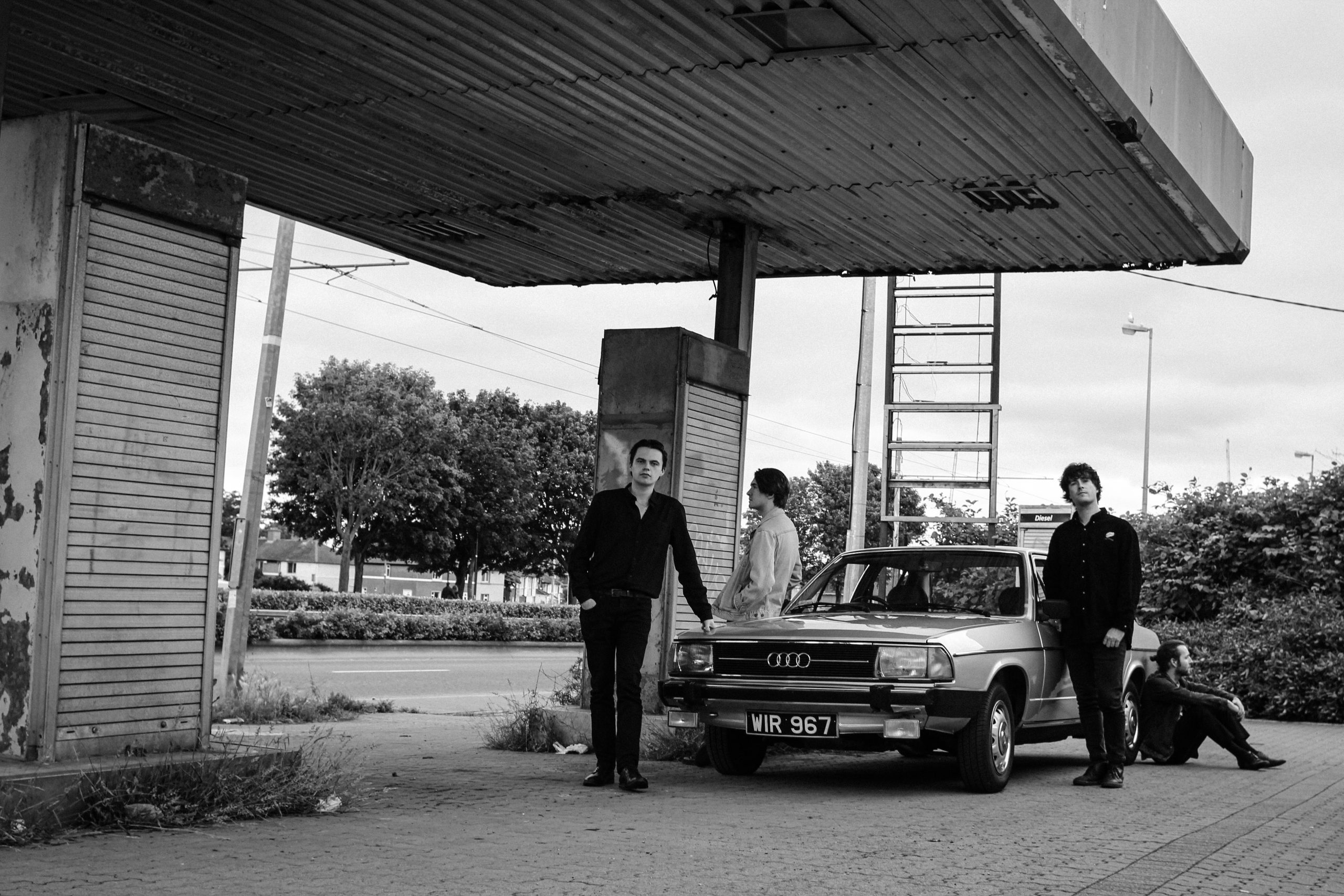 Dublin has delivered the gritty quartet you’ve been waiting for in the shape of TV People. It’s no surprise that with their indie-rock sound they’ve stormed their way into the live scene, and shown they are a dynamic band to watch out for. But while the live scene is currently on hold, the lads have let us in on what they’ve been reading to pass the time.

The Fall by Albert Camus
Bren: I started reading this book while I was living in Amsterdam and working in a bar. I had previously read his book The Stranger and had really enjoyed the philosophical and existential style of his work which adds an interesting element to his narratives. The Fall seemed like a perfect choice for that time of my life as it is about a wealthy Parisian defence lawyer who has a fall from grace and sinks into a debaucherous life in Amsterdam. The story is told from the perspective of the protagonist in conversation with a stranger he meets in a bar. Their conversation explores themes of non-existence, truth and innocence and the temporary relief from anxiety that can be achieved from living a debaucherous lifestyle. These themes really resonated with me and I feel they have some place in the themes of our music at the moment from reading it again recently.

How Music Works by David Byrne
Paul: I’ve been slowly reading this book over the last year since being loaned it by my Talking Heads obsessed friend. David Byrne gives a great insight into lots of different areas surrounding music that I would never have given much thought to, like how trends in song composition and instrumental arrangements are influenced by the performance environments of their time. There’s loads of great autobiographical stuff in there about his own career as well. I love the part of the book where he shares his experiences with CBGB’s in New York and describes how to start and cultivate an active music scene. It’s a really insightful read and I’ve found myself flicking back to it more and more the longer we’ve been doing the band.

Mortality by Christopher Hitchens
Bren: I first encountered Christopher Hitchens when I was interested in new atheism and was shaking off the catholic hangover Irish people experience from attending catholic schools. I always found him extremely eloquent and convincing in his works. Mortality is a collection of essays he wrote while dying from cancer which I read recently. I found some of his views on his impending death and his reflections on his life very interesting. For example, he describes how death is necessary for people to fully mature and become their full selves as otherwise we would always be in the shadow of our elders. He also reflects on his booze-heavy lifestyle when considering his sickness –  “In one way, I suppose, I have been “in denial” for some time, knowingly burning the candle at both ends and finding that it often gives a lovely light.” I always thought this was a nice image and a defiance against his critics for enjoying the time he had despite the consequences.

Killing Commendatore by Haruki Murakami
Bren: This is a book that I’m currently reading. I’ve always been a fan of the surrealist style of Murakami and how his work can make you think of the world in a dream-like qualitative way. The story describes an unnamed portrait painter whose wife leaves him and so he decides to return to painting abstract art. He struggles with isolation and artistic block as he tries to paint his old style in a remote cabin while listening to old records. I think every band can relate to feeling uncreative from time to time and that element of this book has been interesting for me so far.

Sapiens: A Brief History of Humankind by Yuval Noah Harari
Paul: I started reading this at the beginning of lockdown this year. The book gives an overview of human history from about 70,000 years ago to today. Harari describes how humans have evolved to require collective belief in shared myth and symbolism in order to peacefully coexist and share an identity with each other. He talks about how our brains are wired to fear ‘the other’ and how we can revert to tribal thinking when we encounter people who hold opposing beliefs. I found this relevant to a lot of the problems that we’re experiencing in the world at the moment with political extremism, nationalism and racism. It’s encouraged me to be more aware of my own biases and to focus on what I have in common with other people as opposed to how we differ.

Listen to TV People on Spotify and Apple Music.