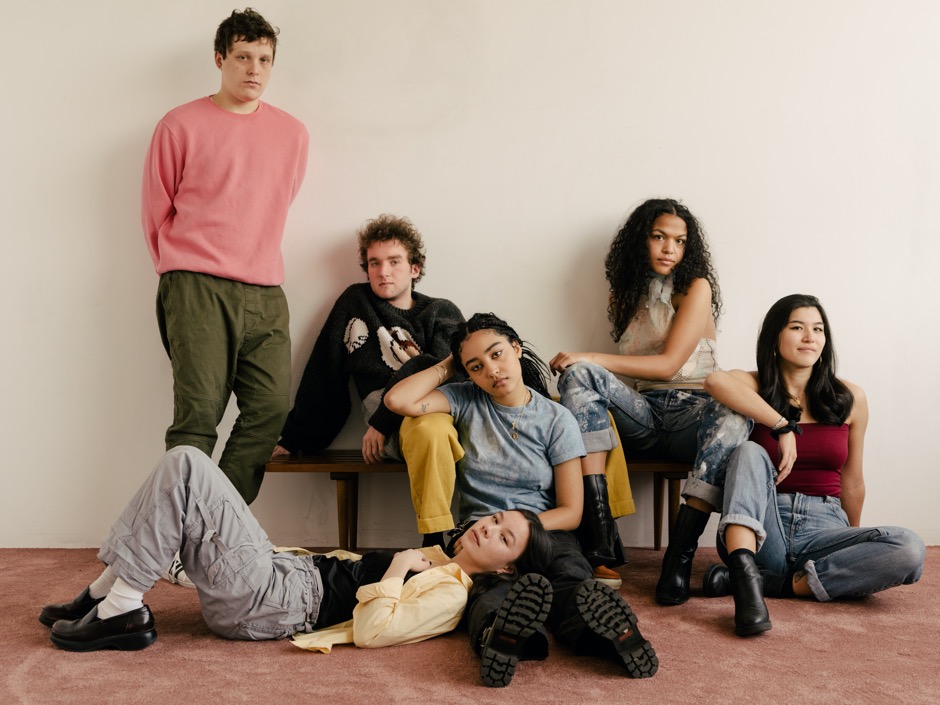 Ones to Watch with One Great Song.

Despite the drama of 2020, the emergence of new music has kept our spirits high. We’ve teamed up with One Great Song to select 10 of the year’s best breakthrough artists for you to keep an eye on in 2021. Here’s this years Ones to Watch list.

I miss New York. It’s the most magical city in the world. A melting pot of people, smells, aromas and attitudes, it has everything you could possibly need and then some. The city’s illustrious music history is world-renowned and once again, another band is emerging from ‘The Big Apple’s’ underground.

A majority queer, POC band, MICHELLE are an all-conquering collective from ‘the city that never sleeps’. Jamee Lockard, Layla Ku, Sofia D’Angelo and Emma Lee take care of vocals while Julian Kaufman and Charlie Kilgore look after production and arrangements.

They sound like the sun setting on Central Park, blinding rays creeping through the canopy of trees. Having teamed up with Arlo Parks this year, and with a UK tour set for the New Year, MICHELLE are making waves on both sides of the pond.

It’s proper miserable in Manchester right now. It’s grey. It’s cold. It’s damp. The rain is relentless and there’s only so many times I can wear my green raincoat before I get bored of looking like the grinch. Despite my desire to sit on the couch, eat my weight in Quality Streets and binge the rest of Killing Eve – I’m late to the party, I know – I’ve forced myself to go out on a few walks when the weather permits.

Hands glued to a takeout coffee, or a flask of tea, and using my mask for protection against both the virus and the freezing cold, Swallow Cave’s limited discography have been the perfect antidote to my puddle-hopping antics. Coupling a murky soundscape with pensive lyricism, their handful of releases have been on repeat throughout 2020, and I’m expecting even more in 2021.

Sierra Ferrell is the real deal. Banjos and a country vocal sweeter than a Terry’s Chocolate Orange hot chocolate from Costa – proper tasty drink that, by the way – she’s making her case to become ‘country music’s next big thing’.

There’s a real classiness to everything Sierra does. With just two original tracks out so far – alongside a double helping of Christmas covers – Sierra Ferrell is keeping her cards close to her chest. But, she’s well worth going all in on in 2021.

Low-fi indie pop is very ‘on trend’ at the moment. Galway outfit, NewDad, have hints of Clairo about them, meaning they’re right up my street. In fact, they’re so far up my street they’ve practically moved in, which has made social-distancing very, very, very tricky.

The songwriting talents are subtly obvious. There’s an intriguing naivety to the lyrics, a plain ambiguity. It’s utterly fascinating, and taking the time to try and unpick the meaning has helped pass time in lockdown.

Ireland is a conveyor belt of new talent currently, with Fontaines D.C., The Murder Capital, Inhaler, whenyoung and CMAT all emerging over recent years and NewDad have the talent to become the next big thing from ‘The Emerald Isle’.

A few months ago, when cafe’s were open and you could get a latte in a mug rather than a cardboard cup with a manky plastic top, I often visited Idle Hands in Manchester’s Northern Quarter, just to get out of the flat and feel something…

Idle Hands often has good music playing. Alongside their ridiculous pie selection, which are all well worth the calories, the music is the main reason for going there.

After a few visited, I noticed a familiar track playing and scrambled for my phone, searching for ‘Shazam’ on my newly designed home screen. It turned out to by JGRREY’s ‘For Keeps’.

Her sound is proper Laaandan. Lily Allen vibes, melodies for days, a radiant positivity shines through every second. JGRREY’s developed a consistency over her few releases, expect this to continue next year.

Let’s be honest, being able to write and perform a few catchy alt-pop bops alone is satisfying enough for most of us; but Liverpool’s Lizzie Hillesdon, best known as Pixey, is all of that and so much more.

2020 has seen the writer, performer, producer and multi-instrumentalist burst into the spotlight after years of bubbling below the surface of the Merseyside scene. Having signed to the legendary Chess Club Records early this year, the alt-pop starlet has presented our tired ears with some glistening, uplifting pop gems and nestled herself nicely amongst the likes of Phoebe Green and Baby Queen in doing so.

If you weren’t already hooked by Lizzie’s earlier work, including the 2019 EP Colours, then ‘Just Move’ and ‘Free to Live in Colour’ should have you as dazzled as the lights on your Christmas tree.

Keep an eye out for the Northern pop-powerhouse in 2021, you’ll be thanking us later.

If, like us, you are a lover of gritty indie-punk led by girls possessing that ‘When I grow up, I want to be as cool as her’ style of effortless attitude (CC: Wolf Alice & Dream Wife) then boy are you going to love Dead Pony.

The Glasgow punks have tackled this year with fierce, no-nonsense attitude; chucking aside those bored, toxic people who seem to have more concern over your life than they do their own and churning out thrilling, enigmatic punk like ‘Sharp Tongues’ and ’23, Never Me’ instead.

It’s gritty, it’s catchy and it’s downright empowering; but I’ll let you find out for yourselves. Let us know when you find yourself bounding around your kitchen and brimming with a no-fucks-given attitude.

There are few artists around these days who can simultaneously create a sense of nostalgia and excitement within their sound; enter London/Bournemouth duo Dirty Nice.

The pair have spent their year carving out one hell of a path for themselves and their transportive, atmospheric synth-pop. Most recent singles ‘Sunshine End Times’ and ‘The Deep Down’ have seen Charlie and Mark erupt into a world of captivating, experimental electronic lines and kaleidoscopic melodies which feel like 00’s indie has been given a swift kick up the backside and brought into 2020 purposely to drag us out of reality and into a state of pure euphoric bliss.

A guaranteed treat for fans of everything from Peace and Swim Deep through to The 1975 and even The XX, Dirty Nice have a lot up their sleeves and I for one can’t wait to hear it.

If you’re into Spotify editorial playlists then chances are, you’re already onto Aussie newcomer Hauskey and his catchy blend of DIY pop. Freshly signed with Polydor, debut single ‘Slow’ is everything you could possibly want in a pop song. Synchronously uplifting and soothing, it’s almost as if he should be giving lessons in songwriting (Oh wait, he’s already done that!).

The six-track EP, Slow, brimming with breezy charisma and hints of RnB grooves will no doubt charm your socks off before you’ve reached the halfway mark. You know those people who are just so good at something it seems like they’ve hardly even tried? That’s Hauskey.

Watch out Kylie, Australia’s got a new pop star in the making.

Check out our review of Hauskey’s EP, here.

Leeds is a city with big musical potential, and this year Eades are in possession of the majority of it. During their brief stint in the spotlight the band have smashed through a total of eight releases – and almost as many genres in the process.

Flicking back and forth between plucky, energetic indie-pop and gritty garage-rock influences, Eades have managed to keep their releases just as exciting as the prospect of a pint (minus the substantial meal); making a very admirable dent on the new music scene, despite being unable to tour.

Fusing their combined experiences and tastes into an ever changing, but ever tight, soundscape, Eades are a band on the brink of a breakthrough; give ‘Same Guy‘ a spin and find out for yourselves.

There’s loads more artists we think are worth keeping an eye on in 2021, so we’ve put them in Ones to Watch playlist for you.

Liking the sound of our Ones to Watch list? Why not grab our magazine, available here.