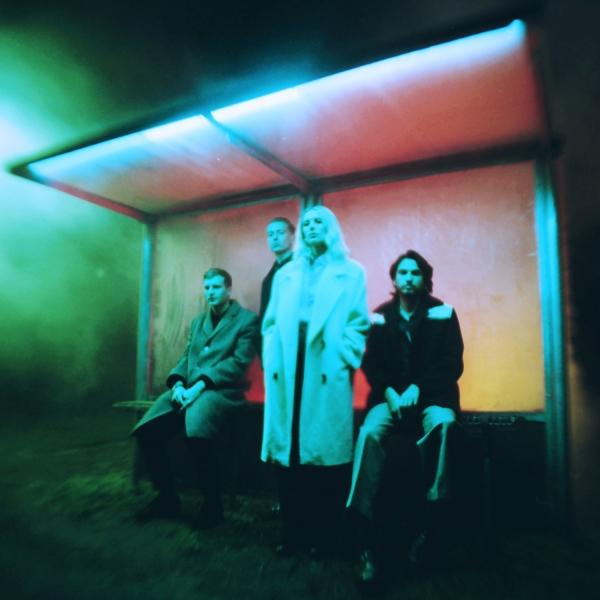 Blue Weekend suggests melancholic themes, but the third album from Wolf Alice is an aspirational statement shrouded in positivity, that showcases a band completely confident in their ability – a far cry from the timid quartet that arrived on the scene several years ago.

Blue Weekend maintains the artistic endeavour you’d expect from a Mercury Prize winning band. It’s cohesive in every aspect. Bookended by ‘The Beach’ and ‘The Beach II’, it’s been carefully woven together.

It’s balanced finely, like a seesaw with an identical twin at each end. ‘Smile’ and ‘Play The Greatest Hits’ provide an angsty number on each side, while tender tracks are found consistently throughout, showcasing Ellie Rowsell’s ever mature songwriting and ever adaptable vocal (‘How Can I Make It Ok?’, ‘Safe From Heartbreak’, ‘Lipstick on the Glass’).

The band have consistently developed a reputation for producing slow-burn anthems (‘Bros’, ‘Silk’, ‘Don’t Delete The Kisses’) and lead single ‘The Last Man on Earth’ demonstrates this once again. But this isn’t the only example of the band’s ability to create a stripped-back song that nevertheless packs a punch. ‘No Hard Feelings’ is delicately heartbreaking, while ‘How Can I Make It Ok?’ is tribal in its chanting chorus, despite the lyrics detailing that desperation love triggers within us all.

Blue Weekend is a statement from a band refusing to remain static. Ever-evolving and effervescent, Wolf Alice continue to produce glamorous music pulsing with personality.