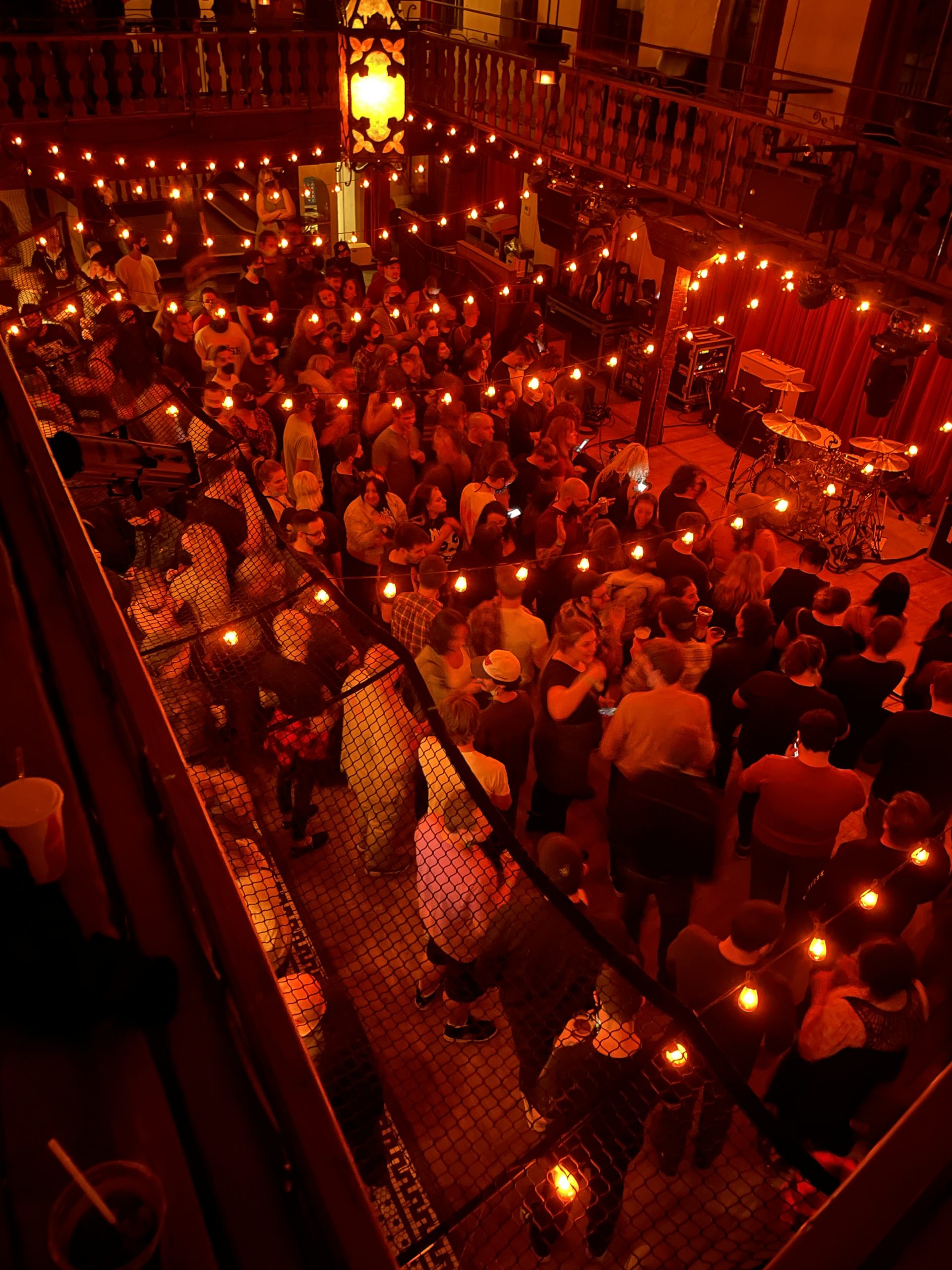 October 14, 2021 was my second live show in nearly two years. I ventured off to a venue called The Colony in Woodstock, NY – yes, that Woodstock. I’d never been before, but I will definitely be going back. The old, rustic building was tiny; it probably has a capacity of 3-400 people. The stage is probably a foot off the ground, and the awning over it is so low, one of the bass players smashed his head whilst leaping in the air like a true maniac. As an added bonus, there are two levels for optimum viewing if you’re short and get stuck behind a 6′ 2″ motherfucker like me. Can’t control genetics, sorry.

It was the perfect place to see a band like The Menzingers.

In case you’re not familiar, The Menzingers are what I like to describe as an Americana rock band disguised as a punk band. Sure, their songs are often fast and loose enough to instill plenty of rowdiness from a crowd of people with 18 months worth of pent up energy. But they’re also relatable, in a Springsteen sort of way. They don’t sing of glitz and glamour – they sing about the middle class twenty and thirty somethings, with poignant stories that more often than not, involve alcohol. A whole lot of alcohol. (‘Building castles of cans and bottles // drinking like they do in novels’, is just one of many lyrics the sold-out crowd sang back at the top of their lungs that night.)

It was fitting that my first time seeing one of my favourite bands was coming out of a live show draught. The energy was infectious. Sure, at 33, my crowd surfing days are over. But seeing fans give it a go again put a smile on my face.

It’s also worth mentioning that The Dirty Nil – one of the best rock bands of our generation – kicked things off with a set that honestly gave the headliners a run for their money. The Canadian trio had more charisma than opening bands generally have, and made the middle band (Worriers) seem like bored schoolchildren. I’ll give them the benefit of the doubt though – they didn’t have an easy act to follow.

All that’s to say, I woke up with a hoarse voice. Some ringing in my ears. And a sore back. And I couldn’t be happier. Viva la punk rock. Viva la live music.