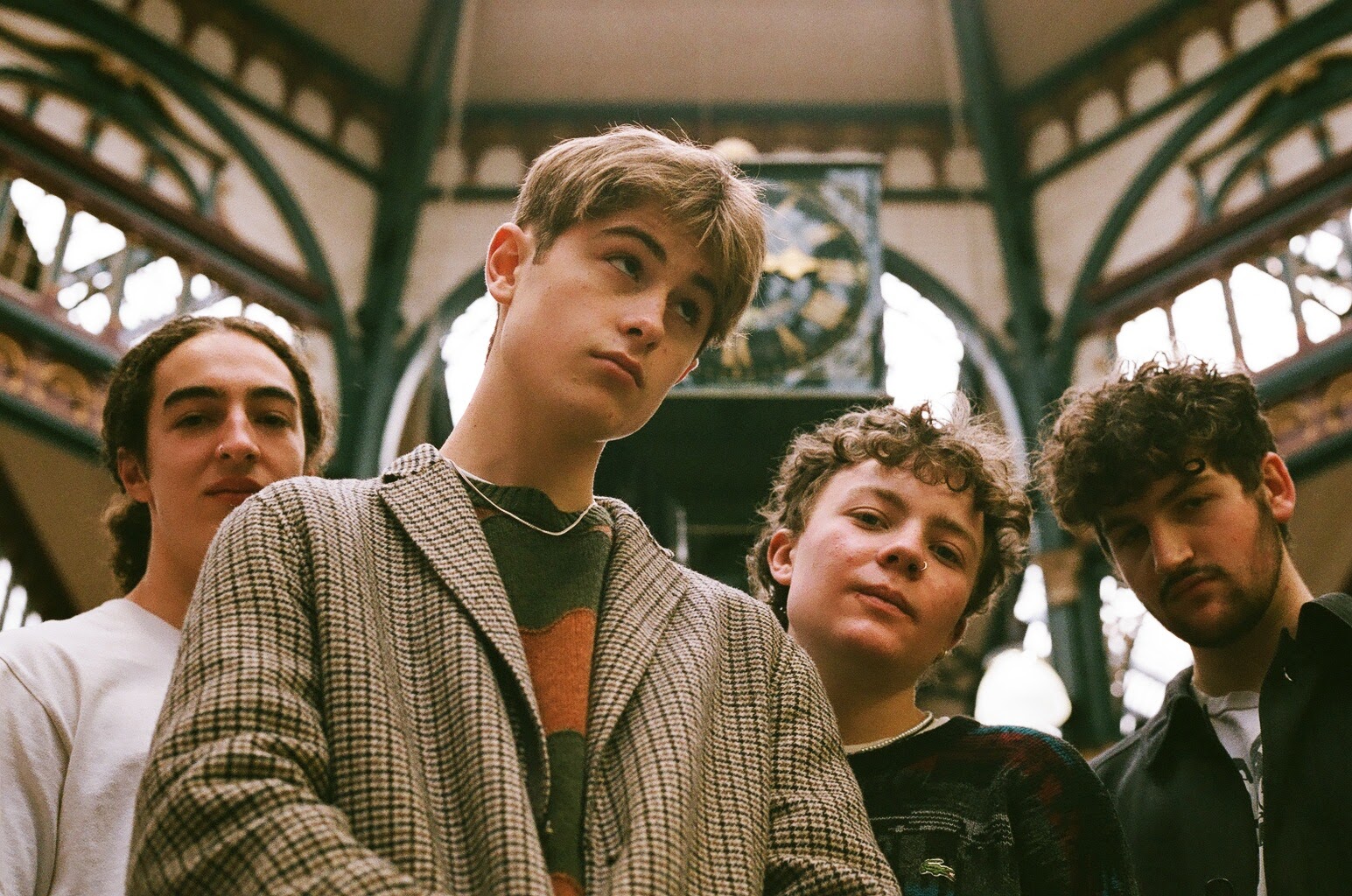 After getting aggressively ID’d on the doors going into The Fiddler on Kilburn High Road – an unfamiliar setting which made me already feel on edge in an unknown part of town – I was confused as how these incredibly fresh-faced lads towards the front had got in… it was, of course, L’Objectif showing their respect to their support band, Honeyglaze.

Hailing straight from their school gates in Leeds, L’Objectif, two of whom have been playing together since they were only twelve, gallivanted on stage to play their debut London gig with a beaming-but-serious demeanour – the kind professors ready to educate a class of teens puts on.

L’Objectif raged in with their opening track ‘Same Thing’, showing the crowd they weren’t going to get softly eased in. Bassist, Ezra, already thrashing at all four strings, leaps off the stage into the front of the crowd, performing a headbanging routine to the beat of an outstretched and well-meditated instrumental. Although the stage was small, it gave the wee Northerner a challenge to get back up. It came as a humorous surprise when the lead singer, Saul, replied to the fans’ cheers and applause with a request for some booing – the crowd joyfully obliged.

For the entirety of the first half, the band played largely instrumentally, with vocals only really being truly audible in choruses. Reminding me of post-rock band Slint but with more of what I’d call a depressed beach rock feel to it channelling a lane somewhere in-between those of Swim Deep and Deep Purple, soft indie rock and heavy metal. However, this may have been the man with a long grey ponytail in front of me, taking his patchwork denim vest for a ride, skewing the sonic realism in the room. Or, the disgruntled middle-aged man ranting that the set was too short to his wife after the band, bar the frontman, left the stage.

At this point the frontman delved into a solo indulgence. Performing polished tracks that he has clearly mastered in his bedroom over long months of isolation. It was refreshing and certainly virtuoso. The rest of the band came back on, congratulatory, after ten or so minutes of Tom Waits style solitude.

The show ended with the band gearing the likely lads at the front to mosh and thrash, the bassist again getting involved, frontman too. I forget how much energy boys have at seventeen.